Years ago, news of Asian women dying during pregnancy and of girls getting married in their teenage years shook the hearts of Gospel for Asia staff and field partners like the Believers Church led by Dr. KP Yohannan Metropolitan. A lack of education about the dangers of certain practices and traditions only perpetuated the heartbreaking reality.

So Gospel for Asia-supported workers decided to do something about it. They began a women’s health care program, which would teach rural women about personal health and hygiene, first aid and child care. They surveyed villages to see what were the greatest needs; then, with the help of professional medical doctors, they put together a two-year plan consisting of 24 teaching modules.

More than 600 women trained to deliver life-saving information to the women in their communities and neighboring villages. Four two years, they conducted seminars, investing valuable time in teaching women basic, practical aspects of health care that were never taught to them before.

Sarasi was one of those women who attended a health care seminar conducted by a Gospel for Asia-supported woman missionary. And that seminar ended up changing the course of her life. This is some of her story:

Learning How to Save Her Baby

Not a single nurse or doctor could be found among the 1,500 people in Kinjal’s village, yet the lack of medical help hardly concerned the general population. Along the dirt roads that wove through the thatched-roof homes in the village lived superstitions and misunderstandings about health care, especially concerning pregnancies.

Some people thought visiting the doctor would result in worse health after taking all the prescribed medicine, while others were simply afraid of receiving shots or swallowing pills. Some women feared that iron supplements taken during pregnancy would cause the baby to grow faster and hurt the mother in the process.

A lack of knowledge about general health and hygiene also caused many people to get sick. Some worked outside all day in the intense humidity and wore the same sweat-drenched clothes for several days at a time—without taking baths. In the homes, surroundings were often dirty, and food could be found uncovered, inviting insects and other critters to a feast.

In light of their neighbors’ living situations, Kinjal and her husband, a GFA-supported pastor named Rahas, recognized the crucial need to conduct a health care training seminar for the women in their village. One of those women was Sarasi.

Sarasi and her husband, Cholan, were both believers and were married for five years before they had their first daughter. A few years later, Sarasi became pregnant again. Like many women in her village, Sarasi didn’t know how to take care of her body while expecting a child—nobody had taught her how.

Visiting the doctor for a pregnancy checkup was unheard of in her family. Being a hard worker, Sarasi often carried heavy loads that strained her body, and she knew little about the importance of day-to-day cleanliness in the home, including the simple act of hand washing.  Sadly, unawareness led to Sarasi’s eventual miscarriage during her second pregnancy.

“I was very sad when I learned that our baby died in my wife’s womb,” Cholan remembers. “I regretted the situation we lived in because none of us had the knowledge or information about how to take care of a pregnant lady.”

Yet in their time of grief, Sarasi and Cholan found comfort in the encouragement of their neighbors, Kinjal and Pastor Rahas—and in the presence of the Lord.

Sometime later, Kinjal invited Sarasi to attend a health care training seminar in the village, led by the local Women’s Fellowship. During the training, approximately 30 women learned how to take care of themselves and their families, including little ones growing in the womb.

Sarasi and the other women were taught how important it is for women to visit the doctor and take prescribed medicines and to put fewer, less physical demands on their bodies when they are pregnant. They also learned simple ways to keep a household clean and free of dangerous bacteria.

Sarasi’s family is healthy now, and it’s growing: The Lord blessed Sarasi and Cholan with a baby boy not long after the seminar. The proud parents know their son is a gift from God.

“I will teach my child to trust and believe in God,” Cholan says. “[I will tell him], ‘It is our trust and faith in Jesus that you were born healthy and sound, so you are actually a gift and an answer from our God.’ ”

In 2016, GFA-supported workers helped 381,412 women by giving them free health care training. That’s hundreds of thousands of women who now know more about childcare, first aid and the basics of personal health and hygiene—things like proper handwashing, which will help reduce the risk of disease.

We’re grateful for how the Lord has used this health care program in the lives of thousands of people—and how it has helped at least one couple have a healthy pregnancy. 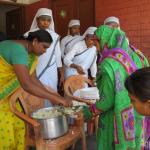 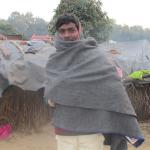 October 23, 2017 Slum Dwellers Suffer the Most Without Blankets to Keep Warm Reports Gospel for Asia
Recent Comments
0 | Leave a Comment
Browse Our Archives
get the latest updates from
What Motivates Us.
and the Patheos
Evangelical
Channel
POPULAR AT PATHEOS Evangelical
1