Abhaya Was 8 the First Time He Went to School, Only to Be Ridiculed, Reports Gospel for Asia

Abhaya Was 8 the First Time He Went to School, Only to Be Ridiculed, Reports Gospel for Asia November 2, 2017 GFA Staff Writer

Can you imagine, as a parent, watching your child suffer while you stand by unable to help him? You send him off to beg on the streets in order to make money for a crucial surgery that he needs, but somehow that extra money he earns is always needed for other things. The hope for healing grows dim as years pass by.

That is the condition Sanjita and her husband Chatur where found in until they were blessed by a local teacher and Gospel for Asia Bridge of Hope Program.

Anxiety in the Delivery Room

“The size of his head is abnormally large,” the doctor explained to anxious Sanjita and Chatur shortly after their son was born. “The reason might be malnutrition during the mother’s pregnancy. We can bring it to a normal size after doing an operation. But we have to wait until he grows older.” He paused, then his voice changed to one filled with gravity, “It needs lots of money for the operation.”

The birth of Abhaya caused conflicting emotions to surface in Sanjita and Chatur’s hearts. While bearing a son brought honor and joy in their culture, their son’s condition only exasperated their already poverty-stricken lives. And every time they brought little Abhaya to the hospital, they heard the same weary words from the doctor: “It will take a lot of money.”

Once Abhaya grew old enough, Chatur and Sanjita sent him to the streets to beg, hoping they would eventually receive enough for his operation. But after one month of begging, they had to use the money they had collected to meet other expenses.

But one day all of this changed for little Abhaya when a kindhearted teacher, Rajat, found Abhaya begging on the street. With deep concern, he urged Chatur and Sanjita not to use their son as a beggar but instead, send him to school. He explained the importance of an education and what a wonderful tool it could become in Abhaya’s life.

From then on, Rajat came by each morning to see if he could take Abhaya to school with him. Seeing his determination and concern, Abhaya’s parents eventually agreed to give their son an education.

Abhaya was 8 years old the very first time he ever set foot inside a school, only to be ridiculed. His physical condition hindered him from catching on quickly, and it prompted severe mockery from others. One day Abhaya came home and told his parents that one of his teachers called him “the big head boy.” Immediately, Chatur went to the school and talked with the principal. He wouldn’t allow a teacher to ridicule his son. The principal assured Chatur that would be the last time Abhaya was the target of any teacher’s scorn. But it didn’t stop the students.

Day after day, Abhaya endured the name calling and teasing from his peers. He had no friends, and the circumstances only made it more difficult for him to get his homework done on time.

Rajat noticed Abhaya’s struggles and shared his plight with one of his friends at a Gospel for Asia – supported Bridge of Hope center, hoping they could help him out. The Bridge of Hope staff talked with Abhaya’s parents, and they soon had him enrolled in the center.

Abhaya received such love and care at the center, something he had never experienced at school. He learned to read and write with helpful rhymes and games that were tailored to his needs, and he grew under the gentle tutelage of the staff at Bridge of Hope. At his school, his teachers noticed his improvement and consistency in turning in all his assignments on time.

Not only did the Bridge of Hope staff offer love and care to Abhaya, they also sought to help him get the medical attention he needed. When they noticed the young boy was suffering from an eye condition, they helped provide the funds needed for an eye surgery. They also made sure Abhaya and the other Bridge of Hope students had a nutritious meal at the center, which helped them grow strong and healthy.

By seeing this display of compassion through Bridge of Hope, Abhaya’s parents were greatly blessed and encouraged. Now they have hope for Abhaya’s future.

The Bridge of Hope Staff were influential in little Abyhaya’s life. Although he struggled with physical disabilities, Abhaya was able to learn and do well in his studies through the gentle and well-paced teaching of the Bridge of Hope staff. The staff stood beside him, and because of their love and concern, Abhaya can now live a hopeful life and go on to a better future than his parents ever imagined.

We’re so thankful for the Bridge of Hope staff and their commitment to serve the children in their communities—not only by helping with their schooling and providing food, but with extending love and compassion. Just like the staff were there for Abhaya—many staff pour into the lives of the precious kids around them with genuine love and concern. Everyone needs to feel they are loved and valued and that is the aim of the staff. Exuding the love of God to each child under their care, Bridge of Hope gives children a safe place for them to grow.

Learn more about Bridge of Hope and Dr. KP Yohannan’s burden to rescue the children of Asia from a hopeless life of poverty. 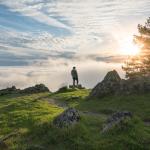 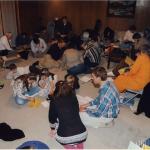 November 3, 2017 How Might We Incorporate More Prayer Into Our Lives? Recalls Gospel for Asia
Recent Comments
0 | Leave a Comment
Browse Our Archives
get the latest from
What Motivates Us.
Sign up for our newsletter
POPULAR AT PATHEOS Evangelical
1

Act the Man and Build
The Chorus In The Chaos
Related posts from What Motivates Us.