“What do you want to be when you grow up?”

“An intercontinental airplane pilot.” (Oh yes, I have heard that one.)

Whatever they can think of that is the most exciting, most adventurous thing…that is what they want to become. And who would tell a 5-year-old, “Well, I think that’s just a bit out there. Why don’t we sit down and think about some more realistic things you can do when you grow up?”

We give children the freedom to dream. They’re supposed to dream.

But you know what? There are millions of children in Asia who don’t even know how to dream. You want to know why? Because for generations before them, who they will be when they grow up has already been dictated by their social status.

But things are changing!

Young boys and girls are dreaming. They’re growing up and chasing after those dreams—even if there are hurdles and challenges. They’re not giving up. They’re changing their destinies.

The following story is about a fisherman’s son who wanted to be a doctor.

An Unusual Catch for a Fisherman’s Son

In 2005, Ishayu entered a newly opened Gospel for Asia (GFA)-supported Bridge of Hope center near his home.

Like millions of other children in South Asia, Ishayu grew up in poverty with no way of escape. But he had a dream.

“From my childhood, my aim was to become a doctor, so I worked very hard for that,” Ishayu shares. “The Bridge of Hope staff helped me a lot by teaching me and supporting me through prayer.”

When Ishayu graduated from the program in 2012, more than 60,000 other children filled Bridge of Hope centers across South Asia, receiving the same opportunity Ishayu had received—the opportunity to study and grow in their God-given skills and talents.

By the time Ishayu graduated from Bridge of Hope, he was the best student in his school. His dreams of becoming a doctor seemed to be within his grasp. He took his final high school exams with a focus on biology and scored 97.5 percent. Ishayu might actually become a doctor.

But there was a problem: He didn’t make it into college. He applied again and still didn’t make it. He was told he would need to pay 2 million rupees if he wanted a seat.

The son of a poor fisherman could never pay such a large fee. And yet, against all odds, hope burned in Ishayu’s heart.

The 19-year-old approached the staff of his childhood Bridge of Hope center. These were the men and women who had helped him study and grow for seven years of his life, who had continually prayed for and encouraged him. Ishayu shared with them the situation he now faced, and they, like they had always done, responded with prayer.

Afterward, Ishayu tried one more time, and finally he was able to enter college without paying the exorbitant fee!

“God heard our prayers,” he said, overwhelmed with joy.

Against all odds, the son of a poor fisherman had found the opportunity to become a surgeon.

We at Gospel for Asia (GFA) give glory to God for the changes He is bringing about in this generation of young people. We believe in and pray for Ishayu to see his childhood dream come true. I, for one, believe that was something the Lord placed inside him, and He will see it accomplished. We’re thankful for Bridge of Hope and how the staff helped that young man overcome the hurdles and challenges he faced. Our hearts are united with him and the thousands of others who have learned to dream and chase after those dreams!

Bridge of Hope centers all across Asia are providing impoverished children opportunities to become whatever they want to be when they grow up… Well, except for a pirate.

For more blogs from Gospel for Asia on Patheos, go here. 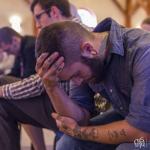 November 15, 2017
Students Are Immersed in a Culture of Prayer at GFA's School of Discipleship
Next Post 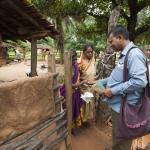