In Luke chapter 15 we find the parable about the prodigal younger son, who comes to his senses once he loses everything, and returns back home to a loving, gracious father. Kaling’s life is similar to the story Jesus shared with tax collectors, sinners, scribes and Pharisees.

The heart of our Heavenly Father remains the same through the ages. Even though we may wander far from home, God desires to redeem the past, and draw us close to Himself. And sometimes He may go to great lengths to show us that grace. Just like he did for Kaling through Gospel for Asia-supported Sisters of Compassion.

The Redemption of a Dying Man

Kaling never listened to his father’s instructions, even as a little boy. His father tried to teach him how to live a good life, but despite all the guidance he received, Kaling had a disobedient and unchanging heart. Eventually, his father would no longer endure his son’s shameful behavior.

Kaling was only a boy of 14 when his father disowned him. Because of his father’s rejection, Kaling decided he would run away forever. He moved to another country where he eventually married and settled down to raise a family of his own.

After nearly 30 years of residing in one area, Kaling sent his wife and children back to his own country, while he moved alone to a remote village several hours away. For eight years, Kaling earned a good income cutting wood from the jungle and selling it for house construction.

Even though Kaling prospered in material things and was strong and physically healthy, his life hadn’t changed from that of his rebellious teenage years. He wasted his income every week by gathering his friends to eat and drink with him. But just like the prodigal son in Jesus’ parable, Kaling would eventually face the emptiness of his pursuits.

Some time later, Kaling contracted a breathing problem after suffering from malaria. Kaling spent an enormous amount of money on medication and doctors, but nothing brought him relief or healing. And when he needed help the most, none his friends troubled themselves to be there for him. Kaling felt forsaken.

Compassion Meets Kaling in His Time of Need

But one day Kaling’s life changed when two Gospel for Asia-supported women missionaries, Aadita and Risha, came to his remote village. As they visited the homes of the villagers to pray and offer encouragement, they heard disparaging remarks about Kaling.

“Kaling is severely ill, and he may die anytime now, and he does not have anyone,” people said. “If he dies, we have to just throw his body to the riverside.”

Sympathy for Kaling welled up in Aadita’s and Risha’s hearts. The sisters immediately made their way to his house. Ariving inside, they found Kaling lying on his bed, too weak to move.

Sisters of Compassion Aadita and Risha encouraged Kaling from God’s Word and shared with him – a disowned son – about God’s love and fatherhood for all people. After they encouraged him, they began to display God’s love by helping clean up Kaling’s house and by cutting away the foliage that was invading his home. The women also gathered water from the stream to fill Kaling’s vessels.

As Aadita and Risha lent their willing hands to Kaling, their simple acts of kindness deeply touched his lonely, forsaken heart.

“The good works and servanthood of these two sisters has shown to me the real love of Jesus,” Kaling shared. “I have found [Him] in them.”

After witnessing how love for Jesus prompted love for mankind, Kaling’s heart opened up to the Lord, and the defiant son committed his heart to Jesus.

“Now, I am not worried anymore,” Kaling said. “I know Jesus will protect me, and our church members will always be by my side.”

Kaling’s story is just one example of the deep love of Jesus for mankind. He sent His faithful daughters Aadita and Risha to be a demonstration of His vast love. And because of that, today Kaling has experienced the redemption of God, just like the prodigal son in Jesus’s parable.

We at Gospel for Asia long to see relationships with God restored as broken sons and daughters find the love of our Heavenly Father. We are motivated by God’s own deep love for mankind, and so are the precious sisters in Asia as they serve among the least of least.

GFA-supported Sisters of Compassion aid the broken, lonely, hurting and forgotten, like Kaling. Just as Jesus sat down with the tax collectors and sinners, our sisters pour out love to those who may have never experienced sincere love and care.

To read another report about Sisters of Compassion, go here:

To read more posts by Gospel for Asia, go here: 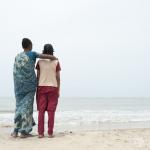 November 6, 2017
For Days, Months and Years Later People Lived in Fear of the Ocean, Reports Gospel for Asia
Next Post 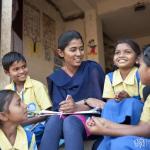