Gospel for Asia Introduces Quality Education to Families in Poverty

Remember hardworking Dayita and her roaming children? Their story also serves as an example of the powerful gift of education.

One day, some staff members from a local Gospel for Asia-supported Bridge of Hope center met Dayita and her family. Upon hearing of her struggle and seeing the condition of the family, the staff members offered Dayita’s 7-year-old daughter, Kasni, the chance of a lifetime: the opportunity to go to school.

That day changed the course of Dayita and Kasni’s family: The cycle of poverty and illiteracy began to break.

At the Bridge of Hope center, Kasni began learning skills that will empower her to escape poverty, subjects such as arithmetic, science, language skill and history. She also had opportunities to learn about art, dance, respect and self-discipline. She thrived in her new environment, and her joy spread to her family.

Dayita had never dreamed she would be able to send her daughter to school, yet now her little Kasni was developing and growing into a bright young student. Kasni’s future would hold more hope than her own had held at age 7, and hopefully Kasni would be spared from many of the trials Dayita had experienced from her illiteracy.

The Bridge of Hope center impacted the family in additional ways, too. Kasni received a nutritious meal every school day, which helped ease the financial burden of the family. She and the other Bridge of Hope students participated in health awareness programs and medical checkups, and all their books and school supplies were provided by the center. In addition, special programs were held regularly to help cultivate students’ social skills and character.

Kasni continued to care for her younger siblings for a portion of the day, and with her new skills of respect and responsibility, she was better equipped in her role as an elder sister.

Many of the things Kasni learned through the center benefited her mother as well. Special programs for the parents helped Dayita grow in knowledge, too.

Kasni is just one among 75,000 children enrolled in GFA’s Bridge of Hope Program. Through Bridge of Hope, these children and their families are finding a new way of life—a life that leads to hope and a door out of poverty.

Overwhelming evidence of education’s effectiveness in reducing poverty has prompted massive efforts around the world to make quality education available to everyone—especially to the poor.

These efforts range from large-scale endeavors like those of UNICEF and Global Partnership for Education, to family-run schools and volunteer-led tutoring. Although the groups are different in size, they have one significant component in common: people who are doing what they can to help the needy children in their sphere.

Gospel for Asia (GFA) is just one of those players, yet God is using this one organization to impact thousands of lives. GFA’s Bridge of Hope Program began in 2004 and was designed to help transform the lives of children who live in poverty.

“These children have learned to dream, and their education equips them to pursue those dreams, contribute to society and raise their children-to-come with the same life-changing values they have embraced.”
Recognizing the broad reach poverty has on families and children, Bridge of Hope takes a holistic approach to education, investing in the minds, emotions and bodies of the students. Food, clothing, encouragement, medical care and times of childhood fun all work together to build into the students’ lives and prepare them to be valuable citizens in their countries.

Stories abound of the transformations taking place in these little children—children who are growing up to be well-equipped adults who know they have value and potential. Children who were painfully shy or woefully behind in their studies when they started at Bridge of Hope later dream of becoming doctors, engineers or teachers.

Others aspire to design clothing or to help poverty-stricken families climb out of poverty. Some will grow up to hold positions of great influence in their society, others will help their family farms prosper in improved ways, and still others will invest into the lives of their children the way Bridge of Hope teachers invested in their own lives. These children have learned to dream, and their education equips them to pursue those dreams, contribute to society and raise their children-to-come with the same life-changing values they have embraced.

As far as which comes first, poverty or lack of education, the answer isn’t clear. But the solution is clear. And when you address one issue, you also address the other. The “magnetic draw” between poverty and education doesn’t only have to pull people down; it can also give the leg up needed to escape both perpetuating cycles.

Despite the magnitude of the task and the global scale at which quality education is needed, we’re talking about individual human lives, each one precious and full of potential. While the statistics of need can be overwhelming, we must stop and celebrate the lives that are being touched and the futures that are being transformed. Just one life changed in a village can multiply to impact hundreds of other lives.

It is good to ask ourselves what our part is in these global efforts. Not everyone is meant to be the leader of a large-scale movement to bring education to the world. Some people need to be teachers; others need to be financial backers for those who are on the frontlines; and others can be advocates for quality education in their own spheres of influence.

What is your part?

To read more on the need of quality education worldwide on Patheos, go here. 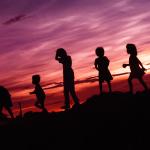 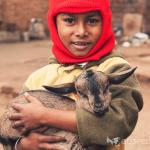