WILLS POINT, TX – Gospel for Asia (GFA) – Discussing the real struggles and discrimination women and girls face, and the difference missionaries can make, whether young or old, to rescue the hurting, poor and needy.

Since 2012, the world has celebrated International Day of the Girl Child on October 11. According to the United Nations General Assembly, the day was established to shine a spotlight on “the need to address the challenges girls face and to promote girls’ empowerment and the fulfillment of their human rights.”

For far too many girls in the world, the process of growing into womanhood can not only be difficult, but it can also be dangerous. Unfortunately, danger played a role in Waida’s story.

Waida was born into a happy family that worked hard to meet their daily needs. Sadly, Waida’s father died when she was young.

Eleven years after her father’s passing, Waida’s mother, Gitu, married a man she met at work. At first, Gitu’s second marriage was a happy one, like her first. However, her new husband’s attitude soon changed.

One year after they were married, he admitted he wanted to marry his teenage stepdaughter and asked Gitu to give Waida to him. Gitu was shocked by his confession. She refused his request and asked him to leave.

Later that evening, he left as she asked—but he took Waida with him.

When Gitu learned her daughter had been kidnapped, she fainted. Onita, a believer from the local church, heard what had happened and took Gitu to the hospital. Onita also told the local Gospel for Asia-supported pastor, Kasu, about the situation.

The community of believers sprang into action. Onita stayed with Gitu, offering comfort through prayer and God’s Word. Others joined Pastor Kasu to search for Waida, but they could not find her or her stepfather anywhere. When there was nowhere else to look, they continued to pray fervently for Waida’s safe return.

While Gitu was surrounded by support from believers in the community, she conversely faced intense ridicule from some of her neighbors. The verbal abuse she endured while waiting, hoping and praying for her daughter to come home was almost too much for Gitu to bear. She nearly left her home to escape the hurtful words of some in her village. Thankfully, Pastor Kasu and a few believers from the church encouraged Gitu to stay.

Two months after being kidnapped, Waida miraculously returned home. Her stepfather brought her back, and then he left the village. The distressed mother’s tears turned into smiles at the sight of her daughter.

Although the mother and daughter were reunited, they were alienated by many in their village. Waida was troubled by the way her neighbors now looked at her, and her mother continued to face condemning words.

Not everyone acted this way, however. One girl from the local church, Ziah, befriended Waida. She told Waida stories of Jesus’ love and His forgiveness. Soon, she invited her new friend to the Sunday school class at church.

“I thank my friend, Ziah, because when I was in a painful situation, she became a good friend for me,” Waida said. “Though she knew about the situation, she didn’t hesitate to make a friendship with me. She encouraged me a lot; I could see the love of Jesus Christ through her attitude. Now, I have peace listening to the stories from the Bible. So, I believed in Christ. Please pray for me that I would walk in His path constantly.”

Waida’s mother also chose to begin a relationship with the God in whose words she found comfort while her daughter was missing. However, she fears the villagers who already mistreat her will harass her even more if she attends church. Please pray for God’s favor and courage to rest upon her.

Waida’s story depicts the very real struggles some girls face around the world. By the grace of God, this story also shows the power girls possess to be a friend even when it isn’t popular. It can change someone’s world.

Discover another life-changing story of friendship between two women in Bhandura’s story. 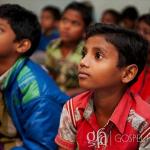 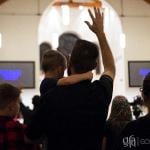