Villagers Enjoy an Evening of Films with Gospel for Asia

During a hot summer night, neighbors gathered as if at a drive-in movie, minus the cars. The audience sat captivated for the next 4 hours and 40 minutes. Some of the villagers would learn lessons of historical importance—and some of their lives would never be the same.

Earlier, Gospel for Asia-supported worker Deepak had lugged his equipment to this neighboring village in preparation for the film screening. Once the equipment was set up, Deepak waited, wondering how many people would come. Before the night’s end, the hopeful man was pleasantly surprised to see 260 faces in the crowd.

Deepak shared two films with the villagers: “Transformation” and “New Path.” The films offered visual depictions of who Jesus is and of His life on earth.

The villagers responded warmly when the films concluded late that night. They told Deepak how they enjoyed watching them and invited him to come back. They commented, “Today we learned some lessons that we never learned before in our life.” Despite many of them practicing other religions, they recognized that “following Jesus is the path of righteousness.”

The films deeply touched one man, Chaman. At the conclusion of the movie night, he decided he wanted to know for himself the Jesus presented in the films.

Chaman admitted that before watching the films, he had made poor decisions and led a destructive lifestyle. But after learning about Jesus that night, Chaman’s life changed forever.

“Once I was a man who companied with bad friends and drank alcohol and did all kinds of naughty things,” he declared, “but today I could leave all those bad habits in my life. It could happen just because of watching the film of Jesus. … My life is totally transformed from the bad habits.”

The response of Chaman and his fellow villagers encouraged Deepak to keep sharing the impactful films. Since that evening, numerous villagers have been invited to movie screenings throughout the district.

Please pray that Deepak will continue to find audiences with whom he can share these films and ask God to use them in positive ways for the communities.

Check out this story to learn of one village’s reaction to a surprise film screening.

Learn more about Film Ministry in Asia, as films on the life of Jesus have proven to be one of the best ways to let people in Asia know about the sacrificial love of God. 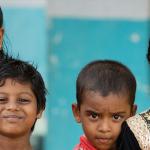 December 22, 2019
Gospel for Asia Living out the Great Commission for the Least of These
Next Post 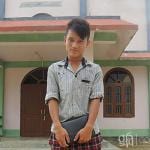 December 26, 2019 Gospel for Asia Helps Young Man Discover Knowing About God Isn’t Good Enough
Recent Comments
0 | Leave a Comment
Browse Our Archives
get the latest updates from
What Motivates Us.
and the Patheos
Evangelical
Channel
POPULAR AT PATHEOS Evangelical
1