WILLS POINT, TX – Gospel for Asia (GFA) – Discussing Sabitha and the journey of her faith – from encountering Jesus, the trials that await those who call on His name, and the promised hope and answered fervent prayers for those who trust Him.

Sabitha, 16, burned with curiosity to hear more about Jesus. The truth that God loved her was almost impossible for the teenager to believe. A seed of faith sprouted in her heart.

Sabitha knew that Gospel for Asia (GFA)-supported pastor Ajoy, who first told her about Jesus, held a prayer meeting every day at her friend’s house. She could go there to hear more about the God who became a man.

Once she began attending prayer meetings, Sabitha realized Jesus was the only path for her. She decided to follow Him wherever He might lead.

While attending worship services, Sabitha grew in her faith, and she learned to trust Jesus. Grateful to have a friend at the church, Sabitha watched her friend’s example of how to follow Jesus.

Then the bubble burst.

Sabitha’s parents found out she had begun worshiping Jesus. They became incensed at their daughter’s betrayal of their traditional gods. They heaped shame and abuse on her. In a fit of rage, they chased her out of the house.

Heartbroken, Sabitha fled to her friend Anisa’s house. Sabitha knew Anisa could help her through the difficult road that was before her. Sabitha’s friend encouraged her to pray for her parents every day, but Sabitha didn’t even know where to begin. They were so mad at her. How could she pray for them? She had been betrayed and abandoned, and now she was supposed to ask for God’s blessing for them?

As Sabitha struggled to know what to say, she listened to Anisa pray. Every day Anisa and Sabitha prayed for Sabitha’s parents. Praying together, Sabitha learned from her friend how to forgive. Starting to believe that God can work miracles, Sabitha’s prayers became bold.

“God, please do a miracle in the hearts of my parents,” prayed Sabitha, “so that they will allow me to stay in my home with them.”

God Restores What Was Lost Through Fervent Prayers

One day Sabitha’s phone rang. As it buzzed, panic gripped her chest. It was her father calling. Stomach twisting and turning, Sabitha answered.

Her voice squeaked out a trembling “hello.”

The familiar voice of her father filled the speaker. He told her she could come home. Hope sprang to life in Sabitha’s heart.

Amazed that God heard her simple prayer, Sabitha moved back home. Undeterred by her father’s warning, she silently prayed even more often than before. She prayed for her parents to be open to the love of the Lord. Seeing now God had worked a miracle when her father invited her back home, she knew there was nothing God couldn’t do!

She prayed every day,

“Lord, please change my parents’ hearts so that they will not rebuke me or say bad words to me. Let them love me.”

Sabitha noticed her parents’ harsh comments begin to trail off. They rebuked her less. Then, one day, they told her, “You can pray at home; there is no problem.” Hearing these words, her heart almost exploded with joy! She thanked the Lord over and over for what He had done in the lives of her parents.

Sabitha goes to worship Jesus freely now and can live openly for Him. She rejoices that God has restored her to her family, and she continues to pray for her parents to know God’s love as she does. Through her painful trial, Sabitha learned she can trust Jesus, no matter where He leads her. As she is faithful to Him, He will be faithful to her.

“I will not leave Jesus,” Sabitha says, “whatever problems come in my life.”

Read what happened when troublemakers tried to halt the showing of a film about Jesus. 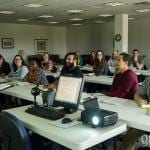 January 10, 2020
Gospel for Asia's School of Discipleship Program
Next Post 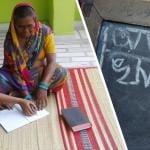