This is Part 3 of a Three-Part Series on Poverty Reduction & Poverty Alleviation. Go here to read Part 1 and Part 2.

One reason microfinance may not always seem to be clearly beneficial is hinted at in a 2013 study of three programs in Namibia. It found the approach “playing a positive role in alleviating poverty amongst its members,” though it also noted that many participants who reported improved living standards said their income still wasn’t enough.

“This shows that income is not the only measurement of living standards,” the report observed. “The increase of members’ income also led to an increase in the number of household members that each member supports … an average member … supports at least three to four household members who depend on him or her for food, clothes and shelter, and, typically, each member supports three family members at school.”

This “good neighbor” phenomenon has been widely observed by those engaged in relief and development work—that as people start to climb out of poverty, they can often find themselves carrying others with them, in effect shortening their own strides to help others. For example, one person employed at a tourist lodge in Ethiopia “can lift up to 10 family members out of poverty,” reported the United Nations’ World Tourism Organization (WTO).

It’s an investment in a business but also in people.

Helping an individual to realize poverty reduction, whether by giving them training or tools or a loan, doesn’t only impact the recipient. It can also be good for those providing the resources, helping them realize they are making a dent in a big problem that might otherwise overwhelm them and keep them from action.

For Corie, a Texas mother of three, providing resources for some of those in need through GFA’s Christmas Gift Catalog has been “a tangible way for my kids to see that Christmas is about more than presents.” They are helping incarnate God’s love through practical gifts that improve the recipients’ quality of life.

Brad Goode, a pastor in Florida, was drawn to making microloans through “the simplicity of the plan and the magnitude of the impact,” helping one young man in Honduras launch a potato chip company and another buy chickens to sell eggs.

“There are times to give handouts, but I think more often a hand up is the better path forward for everybody,” Brad comments. “I think it’s also human nature that if you work for something, you appreciate it more. For folks paying back these loans, there is an intangible pride and commitment that begins to shape the person and not just the outcome of making a few bucks. It’s an investment in a business but also in people.”

Providing income-generating gifts, tools, training or small business loans are all ways of taking direct action to support poverty alleviation, but they are not the only things people in the West can do. We can move beyond being charitable givers to becoming ethical consumers, spending our everyday money in ways that can have an impact on poverty.

The fair trade movement has grown significantly over the past couple of decades. It is now a $9-billion-a-year enterprise, as shoppers buy everything from coffee and chocolate to clothes and gifts from suppliers who seek to help ensure “a living wage and living income for producers and workers.”

Meanwhile, a growing number of big-name businesses are reviewing their global supply chain practices to ensure they are not supporting sweatshop conditions further down the line. The move is in part an effort to appeal to the rise of “conscientious consumers,” with a 2015 survey finding that 9 in 10 Millennials would switch brands to one associated with a more ethical cause. In another study, researchers discovered that supermarket sales of two coffees rose by 10 percent when they carried a Fair Trade label rather than a generic one.

Playing a part in eradicating poverty isn’t just the right thing for companies to do; it’s also good business.

“The world’s poor are now viewed as the largest untapped market on earth,” says The Borgen Project. “As people transition from barely surviving into being consumers of goods and products, U.S. companies gain new populations to which they can market their products.”

Another way of investing in poverty alleviation is by supporting innovation startups. Kenyan Anthony Mutua Gofunded the development of his battery-charging shoes, earning an Africa Youth Award. A chip in the soles helps power mobile phones, which have been called “the most effective technological weapon against poverty” for connecting users to banking, health care, and education resources previously inaccessible.

Even taking a vacation can help with poverty alleviation in a small way if it is done thoughtfully, making tourism “a catalyst for positive change,” says the WTO. Because it is labor-intensive, tourism creates a lot of service jobs, which many times are more convenient, less demanding and safer for people living near resorts, according to the organization’s “Poverty Alleviation Through Tourism” report.

If the idea of making a dent in world poverty seems overwhelming, perhaps think instead of just trying to be a good neighbor to someone in difficult circumstances in another part of the world. Among the small steps you might make are these: 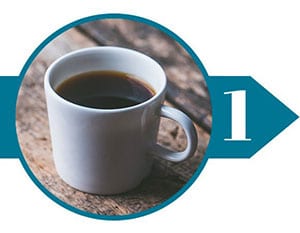 Forgo that special cup of coffee for a season and donate the money you save to an organization or charity involved in poverty-alleviation efforts. 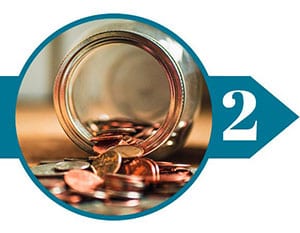 Identify one long-term change you could make in your spending to free up money to support the ongoing work among the poor facilitated by GFA or other groups. 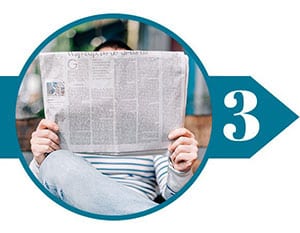 Educate yourself more about the economic, political, cultural and other issues that create and maintain inequality in some parts of the world. 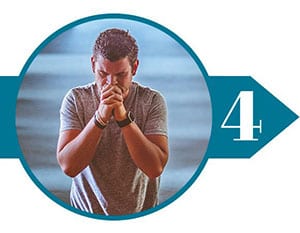 Pray for the hearts of world leaders to be turned to the poor and for them to find the political and economic will to make decisions that undo structural and systematic obstacles to development. 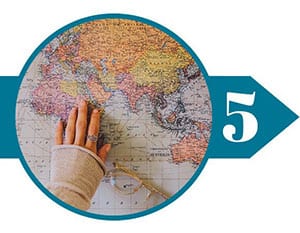 “Adopt” a specific “neighbor nation” God puts on your heart on which to focus your prayers, advocacy and giving.

Small actions like these in the face of massive problems may seem insignificant, but they are not to God. In the story of the sheep and the goats (Matthew 25), Jesus said that anyone who helped someone who was thirsty or hungry or needing clothes was actually helping Him.

An $8 solar lantern won’t end poverty, concedes John Hatch, founder of microfinance lender and poverty reduction group FINCA International. But “it will give an ultra-poor family a real ‘lift,’ ” he says. “Children will be able to study longer. Households will be safer. Expensive kerosene costs can be redirected to other household needs. This lift can create new incentives for an ultra-poor family—to read, to work, to dream.”

Such has been the case for Bhrithi, a young Asian widow with two sons who struggled to get by selling vegetables from a mat at the side of the road. When the local authorities decided to widen the street and evict her, she had to find somewhere else to trade.

Her options were severely limited, until a Gospel for Asia (GFA)-supported pastor in the area decided she should receive a gift from the organization’s Christmas Gift Catalog—a $120 pull cart. That simple piece of equipment has proved to be invaluable.

“With the pull cart, I can travel around and sell onions and potatoes,” said Bhrithi, who was moved by the help she received. “Wherever I find a suitable place, I stand and sell. My earnings have also increased.”

The gift she received was simple, yet it equipped her enough to dramatically change her life. The problem of global poverty reduction is huge, but if we each do our part, we can change the world.

February 28, 2020
Gospel for Asia Finds Torment in the Land of Kings
Next Post 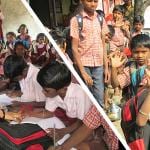