A Forgotten Bible and a Gospel for Asia Missionary Bring Hope

WILLS POINT, TX – Gospel for Asia (GFA World and affiliates like Gospel for Asia Canada) founded by Dr. K.P. Yohannan – Discussing Madira and her suffering brought by a mysterious illness, the search for healing found in a forgotten Bible, and a Gospel for Asia (GFA) a missionary and the believers who shared God’s love, life and hope.

Madira lay bedridden and hopeless. The witch doctors had given up. The medical treatments didn’t work. And now, six years of pain marked her life. Her thoughts yearned and searched for some ray of hope—something that would bring her healing. Then her thoughts turned to an event that happened 16 years ago.

She called her son over. “Now listen to me clearly,” she told him, “and do what I say.”

When the Witch Doctors Gave Up

Madira’s family life wasn’t perfect, but they pressed on through the hard times. They grew more financially stable over the years, especially after her husband, Chakor, got a job as a police officer. With his new income, they were even able to build a better house for their family of five.

Madira learned in her childhood to honor, respect and adore her traditional religion. She was devoted to her gods and goddesses and turned to them for help in times of need. Such a time came for Madira when she experienced a peculiar, unknown sickness. Pain wracked her body, and normal movements brought deep discomfort.

Chakor gave his wife the best medical help he could, hoping she would recover quickly. But months dragged on to years, and her condition remained unchanged. They had no peace. Chakor and Madira did everything the witch doctors prescribed in hopes of finding relief from what was attacking Madira’s body. After six years, even the witch doctors gave up. They said her sickness was beyond their control.

In desperation, Madira’s mind turned to the day, many years ago, when her brother had given her a special gift. It was time to unveil the hidden treasure and try something new.

Now she wondered, with a new sense of courage,
who was this Jesus?

Pulling her son aside, she said, “My son, we have done everything we could, but nothing is working. Now, listen to me clearly and do what I say. Bring the Bible, which was given by my brother, and read it for me. I would like to listen to it.”

As her son took the old, neglected book in his hands and read the holy words of God something happened: The moment Madira heard what her son read aloud, pain left her aching body. Madira slept through the night, and she could move without struggle or discomfort. Madira now had a peace she hadn’t felt before. The words brought healing to her weary body. Now she wondered, with a new sense of courage, who was this Jesus?

After that day, Madira and her family searched for a church where they could learn more about God, whose written Word caused such an immediate change in Madira’s condition. Maybe this God would completely heal her?

Learning About the Healer

One day they met Seth, one of our national missionaries serving in their area. When they explained their problems, he shared about the love of Jesus and told them how Jesus is the Great Healer and Restorer.

“If you believe in the name of Jesus Christ, you will be healed,” he told them.

Discouraged after years of disappointing treatments, they responded, “We have done everything, but nothing is working out.”

Seth encouraged them not to worry, because God is able to make impossible things possible for those who believe in His name. After finding no hope elsewhere, the family decided they wanted to go to church to learn about the love of God.

Finding Comfort Through the Body of Christ

Their new friend introduced them to Gospel for Asia (GFA) pastors and believers, and many prayers rose up on Madira’s behalf. From that day, Madira felt great relief. The believers prayed for her and her family regularly, and within a few weeks, Madira received complete healing! God had answered their prayers.

Now Madira is a testimony of God’s might and of His Word, which remains living and powerful. After 16 years of keeping a treasure, they finally understood its precious value. God waited patiently for them to realize His awesome love for them, and now they are living in His life and hope.

Just like Madira and her family, many families in Asia are being impacted by the greatest treasure that shall never perish—God’s Word. But many others still wait to receive this gift. You can be part of putting this precious treasure in the hands of more families in Asia!

A Bible and a Gospel for Asia missionary brought God’s love to a hopeless woman. Learn more how you can share the Word of God with the millions of people in Asia — either as complete Bibles or New Testaments — which will enable many to grow and learn more about Jesus. 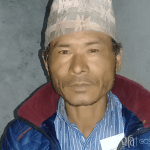 July 22, 2020
Lonely Man Revived by the Turn of a Dial to Gospel for Asia Radio Program
Next Post 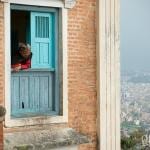 July 27, 2020 The Desperate Search: A Widow’s Need for Hope Led Her to a Gospel for Asia Church
Recent Comments
0 | Leave a Comment
Browse Our Archives
Related posts from What Motivates Us.