Lonely Man Revived by the Turn of a Dial to Gospel for Asia Radio Program July 22, 2020 GFA Staff Writer

Kvanh grew up in a harsh mountain climate, toiling away alongside his family to cultivate land for their livelihood. Unable to go to school, Kvanh spent his time studying religious books with his father.

When Kvanh was 20, his family pressured him to marry—something he knew he wasn’t ready for, but it was impossible for him to fight against the tradition of marrying young. The fear of not being able to provide for a wife and build a happy home gnawed at his heart. As a young husband, Kvanh worked day and night in the fields to support his wife. He even picked up additional labor jobs when he could find them, but his wife often complained that he didn’t do enough. Her criticism made Kvanh despair of their marriage ever being happy, though he loved his wife dearly. One day, Kvanh’s wife left him for another man, and his nightmare became reality.

Loneliness, anger and mental anguish consumed Kvanh. Afraid the young man might go insane, Kvanh’s family scraped together enough money to send him abroad to escape the memories that haunted him.

Kvanh found himself in a bustling city with millions of people—yet still alone. He found work in the construction industry and abandoned himself to a hedonistic life, satisfying the urges of today in exchange for a peaceful future.

After 25 years of wasting his life one day at a time, Kvanh wearied of carrying on in this way. He decided to go back home. With the small amount he had managed to save, Kvanh opened a small shop in his childhood village. His shop, not very popular, left Kvanh sitting alone with a lot of time to think. He often turned on the radio for company, spending hours with the radio hosts of various shows.

One day, while switching the radio dial, he heard someone say the name “Jesus.” He paused his scrolling and listened intently about remission of sins through the sacrifice of Jesus. His heart burned within him as the radio host taught about the very questions that Kvanh had been struggling with for so long. He learned that cleansing of sin was possible and peace with God attainable, the very things that had always eluded Kvanh.

As the preacher kept sharing, he quoted a verse that burst within Kvanh like a shower of fireworks: For God so loved the world that He gave His only begotten Son, that whoever believes in Him should not perish but have everlasting life. Kvanh felt tears streaming down his face as he realized God loved him and made a way for his sins to be forgiven through His Son.

Companions for the Journey

Kvanh wanted to know more about Jesus who did so much for him, but he wasn’t sure how. Then, one day when he was sitting at his shop waiting for the customers who seldom came, a man approached him and introduced himself as Pastor Milit from the nearby church. Kvanh, recognizing the name of the church, asked the man if he knew the radio speaker who had impacted his life so much. Indeed, Pastor Milit did know him!

Kvanh felt an instant connection to the friend of the radio preacher, and he shared his life story with Pastor Milit, detailing the ups and downs and the valleys of darkness he had walked through all alone. Pastor Milit’s heart grew tender for this man who had lived his life seeking pleasure but always had found loneliness instead.

Kvanh and Pastor Milit became fast friends and talked about God and His path for Kvanh’s life.

Kvanh, now living in the reality of God’s love and forgiveness, has become an active member in Pastor Milit’s church. The church members have become a family for Kvanh. What a blessing for a man who lived in the dark cave of loneliness for most of his life, who now has a Father in heaven, a brother in Jesus and brothers and sisters in the church walking with him day by day.

Read how another man stumbled onto the message of God’s love through an inanimate object—this time a motorcycle.

Source: Gospel for Asia Field Report, Lonely Man Revived by the Turn of a Dial

Learn more about how the Holy Spirit is moving powerfully in the hearts of listeners throughout Asia through radio. Gospel for Asia Radio is reaching across geographical and political barriers, establishing fellowships in isolated areas yet to be reached by missionaries.

Learn more about the our national missionaries who carry a burning desire for people to know the love of God. Through their prayers, dedication and sacrificial love, thousands of men and women have found new life in Christ. 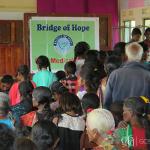 July 20, 2020
Medical Care Brought Near by a Bridge of Hope Center
Next Post 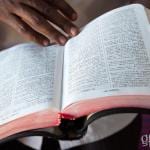