WILLS POINT, TX – Gospel for Asia (GFA World and affiliates like Gospel for Asia Canada) founded by Dr. K.P. Yohannan – Discussing Salil’s family and their village, the chronic illnesses and grinding poverty due to contaminated water, and the Gospel for Asia supported Jesus Well that brought healing and transformation.

In one northeastern region of South Asia, just beneath the Himalaya Mountains, a river flows, and heavy monsoon rains often cause flooding.

It’s difficult to imagine that the residents of this lush land would lack clean drinking water. But it’s true.

This is where Salil lives with his wife and three children. Like most of his fellow villagers, Salil makes his living as a laborer. Until recently, all of the villagers drank, bathed in and washed their clothes in water from a local pond. Whenever the river flooded, the pond would fill with sand. When that would happen, they’d have to dig to find the water they needed.

But that pond water was contaminated. The villagers suffered from typhoid, jaundice and a variety of horrible skin diseases. They lived daily with nausea, high fevers, diarrhea and general weakness. Their chronic illnesses made it difficult for them to work. So they languished in grinding poverty.

It seemed the very water they depended on for life was cursed.

One man’s anguish—and a difficult journey

Salil watched his family members get sick. He was soon spending most of his meager income on medicine. There wasn’t enough left over to meet their basic needs. Salil needed to make more money, so he traveled to the river valley to collect and sell one thing there was plenty of—sand.

Lacking the government permits he needed, Salil worried he might be caught and punished. But he knew he had to provide for his ailing family, so he took the risk.

Whenever he could, Salil returned home to take care of his wife and children. But no matter how hard he worked, how much money he made or how often he came home, he couldn’t change the hard facts: Their water was still contaminated, and they were still sick.**

Unbeknownst to Salil, a nearby pastor named Dayakara had also begun making regular visits to his village. As Dayakara befriended the villagers, he became aware of their water crisis. So he and other Gospel for Asia workers decided to help. They began drilling a well, right in the center of the village where everyone could access it.

That was the beginning of a transformation for Salil’s family and their entire village.

When Salil came home for one of his visits, he was astonished to find his wife and children no longer sick. How had this happened?

He learned there was a new well in the community, and his wife and children were using it for their daily water needs. He was overjoyed, but he had no idea who was responsible for this wonderful innovation.

One day Salil met Gospel for Asia Pastor Dayakara. As they talked, Salil realized it was this man and his fellow laborers who had brought the well to his people. Salil marveled at their kindness and compassion. He decided he wanted to know this God who could put such love in men’s hearts.

“Our family is blessed both physically and spiritually. We are free from problems and sickness. We also met the Living God in due time. It is because of the people who have spent their money to drill Jesus Well in my place. I have never seen them, but I’m always praying for them. Thank you very much.” —Salil

Through the generosity of the Christians who provided their new well, Salil and his fellow villagers came to understand the love of Jesus Christ. Others in their village began having similar experiences.

Baldev was one of them. A young man with a family to support, Baldev had also gotten sick from the contaminated pond water. He couldn’t work, and like so many others, he and his family suffered. But when he began using water from the new well, his sickness went away. Salil shared the wonderful news of Jesus’ love with him—the news he had recently come to know—and Baldev and his family embraced the Lord in their lives. Now they host regular prayer meetings in their home, led by Salil.

This is how a village can be transformed—and the people can discover the promise of Revelation 22:17: “And let him who thirsts come. Whoever desires, let him take the water of life freely.”

Pray for Salil and his village

Your gift today can bring lasting change to hundreds or even thousands of people.

**No wonder they were sick!

A person with arsenic poisoning may experience headaches, confusion, stomach pains, vomiting and diarrhea. Long-term exposure to arsenic can cause a variety of skin diseases, cancer and—if not treated—coma and death.

Fluoride is helpful in low concentrations, but larger amounts can cause stomach pains and hinder bone formation.

It’s no wonder the people of Salil’s village suffered so. Now, things are different—thanks to a well provided by Gospel for Asia-supported workers.

A Jesus Well can literally save lives—while showing people the love of God.

Learn more about how to provide pure, clean water to families and villages through Jesus Wells and BioSand Water Filters. 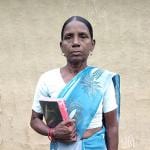 August 20, 2020
Getting to Know the ‘Crazy’ Woman - Gospel for Asia Church Becomes Family
Next Post 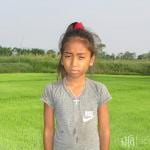 August 22, 2020 Gospel for Asia Bridge of Hope Provides for Family in Need
Recent Comments
0 | Leave a Comment
Browse Our Archives
get the latest updates from
What Motivates Us.
and the Patheos
Evangelical
Channel
POPULAR AT PATHEOS Evangelical
1 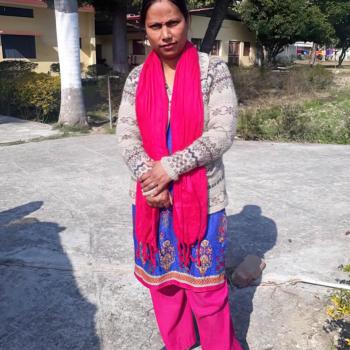