When Fathers Die and Hunger Hurts: How Gospel for Asia Helped A Young Boy After His Father’s Death

When Fathers Die and Hunger Hurts: How Gospel for Asia Helped A Young Boy After His Father’s Death November 4, 2020 GFA Staff Writer

WILLS POINT, TX – Gospel for Asia (GFA World and affiliates like Gospel for Asia Canada) founded by Dr. K.P. Yohannan – Discussing Taizeen and his family, his paralyzed widowed mother, the poverty and hunger, and the Gospel for Asia Bridge of Hope staff that brought hope in the midst of their struggle.

The small boy realized something was wrong—his father was very sick and wasn’t getting any better. Suddenly, he died.

The boy’s widowed mother wept as loneliness and devastation washed over her. With her husband’s death, an awful fear pressed in on her. The family was already poor. How would she find work? How would her boys have enough to eat? How would they survive? She didn’t know.

The boy watched as discouragement conquered his mother’s heart.

The single mother lost feeling in her body—she was paralyzed. She kept weeping.

If you were to look into the homes in Taizeen’s town, you’d likely find many other boys and girls going hungry, many other sick parents, and even the elderly doing manual labor jobs, their worn bodies motivated by hunger. Taizeen was just one of the needy.

But because of the care of a believer on the other side of the world, something changed for Taizeen.

One evening, two Bridge of Hope staff members came by the family’s home. They greeted Taizeen’s grandparents, and then they noticed the woman on the bed.

“What happened to her?” they asked.

The elderly couple poured out their hearts, telling them how their son-in-law had died and how their daughter was left with two small boys and no way to care for them. They shared how paralysis had taken over, how no treatments had worked and how their grandsons had gone hungry.

The staff encouraged the family with God’s promises and told them about Bridge of Hope. The grandparents listened intently.

Could Taizeen join Bridge of Hope?

The staff members readily agreed, and the eyes of the child lit up. He knew already that an education could help lift not only him but also his helpless grandparents, mother and younger brother out of their poverty.

Hope for His Future

Taizeen walked into the Bridge of Hope center for the first time, overjoyed. He sat down, knowing these classes would help him and his whole family in the years to come. Hours later, a plate was handed to him, and he watched as food was placed on it. Steam rose to warm the face of the boy who had often gone to bed hungry. Taizeen had known so much sorrow, but now a sense of hope began to set in. He would be okay.

Taizeen’s family, like many others, is now learning how much Jesus loves them, and they’re grateful.

Through the love of Christ and His people around the world, more than 70,000 boys and girls from some of the most destitute families in South Asia are attending Gospel for Asia’s Bridge of Hope and receiving an education, a daily meal and regular medical checkups. They’re being cared for and prayed for by their teachers.

You can be a part of changing the life of a child like Taizeen—and that child’s family. 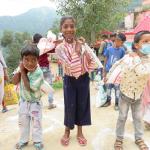 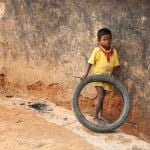 What to Do About the Backlash...
Cranach
Related posts from What Motivates Us. 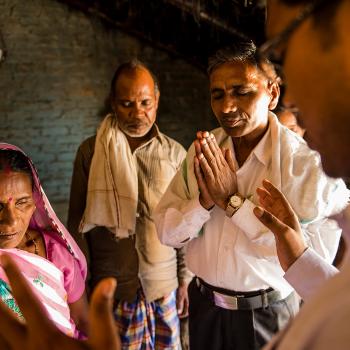 Evangelical
During ‘Great’ Lent Gospel for Asia Calls for...
What Motivates Us. 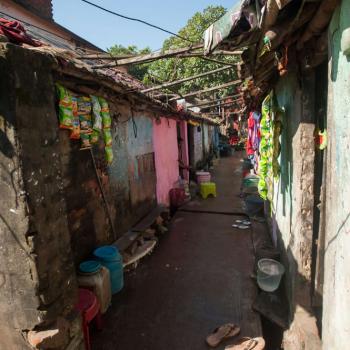 Evangelical
Modern Day Slavery Speeds up Under Cover of...
What Motivates Us.

Evangelical
Modern Day Slavery Accelerates Under Cover of COVID-19,...
What Motivates Us.
TRENDING AT PATHEOS Evangelical