WILLS POINT, TX – GFA World (Gospel for Asia) founded by K.P. Yohannan, whose heart to love and help the poor has inspired numerous charities like GFA World Canada, to serve the deprived and downcast worldwide, issued this first part of a Special Report update on Taking the Toilet Challenge, where resolving Open Defecation continues to confound the world. 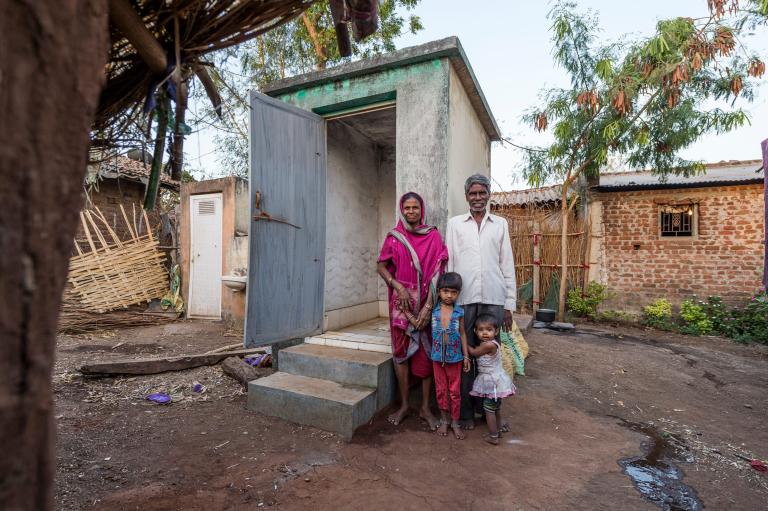 In a previous special report entitled “Fight Against Open Defecation Continues,” we discussed the need for a caring response from the world to the problem of open defecation (OD) —a worldwide health crisis. In this report, I highlight ongoing long-term progress, while also contrasting the continuing challenges this issue presents to much of the developing world.

Why are Bill and Melinda Gates Spending $200 Million on Toilets?

In regard to government funding and foundation grants, the $4.5 million awarded to Duke University last November represented a modest sum. Still, the stipend for Duke’s Center for Water, Sanitation, Hygiene and Infectious Disease (WaSH-AID) represented another small step in reducing open defecation by furthering testing of “reinvented toilets” and other hygienic technologies in the world’s neediest areas.

“We are grateful for the Bill & Melinda Gates Foundation’s investment in our (center) to lead collaboration with experts at Duke, across the industry and around the world to address this critical societal challenge,” said Ravi V. Bellamkonda, dean of the university’s school of engineering. “Advancing technologies for public health is particularly germane to control the spread of preventable diseases, and in this case also a fundamental human right—dignity.”1

Symbolically, the award came on the eve of the tenth anniversary of the foundation’s “Reinvent the Toilet” challenge, which asked researchers to devise toilets that can sanitize human waste with no water, electricity, sewer or septic system. The waste treatment goals include cleaning the waste and reclaiming water to safe drinking standards and harvesting nutrients for other uses. That can be a game-changer for those living without sanitation.

About halfway into this initiative, one inventor produced a system called the Omni Processor. Although technically not a toilet, the Omni is an off-the-grid fecal sludge treatment plant that outputs purified water and may one day also produce electricity. A working prototype has been operating in Dakar, Senegal, in Africa, for a few years, with the latest version licensed to companies in countries including the U.S. and China.2 Project director Brian Arbogast believes the technology will eventually influence sanitation in the developed world, such as green buildings, septic systems and off-the-grid cabins.

After spending a day at the foundation’s office in early 2019, a Business Insider reporter waxed enthusiastically about the toilet technology and other initiatives addressing such problems as extreme poverty, child mortality and malaria: “Hearing about their work was inspiring and gave me hope for the future …” wrote Julie Bort. “And the reason is simple. These people are taking on some of the world’s hairiest, most complex and seemingly intractable problems. And they are winning.”3

Not everyone is as impressed with the foundation’s efforts. Two years after the initiative’s unveiling, an environmental engineer whose business focuses on developing low-cost toilets said communities that desperately need sanitation will be unable to afford the advanced technology promoted by the initiatives.

We “should be investing more in low-tech rather than high-tech toilets,” said Jason Kass, founder of Toilets for People. “But high-tech solutions and research projects are sexier and more eye-catching, so they are more interesting for universities.”4

The fact that in its first seven years the Gates Foundation invested $200 million in the toilet challenge demonstrates the formidable nature of ending open defecation. Yet it is a battle that must be waged.

is a disease-producing practice that contaminates drinking water and spreads diseases such as cholera, dysentery and diarrhea, which is particularly fatal among children. The incidence of such disease can disrupt young people’s education. In addition, females who engage in open defecation are more vulnerable to sexual violence.

One of the NGOs helping PM Modi in this campaign is GFA World, which has worked tirelessly to help install over 32,000 toilets to date in some of the most remote and difficult-to-reach locations across South Asia..

In 2015, Chinese President Xi Jinping declared a “Toilet Revolution,” calling on local governments to improve sanitation in hopes of attracting more tourism since a bad “toilet landscape” had harmed the Asian giant’s image.5

Not coincidentally, in November 2018 the city of Beijing played host to the “Reinvented Toilet Expo,” which Gates projects could create a $6billion-a-year market by 2030. Kinya Seto, the president of Japanese exhibitor LIXIL, said innovative companies have a golden opportunity to do well by doing good: “We can help jump-start a new era of sanitation for the 21st century by developing solutions that can leapfrog today’s existing infrastructure, functioning anywhere and everywhere.”6

The latest nation to attack open defecation is Nigeria, where fewer than half the households have their own toilet. In 2016, the government launched an action plan aiming to end the practice by 2025 by providing equitable access to water, sanitation and hygiene services, and strengthening community approaches. However, three years later the government had failed to release funding for the initiative. In November 2018, with parts of the country facing high levels of water-borne diseases, President Muhammadu Buhari declared a state of emergency.7

Safe, sanitary outdoor toilets typically cost around $540, to build in Asia, and benefit multiple families in remote, impoverished communities. You can help provide one for a needy village, by donating a portion of the construction costs through Gospel for Asia (GFA World).

Gospel for Asia (GFA World) is a leading faith-based global mission agency, helping national workers bring vital assistance and spiritual hope to millions across the world, especially in Asia and Africa, and sharing the love of God. In GFA World’s latest yearly report, this included thousands of community development projects that benefit downtrodden families and their children, free medical camps conducted in more than 1,200 villages and remote communities, over 4,800 clean water wells drilled, over 12,000 water filters installed, income-generating Christmas gifts for more than 260,000 needy families, and teaching providing hope and encouragement available in 110 languages in 14 nations through radio ministry. GFA World expects to launch programs in numerous African nations, starting with compassion projects in Rwanda. For all the latest news, visit our Press Room at https://press.gfa.org/news. 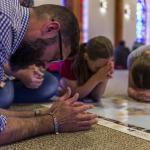 September 1, 2021
Gospel for Asia Calls on People to Pray, Fast Now for 'Theater of Fear' in Afghanistan
Next Post 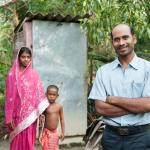 September 13, 2021 "They No Longer Needed to Put Themselves in Danger" – GFA World Report Part 2
Recent Comments
0 | Leave a Comment
Browse Our Archives
Related posts from What Motivates Us.