WILLS POINT, TX – GFA World (Gospel for Asia) founded by K.P. Yohannan, which inspired numerous charities like GFA World Canada, to assist the poor and deprived worldwide, issued this 2nd part of a Special Report on the world’s greatest ‘badge of shame’: Children in Crisis.

Other street boys, Kandwanaho told me, fall victim to Uganda’s sinister underworld of child sacrifice. With its roots in witchcraft, child sacrifice is still practiced among both the poor and the rich. Wealthy businessmen abduct a young street boy with few physical blemishes, have him beheaded and then bury the boy’s head under the foundation of a new building “to bring them luck” with their new money-making venture, Kandwanaho said.

A report by ABC Newstells the story of a young mother who found the headless body of her 17-month-old son in a shallow grave in a banana plantation in her rural village near the Congo border. “I pulled my son’s body out of the soil,” she said. “I realized he had no head.” The child’s killer turned out to be his own father, who was given $2,000 by a rich businessman in return for the boy’s head.[16]

Atrocities against street children are not confined to any single country. In Brazil, news reports tell of organized “death squads” that deliberately seek out and murder street children viewed as nothing more than garbage littering the streets.[17]

Kandwanaho showed me where his friends sometimes sleep inside giant, used tractor tires, piled up in a yard. One night, they were swept up in a police “clean-up” operation and transported to a children’s detention center outside Kampala. Every year, hundreds of street kids end up in “remand” centers, juvenile prisons, where they can be detained for months or even years without a court hearing. Their crime? Often, it’s just living or begging on the streets and being in the wrong place at the wrong time.

Nonprofit organizations such as Sixty Feet seek to help children in the prison facilities. Their vision is to “provide a Gospel-centered continuum of care for critically vulnerable children that includes minimizing contact with the law, providing for critical needs, and supporting long-term restoration.”[18]

In Uganda, many street kids are from the northern Karamojong tribe.[19] They’ve fled the underdeveloped, famine-prone region to come to the capital, where they live in crowded slums, such as the Katwe slum featured in the Disney movie Queen of Katwe, and beg at the intersections. These beautiful children, especially the girls, are extremely vulnerable to sexual predators.

Every month, scores of Karamojong children and families arrive in Kampala, putting more pressure on the slums and increasing the number of kids competing for handouts.

Kids as young as 3 wander along the streets, their hands outstretched, narrowly avoiding the perilous open drainage ditches. If they collect a few thousand Ugandan shillings, maybe 50 cents or a dollar, it goes straight to their parent or someone posing as a parent. Mostly, though, they’re ignored by passers-by and motorists, many of whom believe they’re simply feeding the problem and incentivizing begging if they give a handout.

This exodus of children from poorer, rural areas to the cities in search of food and work is not unique to Uganda. It’s a global phenomenon in poor, underdeveloped countries across Africa, Latin America and Asia.

Children at Risk of Starvation

When crops fail due to drought or other calamity, or work opportunities dry up, children and their parents often face a stark choice: move… or starve.

Driven by the COVID-19 pandemic, the number of young children around the world suffering acute malnutrition, a polite term for starvation, was expected to skyrocket by 20 percent in 2020, according to a report by the U.N.[20] That’s an additional 10 million starving children worldwide. “Children living on the streets are particularly at risk,” the report says.

In Haiti, the poorest nation in the Western Hemisphere, I’ve watched children eat “mud cakes,” sun-dried cakes made from dirt mixed with salt, water and a little margarine.[21] Mud cakes are a symbol of the despair children face in this Caribbean island nation—a sense of hopelessness that continues into adulthood.

“Ask a Haitian, ‘what do you think you’ll be doing in five years?’ and he will laugh,” a Haitian doctor told me. “Our people do not think about tomorrow; we do not plan for the future. We live from day to day. We are a people in survival mode.”

Around the world, humanitarian agencies such as GFA World (Gospel for Asia) have increased efforts to feed the most vulnerable children and their families during the pandemic as millions of day laborers have been laid off from jobs or unable to work because of lockdowns.

The Texas-based agency has distributed food to tens of thousands of families on the edge of starvation in Asia and Africa, filling a critical gap for parents facing the near-impossible task of feeding their children amid total loss of income and with no safety net to fall back on. “The situation in our village is terrible,” one parent told Gospel for Asia (GFA World). “We don’t have any work and we’re unable to provide food.”

Child hunger is also growing in rich nations, such as the U.S., where more than 11 million children live in “food insecure” homes and don’t have enough to eat, according to the U.S. Government.[22] A staggering 18 million children in the U.S. could go hungry in 2021 because of the pandemic’s economic impact, according to the No Kid Hungry campaign.[23] In the U.K., 1.8 million school-age children—one in every five kids—is at risk of hunger.[24]

Thirsty? How About a Cup of Feces-contaminated Water?

Hunger is dreadful, but for millions of children, the most immediate threat to their health and survival is the lack of safe drinking water. A staggering 2 billion people, mostly in Africa and Asia, get their drinking water from feces-contaminated ponds and watering holes, leading to often-fatal diseases such as cholera and dysentery. Children under the age of 5 are the most at-risk.[25] The World Health Organization (WHO) says nearly one in every three people in the world doesn’t have access to safe drinking water,[26] and the U.N. predicts that by the year 2050 up to 5.7 billion people worldwide could be affected by water shortages.[27] Drinking contaminated water can lead to many deadly diseases, such as typhoid, hepatitis A, and diarrhea. Globally, diarrhea kills almost 2,200 children every day, according to the Centers for Disease Control (CDC).[28]

Organizations like World Vision and Gospel for Asia (GFA World) have made clean drinking water a top priority. 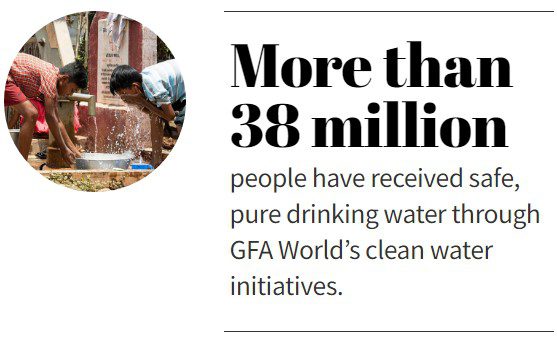 “We offer clean, life-giving water to all people,” says Gospel for Asia (GFA World) founder, K.P. Yohannan (Metropolitan Yohan). “The Lord has used our efforts to bring clean water to the suffering. They receive healthy, life-sustaining support. This gift of free water is one more way we are able to demonstrate the love of Jesus for those in need.”

Jesus Wells are deep wells, drilled in remote villages in Asia where girls often have to trek miles on foot every day to the nearest watering hole or pond to fetch water, putting themselves at risk of sexual assault and even tiger attacks.

“Our family members were suffering from diarrhea and other [waterborne] diseases,” says Arnab, father of three girls and a boy, describing the difference a Jesus Well has made in his village. “Our children who were sick are healthy now.”

Give to Help Support Children at Risk & Kids in Crisis »

If this special report has touched your heart and you would like to make a real difference in the lives of children in crisis around the world, and bring hope to kids at risk of violence, impoverishment, or child labor, then make a generous one time or monthly gift to help kids in need in Asia or Africa.

Gospel for Asia (GFA World) is a leading faith-based global mission agency, helping national workers bring vital assistance and spiritual hope to millions across the world, especially in Asia and Africa, and sharing the love of God. In GFA World’s latest yearly report, this included thousands of community development projects that benefit downtrodden families and their children, free medical camps conducted in more than 1,200 villages and remote communities, over 4,800 clean water wells drilled, over 12,000 water filters installed, income-generating Christmas gifts for more than 260,000 needy families, and teaching providing hope and encouragement available in 110 languages in 14 nations through radio ministry. GFA World has launched programs in Africa, starting with compassion projects in Rwanda. For all the latest news, visit our Press Room at https://gfanews.org/news.

Read what 25 Christian Leaders are affirming about Gospel for Asia. 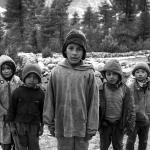 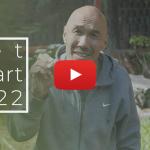 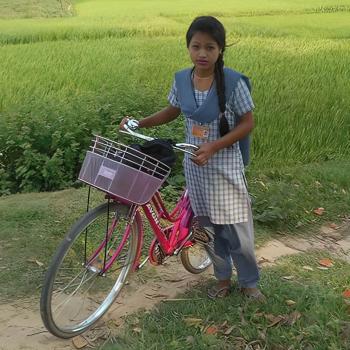