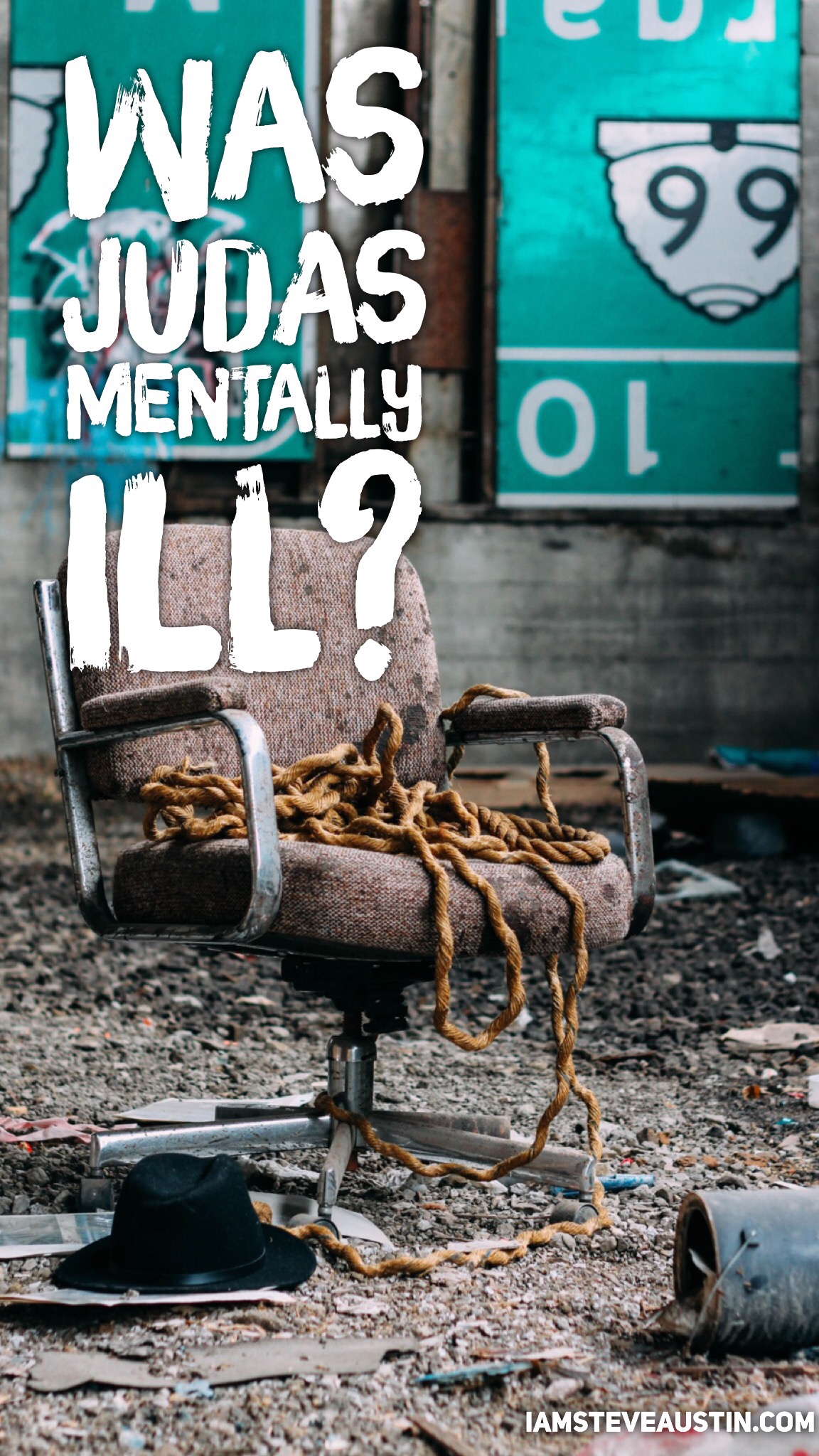 I feel very sorry for Judas. He’s probably the most despised character in all of Christendom. Yet, Judas is my favorite because we have so much in common. I would have been Judas.

Everyone around must have commented on how close he was to Jesus. For Judas, the Truth had skin on and dirt under his nails. As the trusted bookkeeper, Judas showed real leadership potential. He was on the front row at every tent meeting. What a great guy, they would say, look how faithful. He followed Jesus so closely, right up until the very end. Well, almost. Judas knew Hope intimately, yet he willingly walked away.

I used to wonder what caused Judas to sell-out; but in the days immediately following my own suicide attempt, I could imagine exactly how it happened. Judas allowed his struggles to separate him from the goodness of Jesus.

We may never know what deep questions and doubts Judas had, but I feel certain of this: Judas had secrets. Don’t we all know what it’s like to carry around a secret? I wonder if it was greed that caused him to steal money from the Lord’s purse, or something else? Did pressure to perform lead to anxiety and darkness? Did hopelessness make him doubt Jesus was who he said he was? Had he been one of the men who frequented the woman at the well? Whatever the case, I imagine a load of guilt and shame caused the guy unbearable anxiety. He couldn’t sleep at night, because his soul was storm-tossed. I think depression weighed heavy on him. Judas worked for the most famous faith-healer and evangelist the world has ever known, but he couldn’t get his own life together.

Of course we know little about his background, and nothing about his thoughts, but this is how I imagine Judas.

He was a wreck. A total mess. Responsible for the murder of Jesus, he just couldn’t cope with the guilt. He couldn’t forgive himself. He was overwhelmed with grief and could not get past his own mistakes. Who knows what really started the ball rolling…but whatever it was, Judas slowly faded toward his eventual and infamous demise.

When I imagine Judas, I imagine him as mentally ill. A hurt, an offense, divorce, jealousy, a drinking problem, something unexpected that causes us to question everything we’ve ever known. We have a weak moment, and the emotions that have been simmering all this time suddenly begin to boil.

This picture of Judas is one that mirrors our lives when we begin to focus more on our failures than the power of second chances. I’ve heard well-meaning people say suicide is “the coward’s way out,” but they have obviously never experienced the depths of tragedy and despair. For someone to commit suicide, I believe they’re already living in Hell. From that place, condemnation to eternal judgment is nothing new. They’re already there. 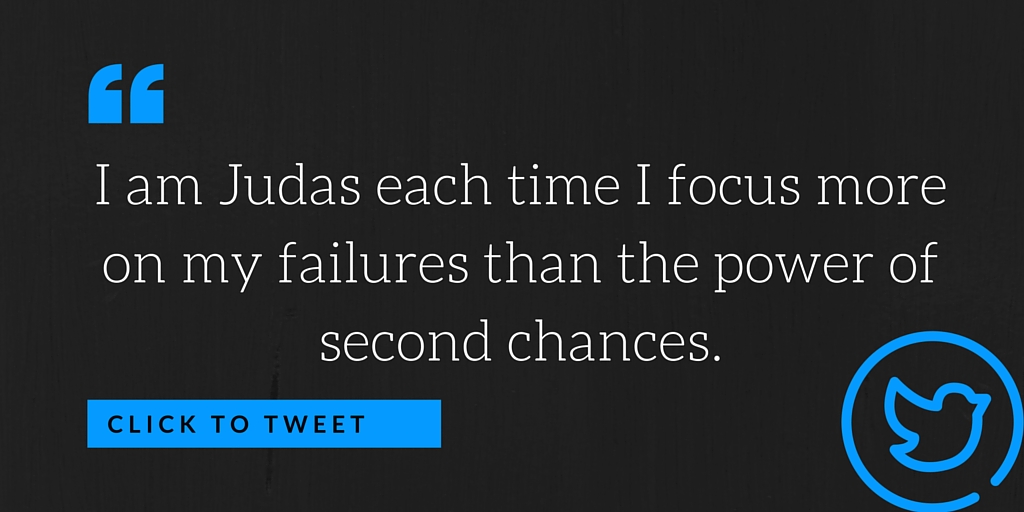 The biblical account of Judas is the most moving of all the disciples for me because it highlights that he was a very flawed man. So am I. Judas genuinely loved and followed Jesus, yet he royally screwed up and we see in Scripture just how deeply he regretted his betrayal. All of this feels eerily familiar to me.

I don’t think Judas is burning in Hell. I think his own personal hell was in the moments before and after he kissed Jesus on the cheek and threw those thirty tarnished pieces of silver back at the feet of the Pharisees. Judas acknowledged his own guilt and begged for things to be different. I think as the thirty pieces of silver clinked across the limestone floor of the synagogue that dark night, Judas made his peace with God, but felt he could never face his own shame in public ever again.

I have walked a mile in those same shoes.

Judas lost all hope. So did I. He went outside the city, threw a rope over a big tree branch, wrapped a noose around his neck, and committed suicide. My first attempt was a leather belt, wrapped around a flimsy shower rod in a hotel bathroom. I wonder if the last sounds Judas heard, before his neck snapped and he died, were the nails being hammered into the flesh of The One he betrayed? The One, dying on another tree, to give us hope. The One dying for me and for Judas.

March 31, 2016
What a Crumbled Cake and a Broken Bottle of Wine Taught Me about Faith
Next Post

April 6, 2016 Tangled in the Web of Postpartum Depression
Recent Comments
26 Comments | Leave a Comment
"I'm glad you agree. As far as my message/gospel, the best thing to do is ..."
graceismessy The Most Rebellious Thing a Christian ..."
"I'm in complete agreement, but I would love to know what your message/gospel is to ..."
Nimblewill The Most Rebellious Thing a Christian ..."
"Thanks Steve, so true."
Done with Religion No, Jesus is Not Headed to ..."
"Love. It all boils down to love."
graceismessy No, Jesus is Not Headed to ..."
Browse Our Archives
Follow Us!