Why a Vote for Trump is a Vote Against Women

Why a Vote for Trump is a Vote Against Women August 10, 2016 Guest Contributor

When I read Lisa’s original article on Yourtango, I knew I had to have her write a post for the Grace is Messy Tribe! Lisa’s words are timely and so important. Don’t miss this post. 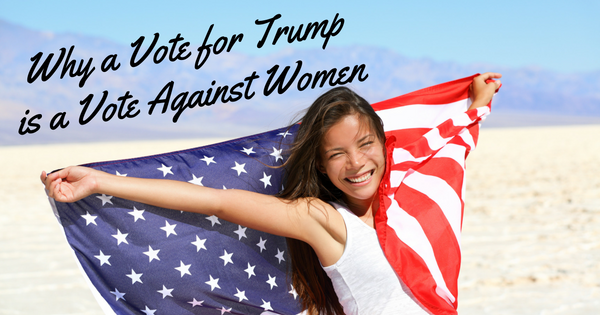 Recently I wrote a blog about Fox New’s anchor, Gretchen Carlson and the lawsuit she has against her former boss, Roger Ailes. Carlson’s story has been at the top of the trending news stories for the past few weeks. I think that is so because so many women can relate to Carlson’s situation in that many of us have suffered from sexual harassment in our work places. Almost every woman that I have spoken to completely supports Carlson and fully believes her story.

Yet one of our presidential candidates has weighed in on sexual harassment and you might find his comments rather terrifying.  When asked about sexual harassment in the workplace as it might pertain to his daughter, Donald Trump said, “I would like to think she would find another career or find another company if that was the case.” So Trump’s daughter, Ivanka, a very wealthy and educated woman, could just quit and find herself another job but what about the rest of us?  Most women can’t as easily quit and find gainful employment.  What about single moms, or poor women, or elderly women who can’t go without a paycheck for any length of time?

Trump’s son, Eric, went on to suggest, “Ivanka is a strong, powerful woman. She wouldn’t allow herself to be, you know, subjected to it.”  Apparently the Trump men think that women have control over whether or not they are sexually harassed and whether or not they can quickly and easily leave to find new employment.  How terribly lacking in compassion can these men be? I was sexually harassed and I am a strong, powerful, educated woman.  Sexual harassment doesn’t discriminate.  Carlson is a strong and powerful woman at the top of her career and yet it still happened to her.

Sexual harassment has affected so many women in devastating ways. When our workplace doesn’t feel safe, our work and our families are terribly affected.  When other men don’t criticize men like the Trumps for their comments, they are essentially validating those comments and thus undermining women.  When men like Donald Trump criticize or sexualize women, they are dehumanizing us and harming us in more ways than just name-calling.

It’s time for women to stand up to men like Donald and Eric Trump.  It’s time for us to have zero tolerance for their comments and behavior.  We must call out every time we are sexually harassed or we see harassment happening to other women.  It is time for us to choose leaders who respect us in all areas of our lives, especially at work.  Any candidate, who isn’t actively supporting women and women’s rights, won’t do what’s necessary to help us during their presidency.

Think carefully before you head to the polls this November. Is your candidate going to stand up for your rights at work and at home? Does your candidate respect women and their need for respect and safety at work?  How does your candidate speak about women and families?  Donald Trump hasn’t shown that he is worthy of women’s votes; maybe it’s time to insist that he behave differently before we vote him into the most important job in the world. 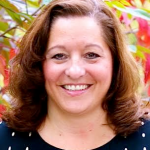 Lisa Kaplin is a psychologist, life coach, and professional speaker at http://www.smartwomeninspiredlives.com/

You can reach her at Lisa@smartwomeninspiredlives.com 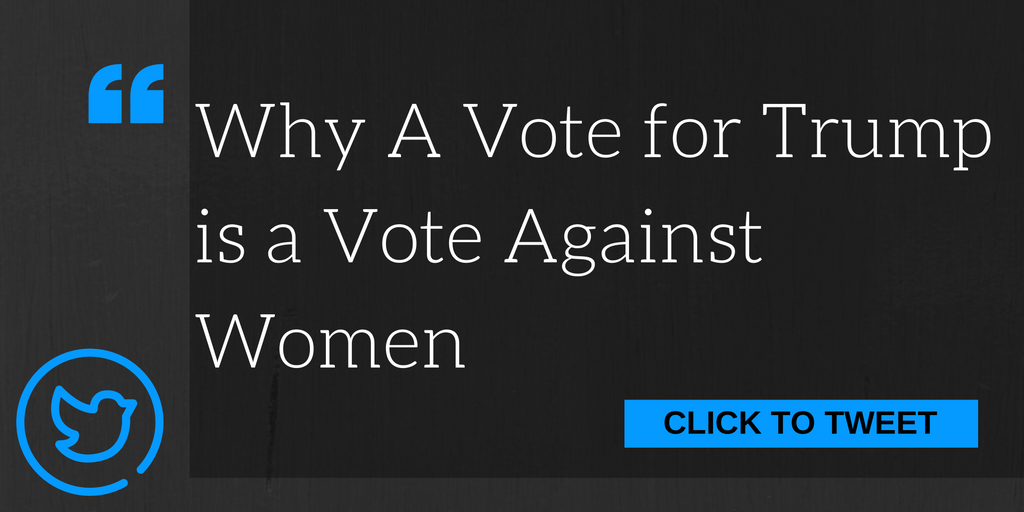 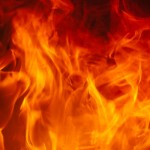 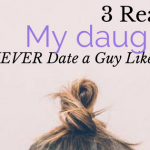 August 11, 2016 How to Have Authentic Faith in the Midst of Anxiety
Recent Comments
0 | Leave a Comment
"I'm glad you agree. As far as my message/gospel, the best thing to do is ..."
graceismessy The Most Rebellious Thing a Christian ..."
"I'm in complete agreement, but I would love to know what your message/gospel is to ..."
Nimblewill The Most Rebellious Thing a Christian ..."
"Thanks Steve, so true."
Done with Religion No, Jesus is Not Headed to ..."
"Love. It all boils down to love."
graceismessy No, Jesus is Not Headed to ..."
Browse Our Archives
get the latest from
Progressive Christian
Sign up for our newsletter
POPULAR AT PATHEOS Progressive Christian
1

Mansplaining in the Bible, and a...
Freelance Christianity
Related posts from Grace is Messy