Are We Becoming Distracted by the Gods?

A friend and I were talking recently about how we individually experience the Gods. We also spoke about how we had seen numerous people share their experiences as well. Since then, I keep coming back to the idea of polytheism. I find it fascinating that almost everyone seems to perceive the gods differently. I personally don’t identify as either a hard or soft polytheist. Like in a lot of my witchcraft (and arguably my life in general) I have a hard time seeing things in terms of this or that.

During this conversation with my friend we reflected on something that is really common in pagan communities. A lot of people that I have met are very quick to assign deities to their experiences.  Time and time again I have witnessed people share their experience after a working only to fixate on the grandeur of a particular god or goddess. I also recognize this is it is something that I haven’t been immune to.

Early on in my life I was exposed to paganism pretty head on, however things weren’t usually explained to me. I spectated on what was supposed to be the spiritual journey of my mother and others in the community. Very rarely are we exposed to magic without it wrapping itself around us and causing us to seek out more. I’m very thankful that things weren’t explained to me so easily as it caused me to have my own experiences. Through this, I connected to the spirits that were around me. I became close to an old oak tree in the cemetery near my house. Each morning I would laugh back at the crows behind my house and chatter with them. I would communicate with the fae hiding between the cracks of Salem.

Really simple things were quite magical and untainted by the idea of needing more. It wasn’t until I rejoined pagan circles later in life that I first felt the need to tie deity to my experiences. At that time it seemed to me that everyone around me was having elaborate connections with the gods and I found myself questioning my own practice.

For a long time I thought that I must be really self-centered because I always found myself facing my own image when guided to seek out messages from the gods. It’s not as though I didn’t experience other beings as well, but more often than not I faced myself. To a point this began to turn into self-doubt, but that was short lived. I could choose to look at the magical things that happen in my life and credit it to specific deities. However, I find that this simply puts a limitation on the experience that isn’t necessary for myself.

I believe that 90% of the messages we receive are actually coming from our own psyche. It is usually our own minds adapting the best face to the messenger in order to get the point across. Would you be more apt to listen to a message relayed to you from yourself, or from the mouth of a powerful deity?

I have found it incredibly important for myself to reclaim the messages I have received over the years. It makes sense that my psyche would take on the visage of my face because my practice is mostly about self-development. I realized that the reason I wasn’t seeing my messages as magical, was because I wasn’t seeing myself as magical. Whether I see myself standing as a goddess reminding me to stand in my power, or as a wounded little girl in need of nurturing, those are my lessons.

What Lays Beneath the Surface?

To be clear, I am in no way stating that the Gods and Goddess aren’t real. As I have talked about before, I work a lot with my local spirits as well as deities. Essentially I believe in a divine source that encompasses all of the divine. Within that source are the individual facets of Gods and Goddesses that make up the whole. I personally tend to work more with archetypes than with specific deities of different mythos. This isn’t because I don’t believe in the power of those deities, I just simply don’t find connection with those cultures and mythologies as much as I do behind the archetypes and ideas behind them. I believe that the divine source often uses the faces of specific gods and goddesses to get the best message across as well.

While the gods hold many lessons that we can learn from, ultimately it is important to acknowledge the lesson or message itself rather than getting wrapped up in the glamour of it all. Perhaps rather than treating the gods like celebrities and putting them on pedestals, we should be asking ourselves why that god in particular is the most effective one to get the message across at that time. What lessons might we have to learn hidden behind the face of the gods? 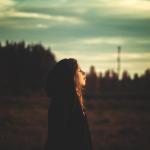 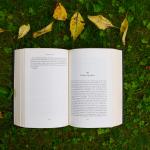 March 8, 2018 Growing Up Pagan: Most Influential Books
Recent Comments
6 Comments | Leave a Comment
Browse Our Archives
Related posts from Hawthorne and the Rose