Growing Up Pagan: Most Influential Books

For as long as I can remember I have been surrounded by books. In my earliest years my mother had a bookstore on Essex Street called the Black Cat Book Guild. I grew up on the store’s floors mixing together baggies of leftover herb crumblings and drawing pentagrams on paper bags. I spent a lot of time pouring over old musty books with yellowed pages and writing my own stories. I would later own my own library full of books that my partner vehemently refuses to help me move. It is still growing.

If there is one thing I know to be true, it’s that witches love books. It is the one thing we all can agree on. It is also one of the things that we disagree on most. A lot of people like to know which occult books people turned to first. What really grabbed them, and pulled them on this path of witchcraft? Unfortunately I can’t really answer this question. Books weren’t my first introduction to witchcraft as it is to most others. I honestly can’t even place an introduction to witchcraft in my life, as it was always there. What I can do is speak to the books and authors that have had the most influence on the way that I see magic in the world. (Don’t worry, an occult book version will probably follow.) 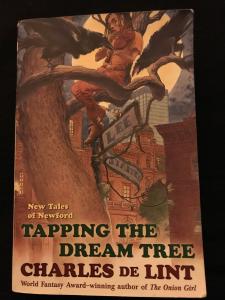 I remember my first Charles de Lint book like it was yesterday. I was probably no more than eleven and I found myself standing in the Fantasy section of Barnes & Noble. I had recently “outgrown” the teen section after devouring anything that I deemed worthy. I raced through books, not realizing that I was trying to find a little bit of the magic I knew existed in the world. None of the books that I had read had contained “it” and I didn’t even know what “it” was. Then, I found it.

My first book was Waifs and Strays, an anthology filled with coming of age stories. Most of the stories were about teenage girls who were smart, street savvy, and made mistakes along the way, but most of all they were full of magic. These girls lived in urban cities and saw the magic that existed just out of the corner of their eyes. They spoke with the faerie queens of abandoned malls, or the fae of the land who looked like homeless men sleeping on street corners. They saw the world just like I did, and they went through terrible things, and they came out stronger for it. I quickly devoured every book of his that I could find. I still own all of them, most have worn edges from bouncing around in school backpacks and forcing onto unsuspecting friends.

What Charles de Lint Taught Me About Magic 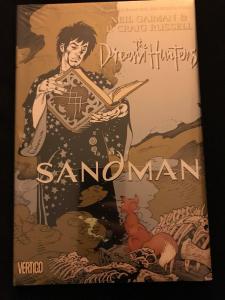 This is one that I have to give my father full credit for. My first experience with Neil Gaiman was through a silly little cartoon that my father got me of the Endless. It made them more cartoonish and relateble for a child to read, and aside from a giant naked woman, was much more appropriate for my age. Though it didn’t take long for me to discover the Sandman comics though and to fall completely in love.

The Endless were my first exposure to beings that felt very much real, but were embodiment of the human experience rather than Gods. I had experienced a lot of local spirits and beings with titles as a child, but they had never been spoken about or acknowledged by others. The community in which I was raised in and the lens in which I was exposed to things kept a very God/Goddess focus, and not much on other spirit forms. The Endless felt very real and palpable to me, because they were beings that we come into contact with many times in our lives. I will let you know as well that I asked Neil Gaiman at one point about how he felt about people working with the Endless and his response was essentially that the Endless would find it strange for someone to work with them as they are simply human experience.

What Gaiman Taught Me About Magic

There are several novels that Gaiman has written that have been devoured by magical people, such as American Gods, Stardust, the Ocean at the End of the Lane, etc. His view of animism and God forms very much shaped my own in ways, and in other ways made me realize how I don’t view them. His most magically influential novel that I read as a child was probably Coraline (more often known as the film of the same name). Coraline’s adventures into the otherside very much mirrored a lot of the dream work that I was doing at the time, and it was through this that I learned to be more cautious of the spirits and my words.

Suggested book: The Ocean at the End of the Lane by Neil Gaiman

I can recall if my first exposure to Terry Pratchett was with the Tiffany Aching stories or with the Hogfather movie. I was around the same age when I first discovered both of them, so ultimately I guess it wouldn’t matter. Terry Pratchett taught me something that I would have never learned on my own growing up in Salem: to laugh at myself.  I regularly reflect that Pratchett seemed to know more about witches than most witches know about themselves.

He has become wildly quoted within the pagan community.  Some of my favorite quotes being;

‘Witches took the view that they helped society in all kinds of ways which couldn’t easily be explained but would become obvious if they stopped doing them, and that it was worth six pence and one half-penny not to find out what these were.’ (TG)

‘You’re average witch is not, by nature, a social animal as far as other witches are concerned. There’s a conflict of dominant personalities. There’s a group of ringleaders without a ring. There’s the basic unwritten rule of witchcraft, which is ‘Don’t do what you will, do what I say’. The natural size of a coven is one.’ (WA)

Between the satire and general humor of Pratchett’s books, there is a lot of wisdom that we can apply to our practices. 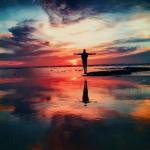 January 13, 2018
Are We Becoming Distracted by the Gods?
Next Post 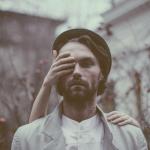 August 9, 2018 Depression & Witchcraft: Healing the Unexpected Shadow
Recent Comments
3 Comments | Leave a Comment
Browse Our Archives
get the latest updates from
Hawthorne and the Rose
and the Patheos
Pagan
Channel
POPULAR AT PATHEOS Pagan
1

Hoodoo How We Do: Underwear Spells
Voodoo Universe
Related posts from Hawthorne and the Rose