The Four Gods Who Are Most Important to Me

The Four Gods Who Are Most Important to Me July 10, 2017 Bekah Evie Bel

Our channel manager here at Patheos Pagan, Jason Mankey, suggested a weekly theme for July.  Last week was the theme of how we found Paganism – or how we found the path we are currently on.  This weeks theme is the question of which deities, or other higher power, are most important to us and how we came to find these beings.

Everyone who has ever read my blog is surely aware of my relationship with Hekate.  As a polytheist I worship and honour many deities, but if I had to choose only one deity to communicate with for the rest of my life – Hekate is the one I would choose.  Indeed, I wouldn’t even have to choose, it’s the inevitable outcome.  I have before, and sometimes still do, come kind of close to being a henotheist – belief in many/all deities but focus on only one of Them.

I have discussed how I discovered Her before, a couple of times now, so won’t go too deep here.  Suffice to say, Hekate is one I have known before I ever knew Her name, or anything about the Hellenic Gods.  It was encountering Her name in a book, and feeling a shock of recognition and more, that put me on the path to where I am now as a Hekatean Hellene and Hearth Witch.

But, even if I do come close to henotheism sometimes – I don’t actually cross the line.  I honour and worship many deities, and Hekate is the main one.  But there are others who are, for lack of a better word, my favourites and thus get more of my thoughts, energies, studies, time, offerings etc than all the other Gods.

This is kind of frustrating to be honest, because I don’t remember when or how I first encountered Hermes – but I know that I did.  It’s like He wasn’t there one day, then the next day He was there.  But weirder, it wasn’t a “suddenly there” type of thing, but more, He was there and it felt like He’d always been there – even though I know He wasn’t!

I believe it wasn’t until my mid to late teens when I started to pay special attention to Hermes, to pray to Him, learn about Him and offer to Him.  At first my encounters with Him were almost entirely alongside Hekate – I would offer or pray to Him as a partner of Hers, rather than on His own behalf.  So I wonder if that is how it came about in the first place.

Over time this changed, and I began to also communicate with Him without involving Hekate at all.  Now, I offer to Him on a regular basis and He holds a place on my shrine.

My discovery of Prometheus happened last year, unexpectedly and surprisingly – and I can remember it all quite well.  I have even written about it in part, but to recap what I wrote about – I began writing about animal sacrifice, which includes Prometheus of course.  After that I began to notice many references to Him in various places and ways, most notably was a particular grouping of posts on Facebook.  I also had a very odd dream that was partially in reference to Him.

I have actually had several dreams about Him, usually at times when it’s been quite a while since I wrote or read about Him at all – so it’s not just everyday life carrying over to my dreams.  The first one though was the most memorable, even if it doesn’t make any sense.  I dreamt I was standing in a room with a bunch of other people who I couldn’t quite see properly.  In an adjoining room someone was giving birth, I could see through the door that the room was filled with fire.  Like, maybe the person giving birth was actually made of fire – or perhaps they were giving birth to fire.  Either way it was full of fire.  One of the hazy people in, I guess it was a waiting room, with me turned to me and said, “It’s Prometheus.  Prometheus is being born now.”

And… I cannot remember the rest of the dream (couldn’t even the day after it happened).  Now of course it makes no sense, He is not the son of fire nor was He born of or as fire.  But as the bringer of fire, it kind of does make sense – when He was born, fire was as well, from a human point of view that is.  Because without Him, we wouldn’t have fire.

That was the first time Prometheus communicated with me.  You could say it was just a dream, but I know the difference between normal dreams and those dreams – I should after so long having them with Hekate.  It was not a normal dream.  Besides, it was followed with other dreams, other signs, other occurrences and other encounters, as well as multiple people telling me that Prometheus was trying to get my attention.

He is the one I never contact, never offer to (except in rituals to groups of deities), never dedicate rituals to, have no icons or idols of in my home or on my shrines or even on my computer.  A deity who I avoid as much as possible and who has agreed to avoid me (though I wonder if He is actually doing so).

And no, sorry, I am not going to explain this one fully.  At least not today – I may go into it in a separate blog post one day though.  Maybe.

Hekate, Hermes and Prometheus are the three Gods who are most important to me for numerous reasons, mostly personal.  They are also the ones who happen to communicate with me most often.  But there are other Gods who are important to me in a less personal way, and many of Them haven’t ever communicated with me (or not that I have noticed anyway). They still play an important part in my practice and life, for numerous reasons, some of which aren’t easily defined beyond a feeling.

So, there are three who are super important to me. There is one who is just as important in a very different way.  And then there are the many who are important to me for sometimes obscure and even stupid reasons (Nyx for example, because I really like the night time).  However it came to be, whatever the reason – the Gods who are part of my regular practice have become very important parts of my life.  And I am sure there are still more to come. 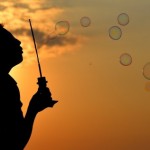 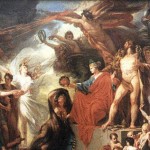 July 14, 2017 Playing Favourites With the Gods
Browse Our Archives
get the latest from
Pagan
Sign up for our newsletter
POPULAR AT PATHEOS Pagan
1