Americans Are Starved For Community: TV Might Be The Answer

These are my favorite places to visit when I’m stressed.

Of course, every one of these towns is entirely fictional and exists only within the bounds of our TV screens. Best as I can tell, most of us have a few of these places in the queue and, for an hour or two before bed, we escape there for a soothing trip into someone else’s life.

But not just another life. Another place.

It’s not like the lives of characters in these places are utterly without pain or drama. In fact, the drama is often THE POINT. But I’m going to venture a guess that what we revisit again and again, when watching a favorite show, is not just a beloved bunch of characters and well-known storylines– it’s the place itself.

My hunch is that Americans are spending more and more time watching television series about small towns these days– because we are desperate for the sense of community embodied in those fictional places. And the soothing rhythm of life that, for all the stress of the actual characters’ lives, presents and antidote to the frantic pace of our own.

Or maybe we just like to pretend that places still exist where people hang out and talk to each other about something other than the complete and total meltdown of democracy and public discourse. Can you blame us?

Some of my favorite shows are set in big cities too– I’ll go to D.C. with Sam, Toby, Josh and C.J. as many times as Netflix will take me there. If I die in L.A., then so be it–call the Fischer family to bury me and it will be like visiting old friends. And the Marvelous Mrs. Maisel-– set in anything-but-small-town-New York City– is the best thing on the screen right now. So it’s not like small town shows are the only ones worthy undying fan-dom. But if a recent thread on my personal Facebook page is any indication, we’ve got a particular yin for a more localized experience right now; and many of us are living out that fantasy via fictional small towns.

Part of me wants to point out the problematic nature of too much screen time, regardless of what we’re watching. (As one of my kids pointed out recently: “parents can be such hypocrite-zes sometimes.”) Another part of me wants to note that chronic escapism will be the death of us all: nested on our comfy couches with the remote,  watching Leslie Knope hustle to save her community instead of getting out there and changing our own. Fair points, all around.

And yet. There is something meaningful that we crave– and somehow find –in fictional places and people. These shows are soothing to the soul in a way that could ultimately shape our real lived experience. There’s something in a Star’s Hollow town meeting that is not just entertaining, but also kind of spiritual. Going to a Friday night football game in a pretend Texas town makes us feel like we’ve taken a trip home. And it is entirely possible that watching the city of Pawnee, Indiana figure out how to reinvent itself –however imperfectly–might spark us to transform our own communities.

We all need downtime, after all. And if our resting hours sometimes involve a visit to a not-so-real place that will ultimately lead us to reshape our own realties, then so be it. Sometimes, life imitates art.

Television worlds might even help to illuminate what we are missing in our own lives: a sense of connectedness with the place we live in and the people who live near us; a sense of purpose in making those places better for everyone; a pace of life that allows for deep breaths and just being; and a civic dialogue that, while not always easy, does not have to be toxic.

The irony, of course, is that America has spent the last few decades collectively migrating to big cities. Stats indicate that within a decade, 90% of the population will be living in a major metro area. We love the diversity, the culture, the food; the education and career opportunities, and the access to major airports: gateways to the rest of the wide world. Cities are amazing. Trouble is, we don’t always know how to find our tribe once we get there. There’s not always an obvious path to becoming part of the fiber of a place. People are transient and roots are shallow. Broadly speaking, we are a lonely species in an even lonelier time.

Could be that part of the problem is we watch too much t.v. However– sometimes a deep longing of the spirit is answered in the fictional universe. There’s nothing wrong with that, as long as we remember this: while a little t.v. bingeing might be good for the soul in the short term, what we are really after is available in reality. The practice of being part of a community; and the spiritual work of transforming those places for the better. That’s what we like to see on the screen, right? Lives transformed by the power of the neighborhood.

Maybe your ‘neighborhood’ is a small but socially active church in a big city. Maybe it’s a grassroots organizing group or a nonprofit agency. Maybe it is a school or workplace in a small town. Or maybe your neighborhood is an actual neighborhood. Wherever you find it, however you get there, know that the worlds you escape to via Hulu or Prime can be real. And maybe closer than you imagine.

What’s your favorite show to watch and re-watch? Is it just a nice place to visit? or would you really want to live there? Go make it so. 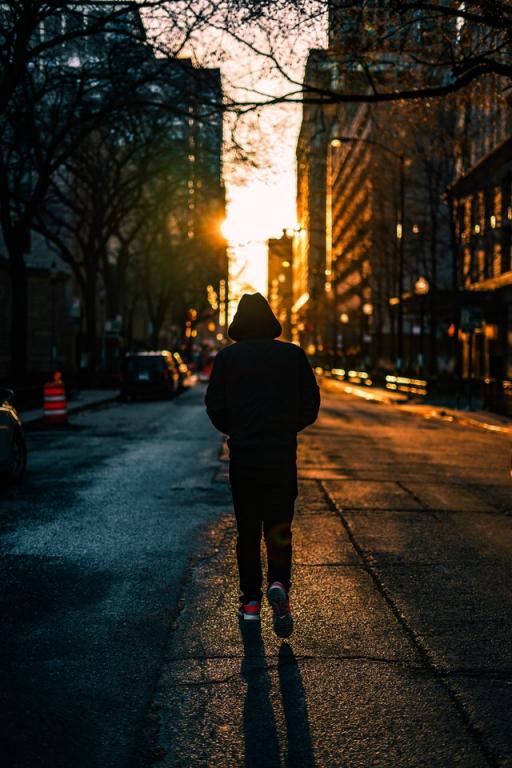 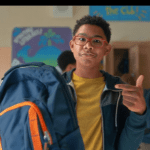 September 18, 2019
Sit With The Fear: Why The New Sandy Hook Promise Video Should Leave You Haunted
Next Post 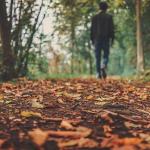 October 1, 2019 October Is Burning: 31 Days To Save The Planet
Recent Comments
0 | Leave a Comment
Browse Our Archives
Follow Us!

Top Ten Reasons NOT to Go...
The Desert Sanctuary
Related posts from Irreverin