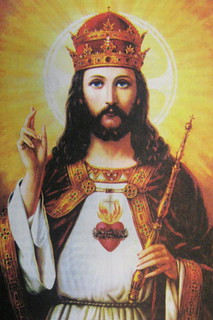 Previously, I suggested from Scripture that the phrase “son of God,” when applied to Jesus, connotes “king”, . . . not “God.” In this series, I repeatedly affirmed Jesus’ deity. I simply distinguish between his deity and the title “son of God.”

Is this even important? Are we just playing with words? After all, some might say, “If he is God, then what does it really matter?”

Jesus is the “Son of God, the King of Israel” (John 1:49). Two examples show why it matters that we not minimize this fact (by simply saying that the title itself implies deity).

Many gods, One King

In many cultures of the world, such as Thailand or India, people are accustomed to hearing about or worshipping many gods.

Suppose a missionary arrives at one of these places, vigorously making the point: “Son of God” means “Jesus is God.” Of course, Jesus is “son of God” and he is God. (As we’ve seen, however, one doesn’t necessarily imply the other.) So, how might people respond?

Locals might respond something like the Athenians to Paul, “He seems to be a preacher of foreign divinities” (Acts 17:18). Many will listen with interest, eager to add one more god to their pantheon of deities. Others will pass by without a second thought, feeling they have no time to worship one more god.

On the other hand, countries like Thailand and others will show very little patience with someone claiming that Jesus is king. Locals would receive such a suggestion quite differently now than if they had merely heard that Jesus was god. They would understand the serious implications of this gospel message. This message demands a change of fundamental allegiance.

Naturally, people will make accusations like those made against the early Christians, who proclaimed Jesus as “Christ” (Acts 17:3). In response, locals will oppose the gospel by saying,

“These men who have turned the world upside down have come here also, . . . they are all acting against the decrees of Caesar, saying that there is another king, Jesus” (Acts 17:6–7).

Imagine different the responses I see when I tell people in China that Jesus is “Chairman.” The always grasp the message much faster when I say it that way.

There is an ongoing debate whether Bible translations in Muslim countries should translate “Son of God” literally as “son” or in some other way, like “king.” Such language often confuses Muslims, who think that it implies that God the Father impregnated Mary. This is not the space for me to jump in on that debate.

Instead, I want to point out the benefits of actually doing exegesis and not simply arguing from the conclusions of systematic theology (even if they are right!).

Show people from the text that God this sort of sonship language has a particular function throughout the canon. Use this as an opportunity to show people how to interpret Scripture. This is something many of them have never had to do. They simply absorb whatever is told them by the local Imam.

The Bible is full of these kinds of texts. The Bible reflects the custom of other ancient near eastern covenants. When (higher) suzerain kings established covenants with (lower) vassal kings, they typically invoked sonship-language. This is why God says to Pharaoh, “Israel is my firstborn son” (Exod 4:22; Jer 31:9; Hos 11:1).

Is there any way to link the two ideas–– deity and kingship? Yes, of course. But there are plenty of resources that can help you develop your thoughts. One helpful and accessible book includes N. T. Wright’s How God Became King.

For now, I’ll conclude with these summary remarks. The entire Bible tells the story of Creator King who seeks to make the world to be a kingdom and a Temple, the place in which he will dwell. In short, God seeks to make a theocracy, although not the type envisioned by terrorists and religious extremists. In Christ, God himself does come into the world to establish his kingdom. This is story we tell in the gospel.

April 23, 2014 Can we deny the truth when affirming Christ's deity?
Recent Comments
0 | Leave a Comment
Browse Our Archives
Related posts from Jackson Wu