Can we deny the truth when affirming Christ’s deity? 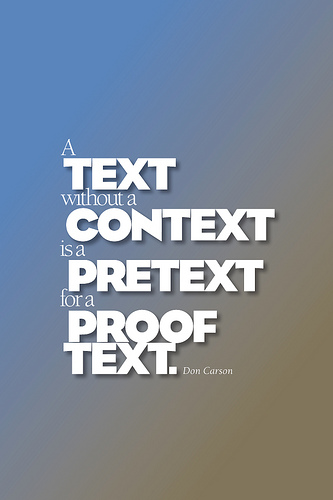 In a previous post, I argued that the phrase “son of God” itself does not imply deity. To be clear, I wholeheartedly affirm that Jesus is God incarnate. However, that does not excuse our misusing a key biblical phrase. In my last post, I explained some of the practical reasons why this discussion matters.

In this post, I want to emphasize another reason why this conversation matters. This misunderstanding as to the meaning of the phrase “son of God” highlights a fundamental flaw in the way we view Scripture and, specifically, our approach to interpreting the Bible.

During this Easter season, a lot of people will probably emphasize the point that Jesus is the “son of God.” By that however, they mean that Jesus is divine. You might ask, “So what’s the problem?” The problem is simply this:

When we settle for what is merely true (Jesus has a divine nature), then we miss out on what the phrase actually means.

When the biblical writers use that title, “son of God”, they are not intending to primarily denote Jesus’ deity. The fact that Jesus is divine does not give us the right to force the phrase “son of God” to carry that meaning. To do so is to assume authority over the Bible itself.

“By what right do we take scripture and find ways of making it talk about the things we want to talk about?” (377)

In other words, we have no right to misuse the Bible, even in order to prove something true.

One reason this conversation matters is that it signals a common tendency to read our systematic theology into places in the Bible that it doesn’t belong. If we do that with such a key phrase like “son of God,” where else might we confuse systematic theology and biblical theology?

Let me rephrase the question––

How often might we be applying a right doctrine to a wrong text?

Misapply a right truth to a wrong text fosters bad habits in both ourselves and in those whom we serve. When interpreting the Bible, we need to slow ourselves down and pay attention to the biblical context. Our tendency is to assume our definitions are the same as that of the biblical author’s. This is simply not the case.

I love a phrase John Walton often uses. He says the Bible “does communicate to us and it was written for us, and for all humankind. But it was not written to us.” This is such an important point. We cannot assume that we share the same worldview as the original authors. Thus, we cannot immediately that ancients used the phrase “son of God” in the same we would.

Many who read this may be quite content to use the phrase “son of God” to emphasize Jesus’ deity. They might strongly react against what I have written, even though I adamantly affirm Jesus’ deity. Why? They think that are protecting a fundamental doctrine of Scripture.

Sadly however, they do not realize the cost that must be paid. When we say that “son of God” inherently refers to Jesus’ deity, the first causality is the Bible itself.

Piece by piece, we change the author’s original intent.

We might subtly switch major and minor points of emphasis. In this way, our systematizing rearranges the biblical story. In the process, it becomes very easy to confuse our theology for the biblical message itself. We can have wonderful theology and teach completely true doctrine and yet still be wrong time and time again when it comes to particular passages.

What does this mean for our doctrine of Scripture? Potentially, one unwittingly confuses biblical infallibility with interpretive infallibility. By confusing the two, conservatives commit an error similar to that of liberals.

The basic problem conservatives have with liberals is that liberals selectively pick and choose what they will accept as God’s word. Therefore, they like to stuff about loving each other but not the parts about miracles, resurrection, etc.

Conservatives can be guilty of an opposite albeit similar problem. Conservatives rightly want to protect certain truths, like Christ’s deity. However, if we make texts affirm Christ’s deity when that was never their intention, we functionally deny what they biblical text actually saying.

We may not overtly deny the truth; however, our silence on the main point still shows a certain selectivity that does not honor God’s revelation. When we don’t major on the major points of a given passage, those truths slowly disappear from our consciousness and thus our teaching.

I obviously think liberal denials are far worse that conservative silence. Nevertheless, neither respects the text the way we ought. We are messengers of the Son of God, the King of kings. We should seek to convey his message, not ours, not matter how true it is. 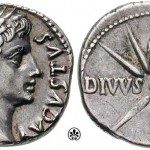