10 Ideas for Crafting the Biblical Story among UPGs 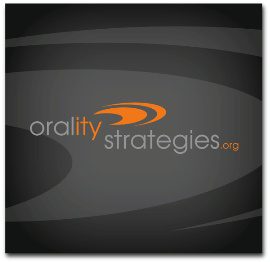 Storytelling often is a key component of ministry among many Unreached People Groups (UPGs). Various organizations, such as the International Orality Network, have given significant attention to developing strategies to reach oral learners.

This sort of ministry is about more than simply telling true stories in an interesting way. How we tell the biblical story and the themes we discuss shape the “DNA” and worldview of the people who hear and receive the gospel.

These UPGs are largely collectivistic, honor-shame cultures. Therefore, a few key questions must be considered.

In what follows, I give ten suggestions for crafting the biblical story in a more contextualized way. Recall that the goal of contextualization is two-fold. Our message should be biblically faithful and cultural meaningful.

1. Start with the group, moving from the nation to the individual.

Typically, evangelistic presentations begin with individuals. They not only stress how Adam and Eve first sinned, traditional presentations focus on the individual hearing the message. We should tell the story in view of Gen 11 (complemented by Gen 12, where God promises to bless all nations). Perhaps then people might people hear something about the fall of nations and the sins that plague communities.

2. Highlight sin and evil as shame, loss of face, and the disintegration of the group.

Conventional explanations of sin almost exclusively use legal metaphors. Sin is described as “breaking God’s law.” However, the Bible often presents sin as “dishonoring” God resulting not only in shame but broken relationships with God and others. UPGs are highly sensitive to these themes.

Biblically speaking, monotheism fundamentally concerns kingship, not simply the number of “gods” that do or do not exist. This is especially prominent in Isaiah and Psalms. Among UPGs, people need to understand how their view of God (or of many “gods”) influences their understanding of authority and ultimate allegiance. God is not only powerful. He is the king of all nations.

In many respects, Israel can rightly be seen as a minority group among the nations (cf. Deut 4:27; 7:6–9; 26:5; Ezek 12:16). Foreigners often oppressed them, whether Egypt, Babylon, or the Romans. Naturally, this context creates a mixture of despair, hostility, compromise and fierce exclusion and inwardness. UPGs can thus appreciate the ancient Jewish longing for rescue and restoration.

In collectivistic cultures, relationships typically have a greater impact on one’s life and behavior than the concept of law. Trust and loyalty are prized virtues. In addition, many UPGs have suffered varying degrees of hardship, discord, or mistreatment such that there is a general desires for wrongs to be set right.

UPGs understand that honor and shame derive from a variety of factors, including one’s identity, name, gender and relationships. Although all people are tempted to assess their worth based on “what” they do, this is not the only measure that one might use. Thus, the ancient Jews boasted in their membership in Israel, claiming to be Abraham’s children.

7. Highlight salvation into community with a mission.

Israel was chosen for the sake of blessing the world that Abraham would have a family consisting of all nations. In the same way, UPGs need to know what salvation means. An individual is not simply saved out of a group. They belong to a new community and have a mission. We are saved for something, not simple from something.

The practice of making sacrifices to God (or gods) can have many layers of significance. Sacrifices are often regarded as gifts, expressions of worship, or a method of atonement. Another set of meanings is common to both the Bible and various UPG groups. Namely, one can present sacrifice as a means of expressing honor to God and of paying a debt.

Many UPGs recognize the importance of sacred places, such as land, altars, and sanctuary-types structures. This feature of their culture agrees with the worldview of those in the Bible. As a result, people can better understand biblical distinctions between holiness and impurity as well as their implications.

10. Explain the significance of symbols.

The ancient world is similar to many in UPG contexts in that people appreciate the significance of symbolism. Not only do various symbols constitute common ways of perceiving and talking about the world, symbols also have the potential for abuse, leading to pride and exclusion.

For those interested, I have touched on this subject previously. Mission Frontiers also dedicated an entire issue to the topic in Nov/Dec 2013 (click on the picture).

July 8, 2014 Five More Ideas for Crafting Stories among UPGs
Recent Comments
0 | Leave a Comment
Browse Our Archives
get the latest from
Jackson Wu
Sign up for our newsletter
POPULAR AT PATHEOS Evangelical
1

One Instrument at a Time just in Time
There was a french horn in our tub and this is a...
view all Evangelical blogs
What Are Your Thoughts?leave a comment
Copyright 2008-2021, Patheos. All rights reserved.
error: Content is protected !!