Recently, Stratfor.com had an excellent summary of the Chinese government’s perspective of Christianity. The article is titled “China Takes a Pragmatic Approach to Christianity” (Aug 8, 2014).

Here is a noteworthy excerpt:

For Beijing, religion is not seen solely as a personal moral or spiritual decision. Organized religion is seen as something that can rally support, build connections and potentially create a center of power opposed to, or at least not aligned with, the Communist Party. Yet Beijing also recognizes the very real value of religious or spiritual ideals in society. Christian missionaries initiated many of China’s early institutions of higher learning and medical hospitals, and religious organizations serve strong social security functions, providing services for orphans, the poor and other elements on the fringe of society. Religion also provides a moral framework that can reduce the likelihood of widespread unrest. It promotes satisfaction with the current life, a focus on social service, and a moral code that shuns corruption, greed and disorder. In short, religion can serve to mollify the masses and to soften the potential for unrest in the face of weakening economic performance.

But China is cautious of simply embracing religion for fear of allowing religious organizations, particularly those led from overseas, to garner too much influence or control. The Communist Party of China is a jealous leader and brooks no competition. Therefore, it is aiming to ensure that Christianity and other religions can operate in line with the Party’s continued leadership, do not rise up against government policies and, most important, do not consider Western ideas, morals and norms as superior to China’s. As the Communist Party of China’s moral authority has declined in China, little has emerged to fill the gap. Religion can provide some guidance, but the Party is also seeking to harness a greater force: Chinese nationalism and history as alternative sources of legitimacy. By emphasizing the extent of Chinese history, invention and philosophy, the Party is seeking to reduce the sense of need to seek such guidance and ideals elsewhere.

How should the church respond to such a perspective? 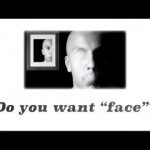 August 13, 2014 Do you want "face"?
Recent Comments
0 | Leave a Comment
Browse Our Archives
get the latest updates from
Jackson Wu
and the Patheos
Evangelical
Channel
POPULAR AT PATHEOS Evangelical
1