Both in Saving God’s Face and on this blog, I have highlighted a slight distinction between the two Chinese words for “face”–– lian (脸) and mianzi (面子). Do Chinese people understand this? Is this distinction important? Does is matter when it comes to evangelism and explaining theological ideas?

As soon as you distinguish lian and mianzi in conversation, you will often find that Chinese listeners don’t always understand or agree with this distinction. What are we to make of this? 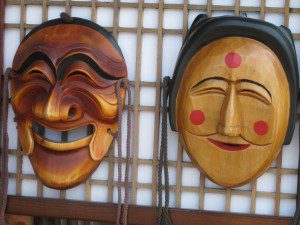 (By the way, this post is also relevant for people who don’t speak Chinese. In other languages, one will inevitably find that key terms could have multiple translations yet each word carries its own subtle connotations.)

First of all, I want to reiterate what is this difference between lian and mianzi. In Saving God’s Face, I document various Chinese writers (e.g. anthropologists, linguists, etc.) who have made this observation. The distinction is rooted in the Han language and thus is easier to explain in northern areas where Cantonese has had less of an influence on people’s daily use of language.

In short, mianzi is more superficial in nature, referring to one’s reputation in a broad sense. Movie stars and singers have mianzi. When a students scores well on a test or is publicly praised, he or she gets mianzi. By contrast, lian has the capacity to carry moral connotations, having reference to a person’s character. While not everyone has mianzi (as in fame), people are born with lian (in the sense of human worth).

Lian is a type of mianzi; yet, mianzi is not necessarily lian. So, one could use the terms interchangeably; however, if someone specifically wanted to talk about character (i.e. “moral” face), one would use lian rather than mianzi.

“Face” is a Moral Issue

In conversation, I will make this distinction (for purposes I’ll make clear in a second). I routinely hear one of two objections. First, someone might say, “Mianzi and lian mean the same thing.” Or, second, I’ll hear, “But mianzi has a negative connotation in China. So, why do you talk about God and Christians getting lian?” It usually takes a few minutes to answer these questions, but 9 times out of 10, the person I’m speaking with will get the point and set aside their objection.

How do we answer these questions?

(1) To begin, I simply try to be clear about what I’m actually claiming. So, I state my comments above about mianzi and lian having overlap yet lian having the ability to carry moral overtones.

(2) Then, I pose questions that give evidence of this claim.

For example, every Chinese person knows the answer to the question, “Do you want lian?” (你要脸吗?). The answer is simply “Yes. Of course.” If one person were to say about another person, “He does not want lian”, that would be an insult. The speaker effectively would be saying that this person does not care about being a good person, having good character. 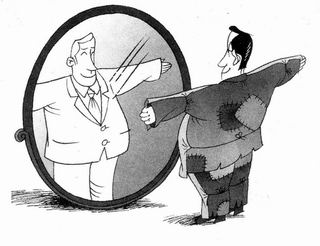 Therefore, if it were actually true that lian and mianzi were indistinguishable and that they had a negative meaning, then saying “He doesn’t want lian” wouldn’t be an insult. In fact, it would be very appropriate to say, “I don’t want lian.”

We could go about this from another direction. While mianzi quite often conveys a negative idea (e.g. being proud), everyone recognizes that giving mianzi is fundamentally a moral obligation within one’s relationships.

Thus, if a child were unwilling to give mianzi to his parents, then everyone would regard that child as disrespectful and unloving. In order to establish and maintain the most basic of social relationships, people must give mianzi (e.g. respect, praise, complements, etc.).

In addition, a number of idiom and set phrases use lian in a way that carries moral overtones. For instance, 撕破脸皮 (sī pò liǎn pí) means “to give no consideration for other people’s feelings.”

Conceptually, many other expressions demonstrate that Chinese clearly see things like face, shame, and honor in moral terms. Thus, if someone “does not have a sense of shame” (bu zhi lian chi, 不知廉耻), he or she is considered an immoral person or someone who lacks moral sensibilities. You can find many more expressions that are helpful in making the connection between honor/shame/face and morality or virtue.

After a little thought, Chinese grasp the point. Whether they are conscious of it or not, they intuitively distinguish mianzi and lian in one manner or another.

** In the next post, I’ll mention a few practical suggestions about how and why to use the mianzi/lian distinction in conversation.

September 9, 2014
Honor and Shame across Generations in China
Next Post

September 17, 2014 Theological Education in Honor-Shame Cultures
Recent Comments
0 | Leave a Comment
"There is also the message that everyone should be excommunicated that doesnt agree with my ..."
Raymond SubChristian Caricatures of Wokeness
"6. Stop holding missionaries hostage with dysfunctional piety.This means a moratorium on avoiding responsibility by ..."
大鼻子老外 A Plea to Mission Agencies
"Political Visions and Illusions: A Survey and Christian Critique of Contemporary Ideologies is very poor ..."
Roger McKinney My Christianity Today article on the ..."
"I think you’re conflating too many things. God governed all nations just as he did ..."
Roger McKinney My Christianity Today article on the ..."
Browse Our Archives
get the latest from
Jackson Wu
Sign up for our newsletter
POPULAR AT PATHEOS Evangelical
1

The Signs of Wilmore, Kentucky: A...
Anxious Bench
Books by This Author Books by Jackson Wu

Evangelical
The Stigma and Shame of COVID-19 around the...
Jackson Wu