Are We Talking Past Each Other? (re: Honor and Shame)

Are We Talking Past Each Other? (re: Honor and Shame) December 3, 2014 Jackson Wu

Have you ever talked about honor & shame with someone but felt like you and the other person were talking past each other? How can we fix that problem?

Well, let’s be realistic. If someone is really unfamiliar with how honor & shame work, there are no shortcuts on the way to understanding. The challenge is compounded if people have deeply ingrained preconceptions that are mere half-truths.

I especially have Westerners in mind. Why is it important to talk about honor/shame with westerners?

Put simply, Western missionaries and theologians still hold tremendous influence over the direction of the global church. Naturally, if a Westerner doesn’t feel the topic relevant for his or her own life, it will be more difficult to stress and apply HS in their ministry.

What can we do then?

In the next few posts, I will offer a few simple ways to engage people in conversation. I’m not going to offer a thorough defense of the importance of honor-shame in Scripture and world cultures. I’ve done that in many other places (like Saving God’s Face).

First of all, we need to be aware of the most common misunderstanding people have about honor and shame.

The difficulty here is that most people do have a correct yet partial understanding of honor and/or shame. We often have the bad habit of oversimplifying rich concepts.

Many people associate “honor” with knighthood and think of it as a relic of the Middle Ages. Ideally, this sort of honor reflects a person’s virtue. In actual fact, of course, many would settle for a good reputation by one means of another.

In my experience, this is the most common perspective people have of shame. It is a psychological feeling of unworthiness. Abuse and personal failures are a couple of reasons a person would feel shame. Undoubtedly, this sort of shame is a problem. It is a consequence of sin (whether one’s one or someone else’s). It can become an obstacle to one’s having faith.

However, this is just one dimension of shame. As I’ve argued before, shame as an objective aspect as well. (For more, click here and also here).

Some people regard honor-shame as an “Eastern” concept, in contrast to Western notions “law.” Therefore, Westerners do not see the relevance of honor and shame in their lives. Little do many realize that honor/shame are universal human concepts.

Other people cannot separate honor/shame from “honor killings.” “Honor” becomes a code word for pride and is seen in purely negative terms. In an East Asian context, many missionaries similarly frown upon the idea of “saving face.”

This point has overlap with prior conceptions of honor/shame. However, here I want to emphasize a very typical way that people verbally talk about honor/shame and so minimize its importance. Someone routinely says to me, “Shame is subjective, but law is objective.” The person then proceeds to explain why “law” (in his or her view) is more important or “biblical.”

Why have I begun a series with a list like this? Simply put, it’s hard to explain something to people when you can’t anticipate areas where they might have misunderstandings.

My friend over at honorshame.com has written a similar post that I encourage you to look at as well. 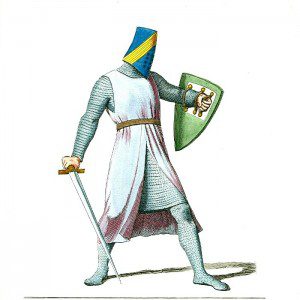 December 2, 2014
My Review of "Grassroots Asian Theology"
Next Post

Should Christians Fight the Culture or...
Cranach
Books by This Author Books by Jackson Wu