Scoring the Shame of Chinese Citizens

It appears that the Chinese government will begin a new age of persecution. According to an article from the ACLU (and others), Chinese citizens in effect will be given a score that measures their honor or shame. Others have given good reasons to question whether the report is entirely accurate.

I suspect that something like this may be in the works, even if it’s not as extreme as some reports suggest. For now, I think the report serves as a helpful warning and thought experiment. What if the Chinese government does implement this sort of scoring system? In this post, I want to explore the implications.

Here is an excerpt from backtojerusalem.org (who also summarized the report)

China’s Communist government has been secretly working on a plan to assign everyone in the country “citizenship scores.” . . .

In this new system, everyone is measured by a score ranging from 350 to 950, and that score is linked to a national ID card. In addition to measuring your financial credit, the score will also measure your political compliance. Expressing your faith in Jesus Christ for instance, or merely having friends who are Christians, will hurt your score and make it lower. The lower your score, the fewer privileges you will be given by the government.

All of the scores would be made public. This would allow people to see if any of their friends have a low social score that is bringing their score down. If so, then they could simply disassociate with them to improve their score. The social benefit of having a higher score would allow a citizen to easily access jobs, travel documents, bank loans, business license, etc. The punishment for having a friend with a low score, like those who believe in Jesus, would be numerous.

These comments illustrate a point explained in Saving God’s Face; namely, a person’s “face” (in an honor-shame culture) essentially is his or her “social currency.” “Face” makes social transactions and influence possible.

In this system (to be unveiled soon), a person’s “face” would actually be measured and given a number. This situation demonstrates the fact that a person’s honor or shame is always relative to some public standard. In that sense, one’s “face” has an objective component. In this case, the Chinese government plans to use “political compliance” as a measuring stick.

What this would mean for the church

The church will have to make a decision to truly be the church.

Keep in mind––”face” and collective identity are inextricably linked. On the one hand, one’s group identity depends on one’s “face” (both the nature and the amount of his or her face). On the other hand, a person’s group will largely determine what kind of “face” one has.

Believers will functionally become “faction-less” (to borrow a term from the Divergent series).

Non-Christians will be more inclined to pull away from relationships with Christians. The entire system will expose those who have a superficial faith, those who are too afraid to relate openly with God’s people because they are afraid of receiving a low rating from the government.

In other words, people will be forced to “pick a team.” They identify either with God’s family or with the world. This process may prove to be very constructive. How so? It will push believers to depend on one another more, especially as non-believers pull further away. To some degree, loyalty will be measurable.

Persecution itself is never welcomed; yet, it can become a purging process whereby the church is made stronger. This situation will require missionaries and church leaders to take more serious the issue of “face” among other issues related to honor and shame.

I would really like to hear your thoughts. Please leave your comments. We need to dialogue about implications of this coming policy and the church’s potential responses. 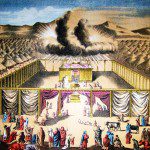