Responding to “White Privilege” in Missions

How do we practically respond to “white privilege”?

We first considered how to talk about the issue and then how we should understand the “white privilege” from a Christian perspective. I suggested we need to focus on how to use one’s privileges (whatever they might be) in order to help others enjoy the same opportunities.

No single solution will achieve this goal since prejudice and privilege manifest in multiple ways at different times. In this post, I simply offer suggestions for a few situations in which white missionaries find themselves. My hope is that people would think of other ideas that apply their individual contexts.

A few mistaken responses to white privilege include:

Using prejudice to fight prejudice is always a bad solution. Just as whites might be unaware of their privileges (where they exist), so also many non-whites do not realize how much they unfairly blame whites for things outside of their control or intention. Perception is not always reality.

Over-correction comes in many forms and, by definition, is destructive. In the theological sphere, examples of over-correction include C.S. Song and TSPM theologians, who seem to care more about producing non-Western theologies than they are biblical theologies.

Within mission organization, leadership selection is a key area to think about. Organizations are tempted to pick non-whites for leadership positions on the basis on little more than the fact they are not white. This is just as mistaken as it would be to choose someone because they are white. Regardless of background, we need people who have a critical view of their own and other cultures.

Unity only comes as people who can learn from and work well with people from different backgrounds.

What kind of experience does someone have? How narrow is their denominational or cultural exposure? Aside from culture, how do they handle Scripture? Do they have sufficient training to see beyond their own church and cultural background?

A key reason to emphasize contextualization, particularly interpretation, is to overcome subtle prejudice and the presumption that foreigners (of any type) have a privileged ability to explain the Bible.

Many Asians mistakenly assume the Bible is a Western book and thus Christianity is a Western religion. Their reverence for tradition further reinforces a certain degree of passivity when it comes to biblical interpretation. Theological conclusions are accepted as fact simply because foreigners say that some teaching is orthodox (and thus mask legitimate debates and variant interpretations).

Unhealthy expressions of white privilege can be mitigated as Westerners strengthen their understanding of local cultures and, at the same time, equip non-Westerners to interpret (not merely know theology). On the flip side, a way to take advantage of privilege would be to use the opportunity to teach people exegetical skills such that they have confidence even to disagree with your own readings of Scripture.

Our goal should always be to teach people so that they are able to expose our own errors.

Because many Asian assume white missionaries are correct in their teaching (since “all Westerners are Christians,” so it’s thought), one can actually use the opportunity to challenge conventional views simply for the sake of helping Asians know that “Western” does not equal “correct.”

We should recognize the phrase “white privilege” is relative. If we only speak about numbers, the number of missionaries from predominately non-white countries is rapidly growing. See the graph below for statistics. The full report is here.

With that said, more can and should be done. How can we send more more non-whites in the mission field (particularly in countries with large white populations)?

The broader issue of numerical disparity will only be solved by increasing the number of people who have the vision, support and training to cross-cultures as missionaries.

We should give thanks for a number of privileges that create open doors for the gospel. (We of course want others to have the same opportunities.) Some of the privileges include:

* Asians often associate “white” (people) with wealth and business, which opens doors in certain segments of society that need the gospel.

* Schools unfortunately tend to prefer white faces when hiring English teachers. Though the distinction is grievous, we can at least be thankful that such opportunities exist for Christians to influence students for Christ.

* Many local church leaders get “face” by bringing in a white person to preach and teach. However, white missionaries rarely enjoy the same assurance of security that an Asian face enjoys. Whites draw too much attention. So, white missionaries can seize on this excellent lack of privilege as further reason to train nationals. Too often, national workers are reluctant to do what a missionary can do. Well, they are more willing to adapt with security is the concern.

I read a mission minded blogger who addresses “Western privilege” in missions.

“Western missionaries have access to resources which non-western nations simply don’t have yet. Western Christianity is also older and more experienced. Of course westerners will come as teachers. That does not mean they don’t respect the native culture, are unwilling to learn, or are unwilling to empower local people.”

I would add a point of application. Those with privileges (whether from skin color, education, etc.) should seek to identify how those privileges can be used to strengthen the body of Christ and further the spread of the gospel. That is the bottom line.

As God’s people spend more time building up rather than blaming, we will not merely see greater parity in privileges; we will be more faithful and fruitful. 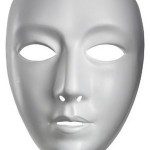