Honor and Shame are Objective (Not Merely Subjective)

Many Christians think honor and shame are simply subjective categories. The Bible disagrees.

Scripture uses the concepts of honor-shame to convey objective realities.

Unfortunately, this observation often gets overlooked. In recent weeks and months, I’ve seen this time and time again. I regularly receive push-back from people who think shame and honor are nothing more than psychological and anthropological terms.

If you care about what the Bible says, I urge you to set aside that assumption for a moment and consider a few passages that challenge conventional thinking.

“For Jesus has been counted worthy of more glory than Moses––as much more glory as the builder of a house has more honor than the house itself.”

Note two observations. First, the writer says that a house (not a person) has honor. Second, the verse treats glory (doxēs) and honor (timēn) as functionally synonymous terms.

Jesus’ use of honor-glory is illustrative. In John 17:22, Jesus prays to the Father,

“The glory that you have given me I have given to them, that they may be one even as we are one.”

“Jesus answered, ‘I do not have a demon, but I honor my Father, and you dishonor [atimazete] me. Yet I do not seek my own glory [doxan]; there is One who seeks it, and he is the judge.’”

Again, glory is treated as an objective reality, not a subjective feeling. Also, via contrast, (dis)honor is correlated with glory. (I point this out because some people try to forge a sharp wedge between “honor” and “glory” despite biblical evidence to the contrary.)

“You will have your fill of shame instead of glory…Drink yourself, and show your uncircumcision! The cup in the LORD’s right hand will come around to you, and utter shame will come upon your glory.”

First, the passage treats shame and glory as objective realities that can be gained and taken away. Second, note that the writer contrasts shame and glory (and I doubt many people will say glory, which God possesses, is a mere psychological feeling in God’s mind).

Why are Honor and Shame Objective?

One’s honor or shame is objective in two respects.

1. A person or thing’s honor and shame describe his/her/its worth or some characteristic.

“By faith Moses, when he was grown up, refused to be called the son of Pharaoh’s daughter, choosing rather to be mistreated with the people of God than to enjoy the fleeting pleasures of sin. He considered the reproach of Christ greater wealth than the treasures of Egypt, for he was looking to the reward.”

Moses’ disgrace or lack of honor is described in terms of “wealth” [plouton], something that has value in itself. It is more than a mere feeling.

To think of it another way, something is considered “shameful” if it is worthy of shame, censure, rebuke, etc. From this perspective, shame can be objectified in the same way Peter objectifies the emotion of fear in 1 Peter 3:6. He writes,

The latter phrase speaks of something (object, person, situation) that is regarded as being worthy of fear.

2. A person’s reputation or social “worth” is assessed by others (or even another person).

Honor and shame like guilt are relative to some standard or measure existing outside an individual. For instance, relative to some law, I may be objectively guilty of an offense regardless of whether I have guilt feelings.

In the same way, God’s people would agree that those who have Spiritual fruit (i.e. love, joy, peace, patience, self-control…) enjoy an honor/glory relative to Christ. Yet, relative to the world, otherwise godly attributes like humility are deemed humiliating, shameful, or dishonorable.

In short, having honor or shame in one respect depends on an outside (objective) standard rather than an individual’s psychological (subjective) feeling.

Are We Ashamed of Honor?

What do we do with these observations?

I suggest that people humbly do some self-reflection to consider whether they have overlooked the significant role of honor and shame within the Bible. Might cultural or denominational biases create this blindspot?

To assist you, check out my article “Why the Church Has Lost Face” (in the Jan 2015 issue of Mission Frontiers).

Do some further reading on the subject. A number of resources have come out recently that appeal to different audiences; some are introductory, some go deeper into theological debates. On my blog, various posts and resources can help.

Also, here are a few books to start with:

Don’t let the word “Chinese” deceive you. Only one chapter speaks exclusively to a Chinese context. Most of the book develops a theology of salvation for (any) honor-shame context. While not a light read, it is overtly theological and exegetical for those who want to see interaction with the broader theological community.

The next two books are written for a more general audience and so introduce a variety of concepts. They purposefully do not engage in rigorous exegesis and theological debate.

Intentionally read Scripture with an eye for honor-shame related issues. Don’t forget that you may need to reframe how you think about certain topics, like God’s glory.

For instance, John Piper like Jonathan Edwards has rightly proclaimed that God is most passionate about His own glory. Amen. Yet, we could just as well borrow a Chinese expression and say that God is passionately seeking His own “face.” 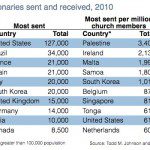 November 30, 2016
Responding to “White Privilege” in Missions
Next Post 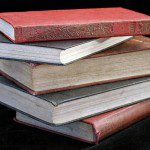