Recovering an Asian Perspective of Grace

A recent post at The Gospel Coalition tried to explain why many Asians struggle to accept grace. However, it seems the writer’s explanation is a half-truth. Consequently, I think readers could misunderstand the deeper dynamics at play.

“A gift given means a gift must be repaid. That’s what my Chinese culture taught me.… Many Asian-American Christians operate under the assumption that God’s gift toward them must be reciprocated, so as to not be trapped in God’s debt. Unfortunately, in the circles of Asian-American Christianity I grew up in, laboring under the law of reciprocity toward God ended up nullifying his grace instead of helping people embrace it.”

Yong intends to dissuade us that Asian notions of reciprocity apply to us as recipients of God’s grace. However, it is precisely at this point that we should embrace the insight of Asian culture.

Yong, like others, seems to reject East Asian reciprocity based on a faulty view of grace that stems from Western Christianity, not the Bible. In other words, Yong’s comments reflect Western and not necessarily Eastern or biblical thinking.

Ben Shin and Sheryl Silzer, Asian-American professors at Biola, previously had a similar misunderstanding of grace. In Tapestry of Grace: Untangling the Cultural Complexities of Asian-American Life and Ministry, they explain that they

“used to think that Asian culture was completely devoid of grace. But now [we] realize that it was just a different type of grace, not the Western kind that [we were] used to knowing as an evangelical, Western Christian” (59). 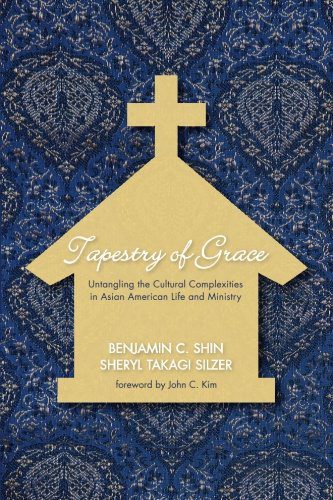 They distinguish “Western grace” from “Bilateral Global Grace,” which is far more common historically and globally.

“Western grace” is free in the sense that God does not expect us to respond with reciprocity.  Thus, one should not feel indebted to God. On the other hand, “Bilateral Global Grace” says exactly the opposite: God’s grace makes us have an infinite debt to God. The only proper response is reciprocity. I’m certain most readers will think the latter is blatantly false, but that is because people misunderstand the logic of grace.

John Barclay’s recent study Paul and the Gift is so helpful and clear on this point. He contrasts how grace in the ancient biblical world with a Western “one-way” view of grace.

“What distinguishes the sphere of gift [from payment] is not that it is “unilateral,” but that it expresses a social bond, a mutual recognition of the value of the person. It is filled with sentiment because it invites a personal, enduring, and reciprocal relationship––an ethos very often signaled by the use of the term charis. [By contrast,] the one-way gift establishes no relation, creates a permanent a potentially humiliating dependency, and frees the recipient of all responsibility.” (31, 75)

In short, grace biblically speaking is a natural way of establishing and perpetuating relationships!

Barclay traces how the Western church has veered away from ancient perspectives of “grace” in Paul and the Gift (79–188). Generally, Westerners separate grace and reciprocity such that grace is “non-circular”, i.e. expecting nothing in return from the recipient. But Barclay points out, “This is not a common conception of perfect gifts in antiquity…it was rare to find the gift perfected as a “one-way, unilateral donation” (74)

Yong’s own comments reflect how Western Christianity has misunderstood reciprocity. He says,

“A gift by God’s definition is free, and his gift of salvation comes by grace. Acts of service don’t earn us God’s gift of salvation, nor do they keep us in God’s good favor. If they did, his grace would be our wage (Rom. 4:4)—which would evacuate the very meaning of grace.”

By introducing words like “earn” and “wage,” Yong inverts the order. Grace is given first, thus creating a debt. For a person to reciprocate with worshipful obedience is anything but earning a wage. One cannot earn something that has already been given as a gift. Yong would only be correct if God inverted the order…we first obey, then God grants us relationship with him.

God take the initiative in giving grace “without regard for the worth of the recipient” (71–72).

We are Debtors (Praise God!)

Yong does not realize he too uses debt language.

“Given this flood of grace, the appropriate response is to offer our whole lives as living sacrifices to our kind Father (Rom. 12:1). The focus isn’t repaying God, but giving him what he’s due from a posture of joy rather than indebtedness (Matt. 13:44).”

“Giving God what he’s due” is quintessential debt language! He and others seem to misunderstand (1) the nature of a Christian’s debt and (2) the meaning of “repay.”

Yong writes, “Because his glory is our aim, lifeless and perfunctory obligation is unacceptable. Obligation for the sake of itself is unacceptable; it leaves man seeking his own honor instead of God’s.”

First, his implicit assumption is that “obligations” (i.e. debts) are cold and non-relational. This is far from a biblical way of thinking. In Romans, for example, Paul says,

“Owe [“Be indebted to”, ὀφείλω] no one anything, except to love each other, for the one who loves another has fulfilled the law” (13:8).

Paul urges the church to be unified in Rom 14. In so doing, he says,

“We who are strong have an obligation [“are indebted”, ὀφείλω] to bear with the failings of the weak, and not to please ourselves.” (15:1)

Then, when discussing the Gentiles’ gift to the poor in Jerusalem, Paul adds,

“For they were pleased to do it, and indeed they owe [ὀφειλέτης] it to them. For if the Gentiles have come to share in their spiritual blessings, they ought [ὀφείλω] also to be of service to them in material blessings.”

Paul explicitly and repeatedly appeals to people’s debt as a reason for them to serve others in love. Debt or “obligation” is an inherent part of every close relationship. I explain this further in a previous post.

What is the meaning of “repay”? This seems to be Yong’s fundamental misunderstanding. He says,

“If you want to honor his grace in Christ, see how he has undertaken your infinite debt. No payment needs to be made.”

We do not “repay” God in the sense we can get out from under our obligation to him. We will forever be in his debt (praise God!). That however does not nullify the reciprocal nature of grace. To respond in a reciprocal manner (i.e. according to our obligation) is simply to honor God as the Sovereign Giver!

Imagine the audacity of ignoring His grace. If we truly take “Western grace” seriously, then people are not obligated respond to God in obedient worship.

In fact, one might even say we ought not respond in worship or obedience since the response itself would effectively imply it isn’t “free.” Of course, such thinking is ludicrous.

We need to learn from Asian reciprocity. There is no doubt that some people might try to use gifts to manipulate or cajole people to do what (s)he wants. However, that does not undermine the fundamental way that gifts are intended to work.

Loving people entails many “oughts.” To disregard reciprocity is to destroy a basic part of relationships. If you want to avoid “debt,” you must avoid relationships.
Save 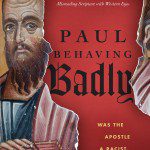 January 4, 2017 Behave Badly Like Paul
Recent Comments
0 | Leave a Comment
"I see little use for shame in the life of a mentally healthy person, or ..."
Duncan Edward Pile Shame is a Unique Solution to ..."
"I'm sorry that you were suddenly and surprisingly dismissed from your previous position as a ..."
Salvatore Anthony Luiso I was laid off, but not ..."
"as a GTN guy, I look forward to spending time with you. Have read & ..."
Craig Weaver I was laid off, but not ..."
"Agreed. What if the early church would have in some ways fit the bounded church ..."
Brent Porter Shame and Status in Centered Set ..."
Browse Our Archives
Related posts from Jackson Wu

Welcome to our New Editor!
I am so pleased to welcome Joey Cochran to The Anxious Bench today--not...
view all Evangelical blogs
What Are Your Thoughts?leave a comment
Copyright 2008-2021, Patheos. All rights reserved.
Close Ad