A Leading Cause of Atheism? Not Allowing Dialogue and Disagreements

A Leading Cause of Atheism? Not Allowing Dialogue and Disagreements October 3, 2018 Jackson Wu

Few people are atheists for intellectual reasons. They might find reasons to justify their (non-)belief, but people rarely become atheists because they have methodically considered all the options and evidence before concluding, “God does not exist.”

Among the various reasons why do people become atheists, here is one of the biggest: Christians do not allow disagreement and dialogue. The latest case-in-point is Michael Gungor, lead singer of former Christian music group “Gungor.”

In a recent article in Relevant magazine, Lisa Gungor explains her husband’s spiritual struggle and slide into atheism. Her comments are refreshingly candid, reflecting all too typical thoughts of others.

“Conform or you’re out”

So how does a leading Christian musician not only turn his back on Christ but on God’s existence? To understand, one must first recognize the context of the American church. In an interview, Lisa says,

We all have this perspective on who is in and who is out. For Michael and I, that began to change slowly. You have to conform and if you have doubts, you’re a dangerous person.

What kinds of questions did they have? They doubted that biblical stories like Genesis 1–3 and the flood should not be read as straightforward accounts of historical events. This view is not unique among Christian scholars. Many evangelical theologians agree that Genesis 1 does not refer to 24-hour days and that the flood covered all the “land,” not the “world.” (Both terms translate the same Hebrew word).

Questions create tension in the tribe

In the tribe we were born into, these questions weren’t really allowed. Doubt was the opposition of faith. And so [if you doubt], you’re seen as a bad person. So, I felt like I was a bad person for questioning. That made this perspective shift really difficult and painful. We ended up getting kicked out of the “Church” for some of the beliefs that we had.

The church does not allow people even to question traditional boundary lines.

Yet, the Gungors did not question the primacy of Christ or the gospel, but an interpretation of two passages that have long been disputed by believers. If public leaders are not allowed to disagree on secondary questions of interpretation, it is no wonder that lay Christians might feel they too must be uncritically rigid in order to preserve the faith.

When Christians express their doubts, the consequences can be severe, especially leaders in the church. The writer for Relevant explains,

Many Christians have dealt with the pain of being rejected on some level by their faith community for asking questions that fell outside whatever lines of inquiry their church found permissible. But for the Gungors, it was different. This wasn’t just the loss of friends or a place to be on Sunday mornings. This was their livelihood.

This dynamic happens on a routine basis whenever a pastor or ministry leader “falls.” They are cast aside with little opportunity for restoration and with little means of support.

When atheism is personal, not intellectual

Gungor’s story is a warning and reminder of what happens when we discourage genuine dialogue.

The monologue-style of interaction, which earns Christians the label “preachy”, has multiple sources. One reason seems to be fear of disagreement. Differences in opinion threaten people. The way some people deal with disagreement is creating distance, whether verbally or physically.

We should keep in mind another unhelpful factor that influences the way Christians look at doubters, “outsiders,” especially atheists. Rather than people struggling to answer questions, they can be perceived as weak or dangerous.

“I knew his struggle,” [Lisa] says. “I knew the leaders who failed him.” But it wasn’t expected. “I clearly remember looking at Michael and saying, ‘Gosh. I thought an atheist would look different than this.’”

“He didn’t become a different person,” Lisa recalls. “I think there was this idea in my head that once you don’t believe in God, now he’s gonna cheat on me and murder people. What [is he] gonna do? Have sex with everyone? And I was like, Wow, he is still a great father. He’s committed to me. His moral compass didn’t break and disintegrate.”

It’s easy to believe that a loss of faith will mean a loss of not just your defining attributes but your own humanity, but Lisa says that was not the case, and she found that hugely reassuring.

While Gungor’s move to atheism is more extreme than is typical, similar dynamics are present in various settings.

Intellectual honestly requires one to examine one’s beliefs. Doing so publicly, however, is condemned as doubt by too many.

Some people would see Gungor’s story as confirmation to resist “unorthodox teaching” at the root, whenever doubts are expressed. They will further justify their position with another claim. They will say that denials of a young-earth creation view and a global flood “logically” deny the truth of God’s word. This conclusion gives them a reason for being intolerant of doubters.

When people ask, “What if…”, we should be slow to say, “No way.” After all, they might have a genuine insight that could improve our perspective. What’s more, we ought to recognize how inconsistent we often are in how we respond to controversial topics.

We can compare debates about Genesis to disputes about Calvinism-Arminianism. Most Christians have an opinion but are willing to set it aside as a “debatable” issue. Yet, if you pause to think about it, whatever your view, the logical implications of one’s view are huge. Given the way people debate Genesis, it is a wonder, logically speaking, that any Calvinists and Arminians acknowledge the other as “Christian.” The latter debate has far more serious implications concerning the character and plan of God than does our interpretation of creation and the flood.

If we allow such room for debate in one issue, then why not others? It’s not for theological reasons. Rather, it’s cultural. Within Christian subculture, one is hardly allowed to ask questions about certain things. You seem to lack faith.

If Christians do not learn the empathy and humility to embrace doubt and dialogue about disagreement, we can accept more people to follow in Gungor into atheism. 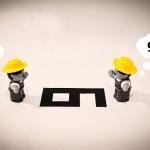 October 10, 2018 Atheists explain the short two-step walk to atheism
Recent Comments
0 | Leave a Comment
Browse Our Archives
get the latest updates from
Jackson Wu
and the Patheos
Evangelical
Channel
POPULAR AT PATHEOS Evangelical
1

Announcing...Living the King Jesus Gospel (A...
Crux Sola: Formed by Scripture to Live like Christ
Books by This Author Books by Jackson Wu