In the June issue of The Journal of the Evangelical Theological Society, Mikko Sivonen writes a thoughtful review of Reading Romans with Eastern Eyes. In the book, I interact in several places with his dissertation “The Doxa Motif in Paul: A Narrative Approach to the Vindication of the Glory of God through Christ.” I previously invited him to write a guest post introducing his work. 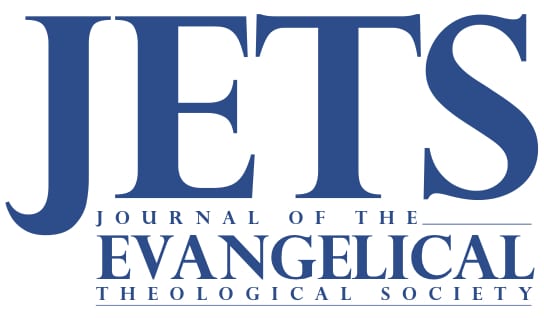 For the full review, click here. Sivonen does a good job capturing the essence of the book. In terms of his assessment, the following are a few paragraphs that jumped out to me.

Wu is not a stranger to controversy, claiming that others have misrepresented glory-shame theology. In addition, his earlier groundbreaking book on the same motif, based on his dissertation, Saving God’s Face: A Chinese Contextualization of Salvation through Honor and Shame, received criticism for overly academic language and for his polarizing views between justification and shame language.

Reading Romans with Eastern Eyes is, however, constructive in voice, generous and irenic in tone, non-provocative in its approach, and accessible to all readers. It is not meant to stir a polemic but to serve as a fresh and prophetic voice in the West about a neglected aspect of salvation: from shame to glory. The author succeeds in this purpose with distinction.

Wu’s book is a vital voice in response to an imbalanced reading that focuses solely on the legal justification aspect in Romans. He is careful not to set the justification legal language and the shame-honor motif as competitive hermeneutical keys. He does not seek to deny or minimize the doctrine of legal justification found in Romans either. Rather, his aim, which he fulfills successfully, is to elucidate the importance of the honor-shame motif.

A good review will highlight the limitations or weaknesses of a book. Every book has limitations since no book can accomplish everything. Here are Sivonen remarks:

Wu’s work is not without some weaknesses.

First, at times, he may underplay the historical Western understanding of glory-salvation. Certainly, the doctrine of union with Christ, including its emphasis on glorification (including deification) has been present in various Reformers’ writings (e.g. Luther and Calvin) and later Lutheran and Reformed readings of Paul for centuries, as recent scholarship has confirmed.

Second, focusing merely on a collective honor-shame perspective may minimize the individual’s need for legal approval before a holy God. To be sure, the author’s purpose is not to try to silence other motifs and themes (especially imputation); rather, he presents the book of Romans from one major neglected perspective.

Third, and perhaps most substantially, the scope of Wu’s book lacks linguistic exploration on glory. Should the examination include primarily a single lexeme, doxa, or comprise several lexemes that share the same semantic domain?

Also, Wu focuses on the honor aspect of glory in Romans to such a degree that he overlooks at least the possibility that it may also carry the meaning of visible manifestation and presence. Wu omits this controversial topic even though he must have been aware of it after reading Newman and Jacob.

He’s right. I simply did not have the space to delve into these various topics or to interact sufficiently with the points of debate. The book aims to be a corrective. So, it will lack balance in certain places. I really would have liked to address the latter two issues (i.e., the linguistics of glory, visible glory) in the book.

In the conclusion of his 3-page review, he says this:

No serious Pauline student or scholar can afford to miss reading this book. Indeed, all people in the West are encouraged to engage with it. Not often is a book as exegetically vigilant, theologically sound, missiologically eye-opening, and devotionally heart-warming. This book fulfills all those aspects. You will never quite read Romans, Paul, and the whole Bible with the same lens after interacting with the ideas found in Reading Romans with Eastern Eyes.

I’m appreciative for his kind words and balanced critique.

June 16, 2020
Talking about racism is American privilege
Next Post 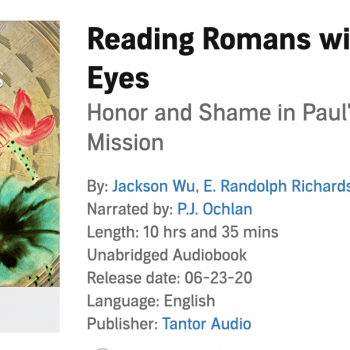 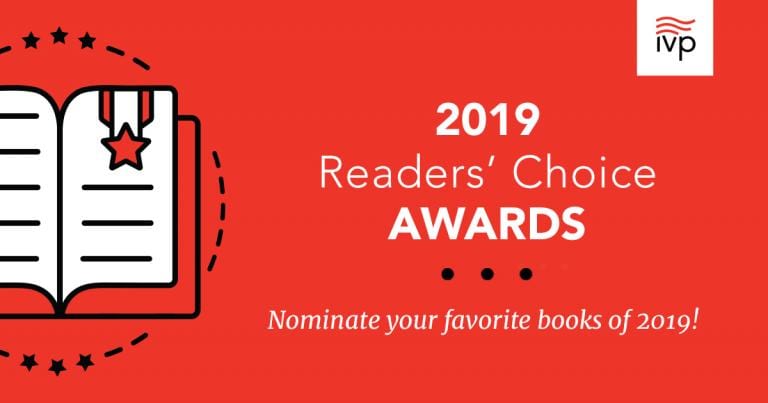