How the Cave People of Nepal were Honored into Existence

How the Cave People of Nepal were Honored into Existence June 22, 2021 Jackson Wu

This guest post is written by Jude Tenorio, Coordinator of Strategic Projects in Asia for Mission ONE. He explains how a tribe in Nepal “came into existence” simply because God brought them honor in the eyes of the government.

The Chepang people, commonly called “the Cave People,” consist of about 175 families that live in South-Central Nepal. They are a very poor tribe that exists at the bottom of the caste system in Nepal known as the Dalits or the “untouchables.” The caste system is still very much a part of the social fabric in Nepal. This makes it nearly impossible for lower caste people to rise out of their dire situations, especially during a pandemic.

The Dark Situation of the Cave People

The Chepang people have long been considered homeless and are known to have carved homes in caves in the hillside for shelter, hence the name, “Cave People.” Sickness, death, hunger, and hopelessness are no strangers to the Cave People. Still, they are resilient and are surviving, although, by no measure could they be considered thriving.

Our partner organization in Nepal assists in church planting across the country and oversees the discipleship of pastors and church planters. One church planter, in a village near the Cave People, started ministering to them around 2008. Over time, a small church was planted, and the Cave People moved from the caves, built huts and rough structures, and created a small village for themselves. They developed the village and began to trade and work with other communities nearby.

In late 2019, a flood wiped out their village, sending them back into homelessness with little means for survival and even less support from the local government and outside world. Although dangerous, they fled to a nearby jungle, looking for a chance of survival by living off the land. Soon after, COVID hit, removing just about any possible support for the Cave People. They were in a dire straight.

Being a Light in the World

A partner informed Mission ONE about their circumstances and invited us to join a project serving the Cave People. Our partner often says, “We believe in wholistic ministry. We pursue physical as well as spiritual health and development for the church and the community of which it’s a part.” Their church planting strategy is simple: Search for communities with no local church or evangelistic efforts going on.

They then spend time with the community and its leaders building relationships… always building relationships. Through these relationships, they learn the village’s needs and what approaches make the most sense for that specific context. Those needs generally fall under one or more of the following categories: health, education, agriculture, and vocational training.

Our local partner recommended we start with the immediate needs of food, shelter, and sanitary supplies. But he also wanted to work together, in concert with the local tribal leaders to devise a plan to enable the Cave People to provide for themselves long-term. Together, we came up with a three-stage process.

Stage One of the plan was to get the Cave People food and sanitary supplies. This was a challenge with the strict lockdown imposed by Nepal’s government in the early stages of COVID. However, after much prayer and coordination with the government, we delivered food in the early summer of 2020. Our partner has relationships with the government in Nepal, and he very intentionally invited them to come along just to witness the conditions of these villagers in their region and to see the efforts. 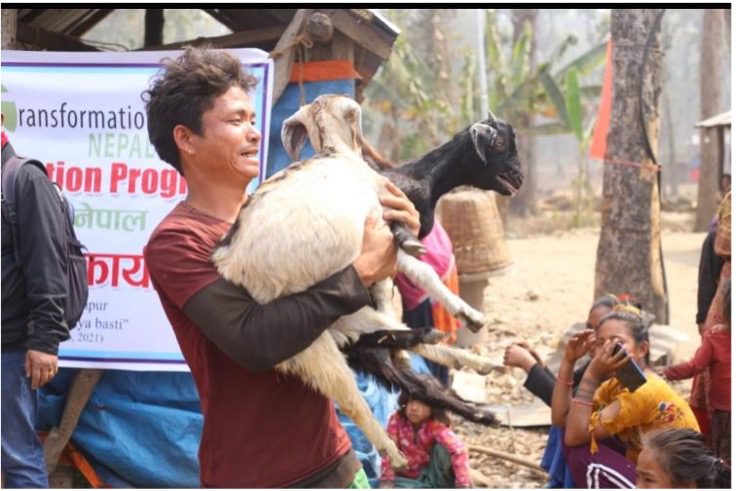 In Stage Two, we helped establish structures for the villagers to live in, as many had no shelter or lived in crudely built structures hastily made from sticks and leaves. This left them exposed to the elements as well as the dangers of the jungle. Initially, we planned to provide tarp roofing that would work to keep the rain out and the heat in. After seeing the need and the efforts being taken, the government wanted to participate in the efforts and our partner invited them to join them on the next food delivery. The government indeed decided to get involved and help with the homes!!

There was even a structure provided for the local church! Keep in mind, the Nepali government is hostile towards Christians and Christianity in general.

Stage Three proved to be a lot more involved than expected. Through many talks with our partner, who was connecting with village leaders, we started a farm where the Chepang people can raise animals, which would be sold, traded, and provide a means for food. We decided to go with goats first as they are always in demand. The meat is considered a delicacy in the area, and a few people already knew how to raise them. After consulting with the village, we created a large farm, which would essentially create an economy for the village. Each partnering family would receive two goats and take responsibility for them, but it would function as a large farm for the entire village.

Our partner is adamant about working through the local churches and their leaders. His desire and strategy are to build up their reputation and witness, not his, much less ours. He relies heavily on their input and direction as they know the people, culture, needs, etc. So, the villagers continued to see great change. They saw that help came through the local church, the “church people” as they call them. 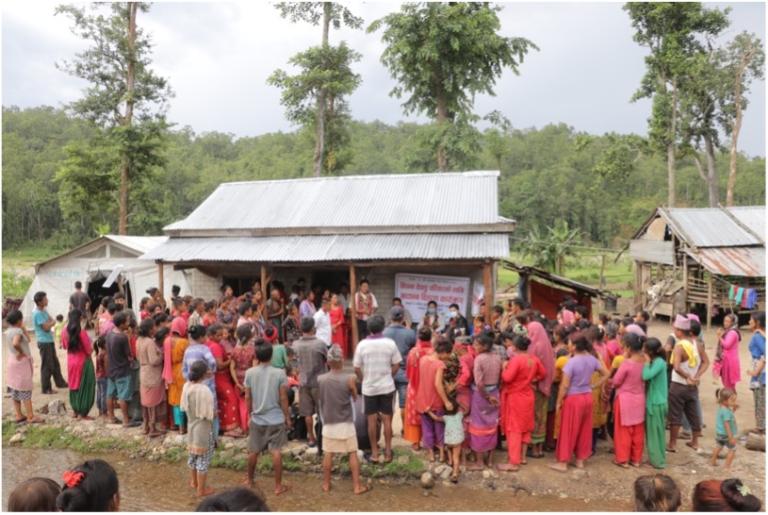 New people are coming to Christ day by day as they see the Lord work through his people. And they themselves are becoming a part of the “church people”! A second church was started on the outskirts of the village and a second pastor was also raised up to take over the existing one. Several people now belong to the larger church community, even though many do not yet follow Jesus.

In addition, our partner walks the local church through a five-step discipleship process over the course of a year, addressing effective evangelism, discipleship, leadership, women & children, and studying the Bible. After each training, church members go out into the community to implement what they’ve learned.

During phase three, the government had numerous interactions in the village. Officials continue to praise the efforts, not just to provide aid to the Chepang people, but to help provide long-term means for self-sustainability were developed with their specific context in mind. To all our surprise, the government decided to formally recognize the Chepang people as an official people group in their region.

The impact of this can’t be over-exaggerated.

The Chepang people are now a part of this region’s metrics. This means that when they measure how many people are without basic needs (i.e., schools, medical clinics, basic infrastructure), the data will include the Cave People. Therefore, the government now has a stake in the continued development of the village. The government has already stepped in to provide structures and is now in the process of building a road to the village, which in Nepal is a major milestone, a declaration that they exist.

A previously unknown and overlooked people were now honored into existence by the Nepalese government. Such honor has continued to bring life where there was death, for, on that road, 250 goats were delivered (two each for 125 families) and many have already started reproducing! 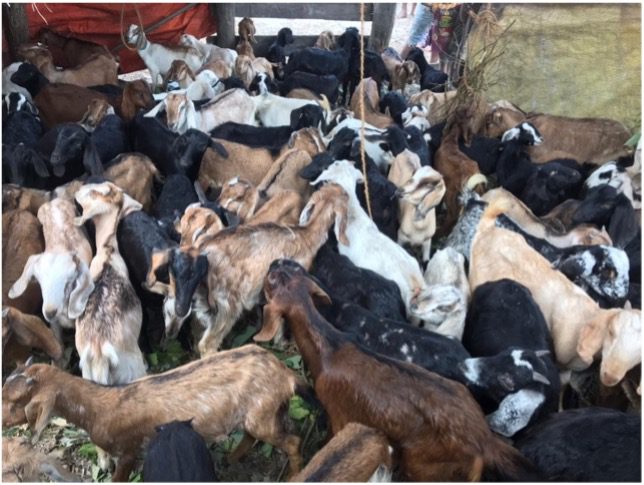 June 15, 2021
Forsaking Identity is the Logical Consequence of Individualism
Next Post