Why Does Peter Call Women Weaker?

Few verses are as controversial as 1 Peter 3:7. Some people flatly ignore it, regarding it as plainly ridiculous. Here is what Peter writes:

“You husbands in the same way, live with your wives in an understanding way, as with someone weaker, since she is a woman; and show her honor as a fellow heir of the grace of life, so that your prayers will not be hindered.” (1 Peter 3:7, NASB)

What exactly does he mean by calling women “weaker” compared to men?

Countless people argue that Peter refers to women’s physical strength. Perhaps, some seemingly suggest they are not a tough as men (i.e., they are more “delicate” to use an old English expression). Whatever the case, this verse has often been used as yet another reason to subtly affirm the inferiority of women to men.

Such a reading is bunk.

Peter Achtemeier offers a more nuanced view (though it needs improvement). He writes,

“While in Hellenistic culture such weakness was taken as a description of a woman’s nature, moral and intellectual as well as physical, the point here is not to highlight women’s spiritual or moral weakness—3:1–2 counters such an idea—but rather their physical frailty.

In keeping with Christian tradition, that meant that they must be given the special consideration accorded those of lesser social and physical capacity, since they too are precious in God’s eyes. They too must also be apportioned honor (ἀπονέμοντες τιμήν) despite the lower value in which they are held in non-Christian society.”[1]

Largely, Achtemeier presents a conventional argument. One phrase, however, opens the door to a more fruitful reading, in my opinion. The key phrase is “lesser social… capacity.”

The Meaning of “Weak”

The Greek word ἀσθενής means “weak.” Nothing profound about that. Yet, that word, along with its English correlate, has various nuances. The following is a sample of verses that  use ἀσθενής:

“Also the people from the cities in the vicinity of Jerusalem were coming together, bringing people who were sick [ἀσθενής]or afflicted with unclean spirits, and they were all being healed.” (Acts 5:16)

“For while we were still helpless [ἀσθενής], at the right time Christ died for the ungodly.” (Rom 5:6)

“For they say, “His letters are weighty and strong, but his personal presence is unimpressive [ἀσθενής] and his speech contemptible.” (2 Cor 10:10)

What I find most enlightening is how the Greek Old Testament (LXX) uses it. According to several texts, ἀσθενής describes those who are “weaker” or vulnerable with respect to their lower social status.

“The one who closes the ear to not hear the weak [ἀσθενής] will also call out, and there will be no one listening.” (Prov 21:13)

“Do not treat the needy with violence, because he is poor, and do not dishonor the weak [ἀσθενής] in the gates.” (Prov 22:22)

What is Peter’s point?

Peter is not concerned with women’s physical or moral ability. Rather, he speaks to the lack of social honor that women possessed in his age. Peter is not making an ontological declaration about the inherent nature of a woman in contrast to a man.

Peter recognizes that people with status or privilege––the men/husbands–– should be mindful about they treat those who lack honor in the eyes of society. No wonder he immediately follows up with this appeal: “show her honor as a fellow heir of the grace of life.” As a whole, women across history and cultures have consistently lacked the type of honor more readily accessible to men.

A similar passage in tone might be 1 Corinthians 12:22-25, where Paul speaks of the oneness of the church:

On the contrary, it is much truer that the members of the body which seem to be weaker are necessary; and those members of the body which we deem less honorable, on these we bestow more abundant honor, and our less presentable members become much more presentable, whereas our more presentable members have no need of it. But God has so composed the body, giving more abundant honor to that member which lacked, so that there may be no division in the body, but that the members may have the same care for one another.

In the same way, the husband, who is one with his wife, is to give honor to his wife, who belongs to a group routinely deemed “less honorable” by society.

Two other details could shed light on Peter’s intent and his perspective on women. Nugent suggests that the wives mentioned here are unbelievers. He says,

“when husbands, in the third subsection, are called to behave homoiōs, “in the same way,” it is most natural to assume that he is addressing husbands who are married to unbelievers. Not only does it preserve the steady chain of witness to unbelievers going back to 2:11, but the fact that husbands are called to act in accordance to “knowledge,” echoing 2:15, and are also asked to “honor” their wives, echoing 2:17, establishes two strong verbal links to the introduction of this passage where witness to unbelievers is explicit.

It therefore makes the most sense to interpret the author as instructing husbands to win over their unbelieving wives by their good, honoring conduct.”[2]

Accordingly, just as wives are called to live in such a way that unbelieving husbands “may be won without a word by the behavior of their wives” (3:1), so also husbands should love their wives by honoring them in ways that are unexpected by the larger culture.

(This reading depends a lot on how one interprets “fellow heir of the grace of life.” While many commentators think this unambiguously indicates that the wives are believers, alternative interpretations are plausible.)

Finally, when analyzing 1 Peter, one more word deserves attention, especially since it’s translated out of several translations. The word is σκεύει (“vessel”). In the NASB above, the phrase “as with someone weaker,” in Greek, more literally says “as a weaker vessel.”

In two passages, moreover, a distinction is made between ordinary and special vessels. The Greek terms for special and ordinary in these passages are timēn and atimian, or “honor” and “dishonor.” Paul says in Rom 9:21, “Has the potter no right over the clay, to make out of the same lump one object [skeuos] for special use [timēn] and another for ordinary use [atimian]?” This passage and 2 Tim 2:20 testify that honor is something ascribed to vessels, which provides interesting context for interpreting our contested passage.

Neither the translations nor the commentaries seriously consider that the “weaker vessel” of 3:7 might simply be a fragile piece of pottery that warrants special care, like a family heirloom. If such is the case, this verse could be saying that Christian husbands ought to treat their unbelieving wives with special care. Rather than lord their religion over them, they ought to woo their wives into the faith by according special dignity to them. This would be analogous to how Christian wives win over their unbelieving husbands and how Christian slaves relate to their unbelieving masters.

In short, the husband should honor or esteem his wife as someone invaluably precious. If there were ever a text that spoke to the honor and shame dynamics surrounding women, 1 Peter 3:7 would certainly be a lead candidate.

People sometimes accuse the Bible of being misogynistic. For some, this verse is seen as evidence of that claim. Hopefully, this post shows how one way in which the Scripture takes us in the opposite direction. Women should be honored despite the shameful treatment they have often endured by men in their society.

For other posts related to the church’s view of women, see the following.

June 22, 2021
How the Cave People of Nepal were Honored into Existence
Next Post 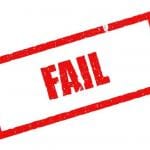