The Genesis of Masculinity and Femininity

The Genesis of Masculinity and Femininity October 5, 2021 Jackson Wu

Does the Bible clearly present a distinct, normative vision of masculinity and femininity, one that transcends every culture and age? That question has motivated this series and proved more challenging than many people suspect.

I also defined toxic masculinity and femininity and suggested that Genesis 1-2 should realign our discipleship goals. In this post, we turn to biblical texts that people often use when addressing these issues.

Gender in the Image of God

Before moving to Genesis 2, let’s take time to make preliminary observations from Genesis 1:26-28

26 Then God said, “Let us make humankind in our image, according to our likeness; and let them have dominion over the fish of the sea, and over the birds of the air, and over the cattle, and over all the wild animals of the earth, and over every creeping thing that creeps upon the earth.”

28 God blessed them, and God said to them, “Be fruitful and multiply, and fill the earth and subdue it; and have dominion over the fish of the sea and over the birds of the air and over every living thing that moves upon the earth.”

First, as various scholars have highlighted, the “image of God” is a collective concept, describing humanity. Individuals are made in the image of God by virtue of the fact that they belong to the collective. The significance of this thinking will become clearer shortly.

Second, being made “in the image of God” entails a mission, a vocational and calling (1:26, 28). Verbs like “have dominion,” sometimes translated as “rule” (over), are applied to both male and female.

Third, the concept in Gen 1:27 entails two genders… maleness and femaleness. Within the “image of God,” God creates two kinds of interdependent genders. Verse 27 indicates plurality within a singularity. And this brings us to a critical point:

If “God’s image” fundamentally distinguishes us, then gender does not.

Male and female are complementary, having different roles but equal importance.

Is femininity about helping?

Because the woman in Genesis 2:18 is called a “helper” (ezer, עֵזֶר), some people infer that God designed or calls women to be subordinate in a unique way not expected of men. For example, Wayne Grudem says,

“Adam was created first, was put in the garden and giving commands by God, and Eve was created as a helper for Adam; in that sequence of events God gave Adam a leadership role.” (Evangelical Feminism and Biblical Truth, 68)

Let’s immediately set aside such thinking with a simple observation. The Bible uses this exact same word (ezer) to describe God:

for he said, “The God of my father was my help(ezer), and delivered me from the sword of Pharaoh” (Exodus 18:4)

Clearly, subordination is in no way inherent to the meaning of ezer. Actually, if anything, the fact that the man needed an ezer speaks to his insufficiency. The verbiage should evoke humility in the man’s position.

Some translations of Genesis 2:18 almost seem to portray Eve as though she were a housekeeper who won the job since she better suited Adam’s busy schedule.

Translators struggle to convey the sense of נֶגֶד (ngd), typically indicates “corresponding” (cf. Genesis 21:16; Ezek 40:23). It can also signify something’s position, i.e., “opposite/across.” The text does not depict the woman as a mere tool.

Thus, the idea communicated is this: men and women have a mutually complementary relationship. This point is reinforced by the imagery used next in the passage.

“So the Lord God caused a deep sleep to fall upon the man, and while he slept took one of his ribs and closed up its place with flesh. And the rib that the Lord God had taken from the man he made into a woman and brought her to the man. Then the man said, “This at last is bone of my bones and flesh of my flesh; she shall be called Woman, because she was taken out of Man.” Therefore a man shall leave his father and his mother and hold fast to his wife, and they shall become one flesh.”

First, the original word for “rib” [tsela, צֵלָע; πλευρά (LXX)] simply does not mean rib, nor has it ever according to the ancient Hebrew literature that still exists. Why then the long-standing use of “rib”?

The explanation is not difficult to understanding. Elsewhere, the common word was related to construction. It indicates the side of a thing. Here are just a few examples.

“So David and his men went on the road, while Shimei went along on the hillside opposite him and cursed as he went and threw stones at him and flung dust.” (2 Sam 16:13)

Let’s combined this point with the above comments about 2:18 (concerning נֶגֶד, ngd), meaning “corresponding”). Put together, the woman is man’s complementary counterpart.

But doesn’t the Bible say that God used Adam’s rib? Not exactly…. at least not according to the Hebrew text. Keep reading…

A full explanation is important though it can get technical. Still, I can simplify the main ideas. If you want more, there’s plenty of scholarships for you to do deep dive into.

“And the rib side that the Lord God had taken from the man he made [bnh] into a woman and brought her to the man.” (NRSV) 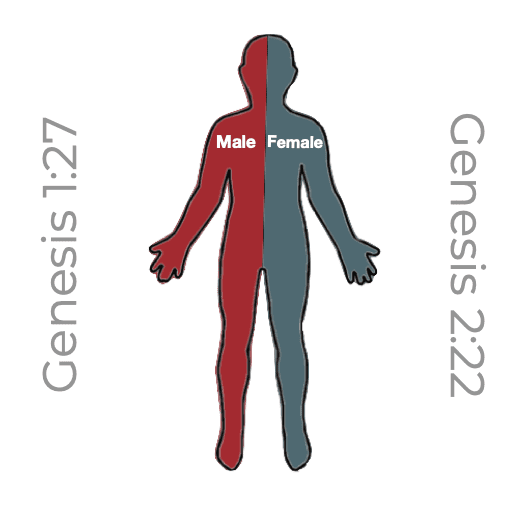 In other words, the rib “side” is the result, the thing God builds. It is not the material used to build something else.

Furthermore, in verse 22, tsela [“side”] and “woman” have an “appositional relationship.” That means “side” and “woman” refer to the same object. The two words point to the other. For example, in America, “President” and “Biden” have an “appositional relationship.” At least until the next election, those words refer to the same person.

Verse 23–24 only supports this reading:

Then the man said, “This at last is bone of my bones and flesh of my flesh; this one shall be called Woman, for out of Man this one was taken.” Therefore a man leaves his father and his mother and clings to his wife, and they become one flesh.

Verse 24 indicates this imagery’s significance. It highlights man and woman’s unity. After all, 1:27 already equates the singular humankind with a plurality (male and female). Furthermore, the “bone and flesh” language in 2:23 talks about “kinship relationship,” not sex and not the substance God used to make people. This is rather apparent throughout Scripture (cf. Gen 29:14; Judge 9:2; 2 Sam 5:1; 2 Sam 19:12-13).

I’ll summarize a few key ideas from this post.

1) The image of God describes humanity collectively, and that collective consists of a plurality of sexes (male, female).

2) Women are not made to be subordinate helpers; rather the text explains that men and women have a mutually complementary relationship.

3) The verb and the noun (meaning side, not rib) depict a construction analogy. According, Eve is the complementary counterpart to Adam. They each are half of the “human.”

How does this relate to the previous comments about gender and toxicity?

I previously argued that our goal should be about becoming more fully human, not primarily “masculine” or “feminine” as society dictates. Nothing is necessarily wrong with common character traits associated with masculinity and femininity, yet our goal should not be to limit ourselves to being half-humans.

This is precisely why Beverly Gaventa can write a book like Our Mother Saint Paul, in which she documents how Paul uses maternal imagery to talk about his apostolic ministry, even referring to himself as a mother.

September 28, 2021
When does masculinity and femininity become toxic?
Next Post

October 12, 2021 How Honor Affects Our Response to Covid
Recent Comments
0 | Leave a Comment
Browse Our Archives
get the latest updates from
Jackson Wu
and the Patheos
Evangelical
Channel
POPULAR AT PATHEOS Evangelical
1

One out of Five Families Is...
Cranach
Books by This Author Books by Jackson Wu 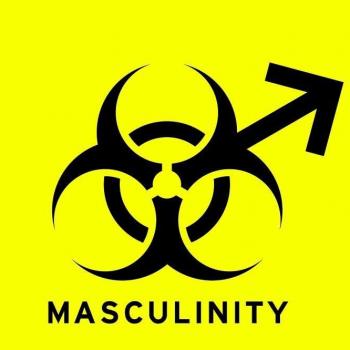