Stripping with Honor or Shame?

No, the title is not entirely clickbait. You’ll soon see why.

In 1 Samuel 18, we read about when Jonathan binds himself to David. The account follows David’s famous victory over Goliath the Philistine. Exactly what draws Jonathan to David is unclear. First Samuel 18 is utterly thin on details. Verse 1 simply states, “When David had finished speaking to Saul, the soul of Jonathan was bound to the soul of David, and Jonathan loved him as his own soul.”

Aside from that, we are left with only the temptation to speculate (which I don’t suggest). And if I were to conjecture a guess, I’d dare to presume that the author wants us to link Jonathan’s affection with the preceding account of David’s faith in fighting the Philistines. That guess is at least based on literary convention, not 21st-century psychologizing.

Back to the text…

Then Jonathan made a covenant with David, because he loved him as his own soul. Jonathan stripped himself of the robe that he was wearing, and gave it to David, and his armor, and even his sword and his bow and his belt.

And then what happens? God grants David victory after victory, increases his fame throughout Israel, and even moves Saul to grant his daughter Michal to David as a wife. Saul eventually catches on to the dynamics at play. Later, Saul is enraged against Jonathan, who defends David, and says,

You son of a perverse, rebellious woman! Do I not know that you have chosen the son of Jesse to your own shame, and to the shame of your mother’s nakedness? For as long as the son of Jesse lives upon the earth, neither you nor your kingdom shall be established. Now send and bring him to me, for he shall surely die. (20:30-31)

What is Jonathan, Saul’s royal heir up to when stripping himself of his robe, armor, and weaponry?

In effect, he symbolically abdicates his claim to the throne. He acknowledges God’s alternative plan, one that would upend the honor-shame expectations of his day (or any day for that matter!). By divesting himself of the royal garments, he willingly deprives himself of the grand status of being Israel’s (future) king. In this way, he accrues true honor from the Lord!

Turn the page and we notice an incredible detail. The author of 1 Samuel creatively juxtaposes the account above with a much darker story in chapter 19. Three times, Saul sends messengers to capture David, but the Spirit of God prevents them. Finally, Saul decides to go himself. The author then says,

As he was going, he fell into a prophetic frenzy, until he came to Naioth in Ramah. He too stripped off his clothes, and he too fell into a frenzy before Samuel. He lay naked all that day and all that night. Therefore it is said, “Is Saul also among the prophets?” (1 Sam 19.23b-24)

The contrast could hardly be more vivid. Whereas Jonathon is eagerly stripping himself of his stately vestments, Saul is stripped by God’s spirit of his attire. While the son behaves with honor, the father is put to shame.

Although Jonathon set as his “face” by trusting God and honoring David, Saul sought to get worldly “face” by forsaking God’s servant. The former ultimately is honored; the latter is disgraced.

As you read Scripture, attune yourself to the subtle ways that biblical authors convey honor and shame. Observe the creative ways they usurp expectations and call us to seek godly honor through worldly shame.

If you are interested in other reflections on how honor and shame influence Scripture, check out Seeking God’s Face: Practical Reflections on Honor and Shame in Scripture, which I introduce here. 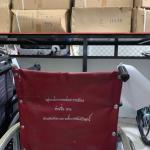 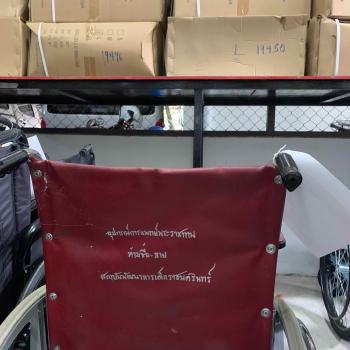