Do Girls’ Sports Even Matter? What to do with the Transgender Athlete

Rebecca Hamilton reports on the recent ruling by the Department of Education that girls’ sports teams must now admit certain boys — both to playing on the team and to the girls’ locker room.  It’s a problematic ruling on many levels, but to get our minds around the issues, we need to pull apart the different questions involved.

I know that girls like sports because I can’t think of a single female in my family that I ever met who didn’t take an interest in sports in one way or another.  My daughters and nieces all played sports.  So did my sisters and I.  My mom was a PE teacher.  My grandmothers both played sports, not just in high school but throughout their lives.  The only lady I ever chatted about sports with in my great-grandparents’ generation was my Aunt Helen, but yes: Sports.  Lots of sports stories.

2. Girls are different from boys.

I’ve played and watched single-gender and co-ed sports, and the two are different.  A group of women interact together differently than a group of men, and a mixed group takes on another feel altogether.  This isn’t good or bad, it just is.  There’s a time and a place for all three options.  Men and boys need time doing stuff with only other men and boys.  Women and girls need time spent doing stuff, including sports, just among themselves.

Co-ed teams are, in a completely different way, also important — precisely because when you put boys and girls or men and women together the dynamic changes.  It’s good to have co-ed teams not because they are just like single-gender teams, but because they are not the same.  It’s good to have that alternate experience of men and women working together.

It is therefore important that we create opportunities for girls, boys, women, and men to play on both single-gender and co-ed teams.

We say a game is sporting when all the players get a fair chance to test themselves.  The goal of sports isn’t to confine competition to only the very best players in the entire world; otherwise, we’d only ever need one stadium and a good TV camera, done.  Rather, in setting up play, we put a lot of effort into creating fair teams — which is to say, teams where players are matched for ability as best we can manage, so that the game is interesting and challenging.

There are a variety of ways we do this — by age, by size, by skill, by years of experience, by the level of the team, and sometimes by regulating the gender-composition of the team.  My daughter’s volleyball league, for example, uses a combination of birthdates and gender when composing teams — there can be boys on a girls’ team, but the boys play two years above their birthdate if they are playing co-ed.  It’s a rough corrective for the average differences in muscle mass and height among teenage boys and girls; and while a sixteen-year-old boy will be, on average, taller and stronger than an eighteen-year-old girl, the girl will presumably have an advantage in skill and experience that keeps it fair.

Sometimes the rules themselves take into account variations in skill.  My youngest daughter’s FCA volleyball team (co-ed) gives new players the chance to try again if they miss a serve, and to stand as far forward as necessary in order to get the ball over the net.  If you are more skilled than the average eight-year-old and get your ball over the net on the first try, you’re still limited in your total number of serves, so that no one player serves the whole game.

When we consider the question of gender-switching players, we need to consider how, if at all, this affects the fairness of play.

4. Sex and the Sex Drive are Linked

–> If intercourse were as interesting as knitting and no more, we’d have lots of hats, and not so many babies to wear them.  Hats don’t stay up all night crying.  Hats don’t argue with you about what’s fair.  Hats never, ever, vomit in your lap.

Chastity is that whole collection of things we do which help us respond to our sexual urges properly.  We acknowledge the intensity of our sexual drive and make behavioral changes to prevent us from acting on impulses that may be natural but are not always appropriate. Recognizing that sexual intercourse is the act that creates a new living person who will need to be cared for and educated and raised by a mother and father, we do not wantonly and recklessly seek to satisfy our impulse to procreate with the same abandon we might unleash in the yarn store when the urge comes over us to create a new hat.

Because sports are physically and emotionally intense, and because sports can bring us into physical and emotional intimacy with other players, we need to take into account what effect, if any, our relationship with our fellow players might have on our ability to appropriately direct our sexual desires.

What to do with a Gender-Switching Player?

Depending on the social environment, and regardless of the composition of the team, this difficulty could be virtually nil, or it could be notoriously overpowering.  Abuse doesn’t disprove right use: We can’t say that because in _____ situation sexual harassment or unchastity were par for the course, therefore we need not concern ourselves with a higher ideal.  On the contrary, we should always strive to create teams on which all players feel free to play their sport without fear of harassment.

Taking a purely secular perspective on the question (we’ll add in some Catholic in a moment) we can say that an appropriate sporting environment:

From a secular standpoint, the matter of transgender players potentially affects each of these concerns:

Unwanted sexual intimacy:  It is not unreasonable for athletes to wish to avoid being viewed or touched in a sexual manner.  The traditional divisions between single-gender and co-ed sports take into account the varying demands of modesty.  It is reasonable for players to question the motives of a person of the opposite sex who is requesting a level of physical and emotional intimacy typically reserved for single-gender teams.  When a team switches from being single-gender to being co-ed, this fact should be acknowledged openly and the switch be made fully.  To pretend that a team is single-gender when in fact it is not is a fiction that serves no good purpose.

The option for a single-gender playing experience: The person who authentically experiences a sense of “not belonging” to his or her own gender may understandably feel out place and in search of a sense of fitting-in.  This does not change the fact that whether one is male or female is biological fact.  A co-ed team is a place where it doesn’t matter much whether you’re a man or a woman; in a single-gender team, it often matters very much.  Fairness to the players wishing to play on a single-gender teams means respecting the boundaries of biology.

Fair play: The nature of competition dictates that teams will always seek the winning advantage. No matter was provisions are made to match up equally-skilled players, it is understood that everyone will endeavor to build up their team in a way that meets the letter of those provisions while at the same time conferring the greatest chance of winning.  Competition is like that.  When a team switches from being single-gender to co-ed, it behooves the rule makers to honestly assess what impact, if any, the change makes on the overall playing field.

There is no single answer here.  If only a very few players wish to integrate a previously single-gender team, one might choose to evaluate players on a case-by-case basis and simply assign the player to the level of play best suited to his personal talent and ability.  When there is a large scale transition from single-gender to co-ed play, the rules reasonably look at overall averages in the physical differences between men and women.  In some sports, or for some age groups, there may be no gender advantage at all.

In all cases, however, one should avoid any decision which is utterly and undeniably asinine.

Opportunity to play:  While single-gender sporting opportunities are worthwhile and important, one needs to also consider the overall good of all members of the community.  Thus in situations where there are simply not enough players to field single-gender teams, one looks for ways to create co-ed teams that are fair and enjoyable for all players.  There is a balance to be sought between the self-centered individual who feels that the world owes him a chance to do whatever his little heart pleases, and the indifferent community who finds those pesky trouble-makers need to just suck-it-up and eat dirt.  A person undergoing a gender-identity crisis does not therefore become the other gender.  The community can reasonably accommodate that player by either offering a co-ed team or by reminding players to please try out for the team with the matching biology.

Adding the Catholic to the Equation

Catholics are a famously both-and people.  Our ultimate goal is the good of the person.  In a contentious case such as this one, we can say without hesitation that the Department of Education has ruled in a way that disregards the good of all involved.  The decision to require certain boys be admitted to the girls’ locker room is a violation of the girls’ natural right to modesty and privacy.   There is another, deeper concern though.

As Catholics, we don’t require impeccability for participation in community life.  We can observe that someone is deeply confused about his sexuality, but still find a way for that person to connect with the wider community and to grow as a person, as much as reasonably possible.  This doesn’t include the right to shower with whom he will, but it does include finding a way for the athlete to play sports.  People like to play sports.  Male or female, people like to play sports, and healthy communities find ways to make that happen.

We only need to be honest: You are a young man, and you are asking us to make this girls’ team co-ed for you.  Okay, let’s talk about the implications, and find a way for you to play your sport in a way that respects everyone involved. 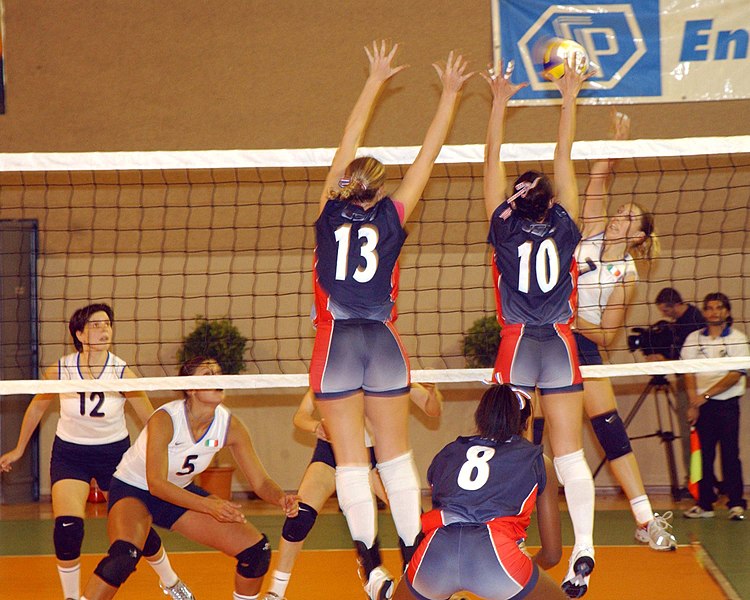 November 2, 2015
When You Want to Understand that Marriage Thing
Next Post

November 12, 2015 Return by Brandon Vogt - When Your Child Has Left the Faith, or Before
Browse Our Archives
Follow Us!

Catholic
At Least Half of American Adults are High-Risk...
Sticking the Corners

Catholic
I'm No Socialist But . . .
Sticking the Corners
TRENDING AT PATHEOS Catholic