What Happens When We Abandon Subsidiarity #AlfieEvans

What Happens When We Abandon Subsidiarity #AlfieEvans April 25, 2018 Jennifer Fitz

Subsidiarity is the organizing principle that a matter should be handled by the lowest level of authority competent to handle it.  This is why, for example, we have potty-training: It’s important for parents to change diapers up to a certain point, but then one day your child becomes capable of handling matters for himself, and needs to be taught to do so.

The same is true of family life: Inasmuch as your family is able to choose its own meals, employment, and living room decor, it is better to let the family do so.  It really doesn’t help for the local government to get involved.

Rerum Novarum explains it with respect to family life this way:

The contention, then, that the civil government should at its option intrude into and exercise intimate control over the family and the household is a great and pernicious error.

There are limits to a family’s autonomy, however:

True, if a family finds itself in exceeding distress, utterly deprived of the counsel of friends, and without any prospect of extricating itself, it is right that extreme necessity be met by public aid, since each family is a part of the commonwealth. In like manner, if within the precincts of the household there occur grave disturbance of mutual rights, public authority should intervene to force each party to yield to the other its proper due; for this is not to deprive citizens of their rights, but justly and properly to safeguard and strengthen them. But the rulers of the commonwealth must go no further; here, nature bids them stop.

One of the points that can upset people about Rerum Novarum is its constant mentioning of a father’s authority in a family.  Here at Patheos Catholic, Marie Kopp writes about growing up in abusive Catholic home.  After sharing her story, she shares some quotes from the USCCB about the Church’s teaching on domestic violence.  There’s no tension here between Rerum and the USCCB: It’s all of one cloth.  A father’s authority is the authority to do good.  It’s not the authority to inflict evil.

Thus the USCCB rightly observes that the first line of authority for responding to that abuse, whenever possible, is the wife and mother.  You are not obliged to wait for the state to step in and rescue you from your abusive marriage. If you are able to take steps on your own to assure your own and your children’s safety, do it.  The state is there to assist when needed, though.

The trick here is in the when needed.  And thus we get to the galling situation of the UK’s refusal to let Alfie Evans’ parents take him to Italy for medical care.

The issue here is not about end-of-life care.  We are under no obligation to provide extraordinary life-extending measures.  Neither is this a case of the parents wanting to provide ordinary care in an inappropriate manner: For example, though it is always gravely evil to deny food and water to those who care capable of receiving them, as death approaches there is often a transitional phase when the body ceases to be able to use food or fluids.  The court has not proven in any way that Alfie Evans is being harmed by the administration of care that his body cannot tolerate.

Updated to clarify: It appears from some reports that the British government wants not only to remove Alfie’s ventilator, but also to deny food and fluids.  If so, the evils are compounded.

Indeed, if Alfie’s parents wanted to remove extraordinary measures, from all the information we have about the case, it appears that would be a moral option.  As with many medical decisions, there can be several moral options.

Where the UK has gone terribly wrong is in usurping legitimate parental authority.

Here are the facts of the case:

And of course it would be dreadfully embarrassing at this point if Alfie’s parents turned out, against all realistic hope, to be correct and the boy ended up improving under different care.

Ordinarily governments get involved, rightly, when there is concern that a child’s health or safety is endangered.   So consider how absurd a failure to practice subsidiarity this is: The kid is gonna die. What is the government afraid of? That his parents are unable to make to make him dead enough? 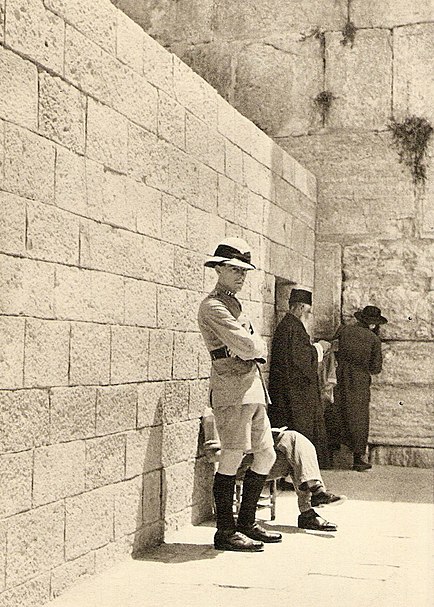 May 18, 2018 Economy with an "O" & Other Good Stuff
Browse Our Archives
get the latest from
Sticking the Corners
Sign up for our newsletter
POPULAR AT PATHEOS Catholic
1

More Important than Belief in the...
Messy Inspirations
Related posts from Sticking the Corners

Catholic
Education vs. Childcare vs. Public Goods
Sticking the Corners

In which, apparently, the country has completely lost...
In the news last night:  "Chicago-Area Leaders Call for Illinois to Abolish...
view all Catholic blogs
Copyright 2008-2020, Patheos. All rights reserved.