Privilege is Blindness (by John Frye) 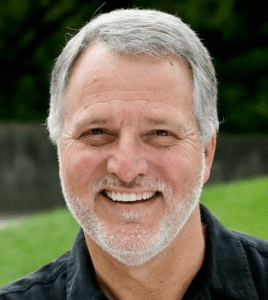 Apparently when Jesus shed his blood in fulfilling his redemptive mission, his blood was red, white and blue. That’s my observation from watching and reading many Christian reactions to the recent U.S. Supreme Court decisions. Too many USAmerican Christians have fused (one version of) American history with some of their favorite Bible verses and with their real fears of living in an increasingly complex, pluralistic culture.

Fear is the key factor.

So many Christians are now doubling down on the belief that the Great Commission is “to save America”or “to take America back for God.”(Tell that to my Native *American* Cherokee forefathers.) As a Christian pastor, I agree with the biblically-informed definition of marriage that God, our Creator, intends marriage to be a covenanted union between one man and one woman for life. But like so many of God’s intentions, rebellious people, including Bible-believing Christians, twist up God’s word to fit their lifestyles (exhibit A: divorce).

Why should I expect a nation, even one like ours, of increasingly secular people to live by God’s definition of marriage, let alone to obey the Ten Commandments? The USA is the number one arms dealer in the world, the number one producer of pornography, a leading consumer of the world’s resources, awash in the market for and the violence caused by illegal drugs, and, since Roe vs. Wade, a leading practitioner of abortion with increasingly, ghastly abandon. Tell me, what’s so “Christian”about any of this? Bible verse-bearing stone monuments in our national capitol have never made this a Christian nation. We’re fools if we think so. Parroting all that is good about America does not erase all the evil.

Why do we (Whites) think that our Black citizens might get real jumpy about “taking America back for God”? Why might African Americans be cautious about going back to the good old days of a controlling Judeo-Christian consensus? What religious affiliation dominated the Ku Klux Klan?  Do some Christians really want to continue “a kinder, gentler apartheid” than that which was practiced in South Africa?

Grade school versions of “American history” never did tell us white U.S. citizens what atrocities were committed against Black human beings. We simply learned about George Washington Carver and the peanut and Lincoln freed the slaves. Being so clueless about the historical pain of Blacks, we Whites are now truly confused about the current racial turmoil.

Privilege is a blindness.

You can quote Jesus on that (John 9).

In the middle 1970’s I was a young pastor of a church plant in Texas. [This next sentence is graphic, yet 100% true.] I had an elder tell me, “As long as I’m here, there’ll be no ‘niggers’or ‘spicks’ come through these doors.” I could hear the Apostle Paul’s scream all the way from heaven. I was shocked. Why? The one and only gift to this fractured planet that offers a way out of the power-keg mess that globally prevails is Christ’s commitment to “build his church.” The church Jesus is building is a global community of transformed human beings, a new humanity of Black, White, Hispanic, Asian, Arab, Israeli, Poor, Wealthy, and on and on.

U.S. Christians want to build America in order to keep their privilege.

Christian civil religion acting as the main character to save America may actually be her downfall. When the national props and expected privileges are knocked away and the only things that matter to the church are the grace of God through Jesus Christ and the power of the Gospel of Jesus Christ, we might see an emerging shalom that catches a desperate world’s attention. The world that God sent Jesus to as The Hope of all was a world of ISIS terrorists, WASPs, KKKs and many others.

When they bleed, they bleed only red, as Jesus did. 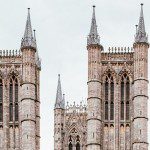 July 4, 2015 Weekly Meanderings on the Fourth of July
Recent Comments
25 Comments | Leave a Comment
"WOW UR TESTIMONY JUST SAVED ME. WOW. Thank you praise Jesus. (I feel like that ..."
Luu Saturday Afternoon Book Review: Andrew Farley
"Avoidance of these verses is at the heart of faulty conclusions. Humanistic interpretations are why ..."
Glenn Harrell What To Say When Someone Says ..."
"I think what you should say is: "I don't want to kink shame, but that's ..."
Spirit Plumber What To Say When Someone Says ..."
"Jesus dying temporarily for our sins doesn't really make much sense. Here's why:Let's say I ..."
C Nault What is a “Sacrifice of Atonement”?
Browse Our Archives
get the latest from
Evangelical
Sign up for our newsletter
POPULAR AT PATHEOS Evangelical
1