I speak here of the eternal subordination of the Son, of a teaching that some Reformed theologians are saying fellow Reformed types are not only not consistent with the Reformed tradition but are flirting with idolatry if not heresy. There are three posts of late at Mortification of Spin, two by Liam Goligher and one by Carl Trueman, and I take a clip from each.

These posts are aimed at Wayne Grudem, Bruce Ware and Owen Strachan. I have been in communication this week with a bundle of theologians who (1) are deeply concerned about these theologians and what they are teaching the church and (2) know that it is an uphill battle to get the principals to listen. But the voices from within the complementarian crowd that is self-critical on this issue of Trinitarian relations as a template for hierarchical complementarianism may move more and more to a position that sees the folly of this new theology.

I’m glad to see this conversation come into full view, and it’s coming into view with the right people doing the honors of debate. I hope it comes to a peaceful resolution, but I fear it could be a very serious battle first.

Before I get to Mortification of Spin, I point you to Mike Bird who thinks there’s a coming war on this one:

I predict that there is about to be a miniature civil war among conservative Calvinist Complementarians about Trinity and gender.

One wing of that movement has been arguing for a while that the Son is eternally subordinate to the Father and importantly the way that the Son submits to the Father is mirrored in the way that wives submit to their husbands. So the hierarchy in the Trinity is said to provide grounds for a hierarchy in gender relationships. Since this trinitarian debate is not really about the Trinity but about gender and equality, it is no surprise that Complementarians have been arguing for the subordinationist view (e.g., Bruce Ware and Wayne Grudem) over and against the Egalitarians who have been arguing for an equality of persons view (e.g., Kevin Giles, Gilbert Belizekian).

Yet it is worth noting that many Calvinistic Complementarians, especially one’s that know their patristic theology and doctrine of the Trinity, have always balked at the idea of postulating the Son’s eternal subordination and questioned the wisdom of using the Trinity to bankroll a particular view of gender. In their mind, Calvinist Orthodoxy is Nicene, it affirms the eternal equality of the divine persons, which rules out any hierarchical subordination. They are still complementarian in regards to marriage and ministry but they reject perceived tinkering with the Trinity by the Subordinationist Calvinists. This group of Nicene Calvinists has always been rather silent and never really offered vocal protest against the Subordinationist Calvinist. However, I think that is about to change.

Now to Mortification of Spin, linked above, and to the two-part post by Liam Goligher:

Is the Trinity no more than a social program for the world and the church? Is the eternal life of the Trinity hierarchical or egalitarian? Are there three minds, three wills, and three powers within the Godhead? Are the current Trinitarian views of some evangelical people in danger of leading them out of orthodox Christianity into eccentricity (at best) or idolatry (at worst)?

“The Father is the authority of Christ, and always has been…There is no Holy Trinity without the order of authority and submission” (Strachan and Peacock, The Grand Design).

“I hold to the eternal submission of the Son to the Father” (Wayne Grudem,www.waynegrudem.com).

Then Goligher turns to classic orthodox statements, and adds this:

It’s not hard to see who has moved! These quotes highlight what is at stake in the teaching of some contemporary evangelical scholars and pastors: they are presenting a novel view of God; a different God than that affirmed by the church through the ages and taught in Scripture. This is serious. It comes down to this; if they are right we have been worshipping an idol since the beginning of the church; and if they are wrong they are constructing a new deity – a deity in whom there are degrees of power, differences of will, and diversity of thought. Because, mark this, to have an eternally subordinate Son intrinsic to the Godhead creates the potential of three minds, wills and powers. What they have done is to take the passages referring to the economic Trinity and collapse them into the ontological Trinity. …

They are building their case by reinventing the doctrine of God, and are doing so without telling the Christian public what they are up to. What we have is in fact a departure from biblical Christianity as expressed in our creeds and confessions. Out of that redefinition of God their teaching is being used to promote a new way of looking at human relationships which is more like Islam than Christianity; more concerned with control and governance than with understanding the nuances of the relationship of the Son with His Father in eternity on the one hand and how that differs from the roles they adopt in the economy of redemption on the other. They make this move by failing to distinguish between God as He is in Himself (ontology) and God as He is in Christ in outworking of the plan of redemption (economy).

[his second post] The church long ago rejected any form of primacy of the Father within the eternal Trinity, though there were some among the fathers who wanted to assert primacy to justify bishops in the church, just as there are some among evangelicals who want to assert primacy to justify patriarchy in the home and beyond. And the church long ago rejected any form of eternal subordination of the Son to the Father. The language of Psalm 110 makes it quite clear that when the Son speaks to the Father, He speaks as God to God, as Lord to Lord. Jesus quotes that psalm in Mark 12 where He claims to be Lord, and is completely understood by the rabbis as claiming to be the ‘Son of the Most High’ that leads to their charge of blasphemy. In other words, the Pharisees understood Jesus’ claim to be Son as an ontological claim. …

So, here is the bottom line: God has revealed Himself as Trinity. To speculate, suggest, or say that there is a real primacy of the Father or subordination of the Son within the eternal Trinity is to have moved out of Christian orthodoxy and to have moved or be moving towards idolatry. Idolatry is to believe or say of God something which is not true of Him. Scripture is our authority in the matter; and the church’s confessed faith is a safety check on our understanding of it. This gospel clarity is imperative for the pastor/preacher. With the souls of men and women at stake, confusion or unwarranted speculation (in the interests of novelty or academic advancement) at this point is fatal. The church took so long to articulate its position on the Trinity and Christology because it recognized the danger of heresy and blasphemy. What we face in evangelicalism today is at best shoddy thinking and at worst ungodly thinking about the first principle of our religion – “Who is God?” The teaching is so wrong at so many levels that we must sound a blast against this insinuation of error into the body of Christ’s church. Before we jettison the classical, catholic, orthodox and reformed understanding of God as He is we need to carefully weigh what is at stake – our own and our hearers’ eternal destiny.

Carl Trueman, in his post called “Fahrenheit 381,” is calling for the leaders to take a stand:

That this species of subordinationism has been endorsed by New Calvinist leaders is disappointing.  The movement has been swift to deal with errors on the doctrine of scripture or justification but, historically speaking, errors on the doctrine of God have more often been the real source of problems for the church, whether we are thinking of Arians in the fourth century, Socinians in the seventeenth, kenoticists in the nineteenth or open theists in the late twentieth….

Because we live at a time when good teaching on the differences between men and women is needed more than at any previous moment in history, it is sad that the desire to maintain a biblical view of complementarity has come to be synonymous with advocating not only a very 1950s American view of masculinity but now also this submission-driven teaching on the Trinity.   In the long run such a tight pairing of complementarianism with this theology can only do one of two things.  It will either turn complementarian evangelicals into Arians or tritheists; or it will cause orthodox believers to abandon complementarianism.   The link is being pushed so firmly that it does not seem to offer any other choice.

The leaders of the organizations which represent New Calvinism have weathered storm after storm, from Driscollgate onwards, by maintaining a firm grip on the mainstream New Calvinist media, by licensing just enough criticism to reassure concerned onlookers, and by stoic public silence in the face of numerous scandals and controversies.  But this one is surely too big and the stakes are too high.  It has to be addressed.  We are not here dealing with the rogue actions of some boisterous celeb preacher in a Mickey Mouse tee-shirt; this is a specific form of theology which is deeply embedded in the very foundations of one of the movement’s professed central distinctives.  The New Calvinist leaders need to speak up, and they need to speak up now….

Subordinationism was found wanting in the fourth century and set aside for very good reason.  It is thus surely time for somebody of real stature in the New Calvinist world to break ranks with the Big Eva[ngelical] establishment and call out this new subordinationism for what it is: a position seriously out of step with the historic catholic faith and a likely staging post to Arianism. For if this is allowed to continue with official sanction or simply through silent inaction, then the current New Calvinist leadership will have betrayed the next generation in a deep and fundamental way.  Far more so, I might add, than those who allow a talented woman to teach the occasional Sunday school class.

Folks, these are not folks on my team in this debate, but I have ever since I began to hear this connection of Trinitarian relations and male-female relations said “These folks sound far too Arian.” Now we are hearing from within their own circles. Will someone stand up and say, “This is not right. Be done with it.” Or are the powers that be so enthralled with each other that if one cat falls off the fence the whole lot of them falls — so let’s surround one another in a night song? 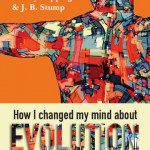