The Horror of Meticulous Determinism 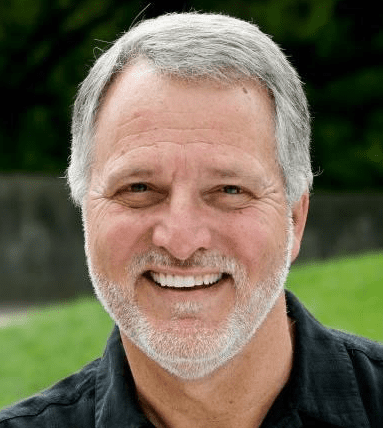 By John Frye, #8 in his series of Top Ten Books in his life.

You’re seated in a prayer circle of seven people. Other prayer circles dot the sanctuary. A young man in your circle begins to offer a litany of unexpected hardships, bouts of anxiety, his own version of a terrible-horrible-no-good-very-bad day. He concludes by saying, “I just don’t know why God is doing this to me!” Seated in your circle is Dr. Victor M. Matthews, former Professor of Systematic Theology at Grand Rapids Theological Seminary, who on hearing the young man, stares him down and testily responds, “I am sick and tired of all the devil’s work being laid at the feet of God. Quit blaming God for your tough time.”

Dr. Victor Matthews suggested we read Gregory A. Boyd, God at War: The Bible and Spiritual Conflict. I knew of Greg Boyd only through his little book Letters from a Skeptic in which Boyd shares correspondence with his unconverted father, a literary father-son apologetic. God at War was a game-changer for me at both a theological and ministry level.

Some back story. Dr. Matthews, along with some other Christian leaders (e.g., Dr. C. Fred Dickason of Moody Bible Institute), taught seminars on spiritual warfare. Frank Peretti’s novels about spiritual conflict had in the 1990s blazed through segments of the evangelical church. Spiritual warfare captivated the attention of many.

Boyd, after introducing the prevalence of a spiritual warfare worldview in cultures throughout history and in the Bible itself, immediately rocked my received thinking regarding evil and the sovereignty of God. Boyd contends that the prevailing classic view of the God of meticulous determinism staggers under the weight of real evil in the world. The classic view’s contention that no will in the universe operates outside God’s eternal and comprehensive decree complicates the reality of spiritual warfare rather than resolves it.

Those holding the divine meticulous determinism view argue that Boyd’s view undermines God’s sovereignty and omniscience while Boyd argues that his view magnifies those realities in God. (Boyd was actually the subject of a heresy trial over his open theism views.) There is no way to escape that God is the author of evil when you hold that all that happens is decreed by God in God’s eternal, comprehensive decree. I remember J. I. Packer writing about this issue in his little paperback, Evangelism and the Sovereignty of God, by introducing the term antinomy. The issue was God decreeing Satan’s resistance to God’s own will. God willed Satan’s willful resistance. We need a word for that: antinomy. I call it “the Calvinistic punt.” Boyd asks, “Does this [classic view of] omnipotence necessarily entail that God is all-controlling, as the classical-philosophical tradition after Augustine has been inclined to assume? Does affirming that God is omnipotent commit one to the view that a good divine purpose lies behind particular events…?” (41).

Did God decree evil and then send Jesus to “mop it up,” so to speak? Did Jesus come to reverse God’s decree? Is there a disunity in the Trinity? The classic omni-control view’s appeal to antinomy and mystery seems to be a way to escape where simple logic would lead anyone.

If everything, down to the a single molecule’s activity (R. C. Sproul), is decreed by God and is so decreed for God’s glory, then when Zosia, an alive young Jewish girl in the Warsaw ghetto, has her beautiful eyes gouged out by Nazi soldiers to make two rings—one for a Nazi leader and his wife—the loving God of the universe decreed this for his matchless glory (see Boyd, 31-72).

I stopped drinking the kool-aid of Augustinian/Calvinistic determinism. Rather than getting mad at God about evil or reciting inadequate platitudes (“all things work together for good”), I was able to focus energy on the real enemy and the real cosmic conflict.

Will Howard Stern run for president?
Howard Stern is considering a presidential bid. He says his platform will...
view all Evangelical blogs
What Are Your Thoughts?leave a comment
Copyright 2008-2021, Patheos. All rights reserved.
Close Ad