Death of the Church 4 (Todd Dildine) 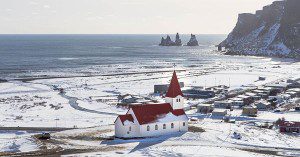 This is the final part in a four-part series (part 1 part 2 and part 3) that applies the instruments of social science to address the declining attendance rate in the American church and what to do about it.

How hyper-individualism is killing the Church

A shift has occurred. We have moved from a “we” culture to a “me” culture. Since the 1950s, American society has been reorienting markedly toward valuing individualism, and it’s reached a point where it has become a prime factor responsible for pulling our Church community apart. We are more likely to understand ourselves in relation to our selves than in how we affect and are affected by others.

This is a difficult one for us Americans to fully identify, because describing individualism would be like describing water to a fish. It is all around us — it’s normal. It’s perhaps even one of the attributes that has helped America become so materially successful. But we can see it more clearly by comparing different time periods in America, contrasting today’s society with when we were more community oriented.

During WW2, American propaganda invoked men to participate by calling them to do their duty for their country. To fulfill their community obligation. Not because it’s something that would serve their individual interests, but the good of the whole. In a more individualistic culture, appealing to the value of community obligation would fall flat on deaf ears. Today, the Army applies a different tactic — appealing to the individual. What will the army do for me? The Army will help me “be all I can be.”

In his newest book, Harvard Political Scientist Robert Putnam illustrates the water we swim in by highlighting the colloquial definition of the phrase “our kids” and how it has changed in meaning over the past decades. In 1950, when parents used the phrase “our kids,” in general they were claiming responsibility over the kids of their community at large. Today, in a more individualistic world, when parents invoke the phrase “our kids,” they are much more likely to be referring to their own biological kids. Their sense of responsibility is more confined to their own kin, not the larger social network around them.

An example: How this affects the Church?

Imagine that you are in church that has a youth program that appears to be decaying. How might a parent who is oriented towards community respond compared to a more individualistic parent?

The parent from the 1950s would be more likely to jump in and see it as her duty to help build the program back up to vibrancy. She might volunteer, host a gathering, or teach a class. If someone asked her to justify her new zeal, she might respond with something like “our kids deserve better than what they are getting — so I’m going to work at it.”

A more individualistic parent might have sympathy for other kids, but when push comes to shove, it’s his kids he’s concerned about. When confronted with the problem of an anemic youth program, he is more likely to complain, remain silent… or simply look for an alternative youth program and move to a different church so his own kids are better off. If he was pressed to justify his actions, he might say “our kids deserve better than what they are getting — so I’m going to go somewhere else.”

Please read these two stories again. If you are a pastor or elder, can you imagine what your community would look like if it was filled with people that were oriented more toward the whole than themselves individually? Now consider what your community would look like if the people were kind and considerate, but ultimately more concerned about their own well-being. Actually, I doubt you have to imagine, because it’s most likely your reality.

One crucial point: Humans are necessarily both individualistic and collectivistic. This argument is not intended to fillet people for thinking about themselves. The problem, however, is that we’ve reached such an extreme — the “hyper” in hyper-individualism — that it’s having significant impacts on our communities, even our faith, and our systems are beginning to reflect and perpetuate that problem. The pH of the water around us has become so imbalanced that we don’t even realize we’re swimming in acid.

Before church leaders begin pointing fingers and complaining about brothers and sisters being hyper-individualistic (we almost all are, including me), let’s acknowledge that we’re all responsible for selling out and reinforcing a strong me culture by adopting a particular model of church.

Addressing the Me Culture

The most popular form of church employed today is a model that accepts a weekly church gathering as its main expression. The majority of parishioners attend a Sunday worship service that consumes about an hour or two a week, and then done — obligation met. In a consumer-driven me culture, the service with the best music and the most magnetic preacher typically attracts the most attention, so many churches focus the bulk of their resources on enhancements like these. Unfortunately, this line of thinking mistakes grabbing attention as synonymous with building commitment.

Attention is not commitment.

Commitment is the bedrock of community.

Attention is what you find on Tinder: It’s lost as easily as it’s gained.

What is the way forward? Instead of culture guiding the Church, let’s be formed by the Word. The primary metaphor the authors of the New Testament used to describe the Church was not…

The primary metaphor of the New Testament authors is… FAMILY.

So where does this take us? What model helps us flourish?

Form should follow function. If you don’t start with purpose first, desired outcomes are not achieved. For example, the function of a green house is to grow healthy plants. Since plants need the sun and a specific climate to thrive, green houses are formed with plenty of windows and air temperature control. Or, consider the example in the negative: What if, instead of windows, a green house had concrete walls all the way around that were painted with thick green paint in order to justify its name somehow? The building’s design would not permit adequate sunlight to penetrate, and the plants would suffer from it. Consequently, the green house would not achieve its goal in growing healthy plants.

It’s a simple example, and yet we violate the same principles all the time. If the Church is called to be a family, and form should follow function, then the form it takes should focus first and foremost on cultivating a family. Jesus used metaphors that we understand intimately. If you are a parent, you probably know better than most what best practices form healthy families. Families eat with one another frequently throughout the week. They share with one another. They bear with another. They take care of each other. An ideal family typically lives near each other in order to check in on one another.

If the church is going to address the ACF of ME

than the church must prioritize gatherings that cultivate family

Concluding to the Series

I can understand if you find this series depressing. I wasn’t really trying to put a positive spin on the decline of the church. I was diagnosing our problem.

When your dentist says you have eight cavities, he isn’t trying to depress you. He’s trying to help. We all now have two choices concerning our cavities. We can cough up the cash and enter into the intense pain of dental work to repair our teeth or… avoid it and hope that the cavities will go away.

Out of these two options, which one do you think is the right thing to do?

But you know what would be more depressing? Ignoring the problem and hoping it will go away.

I’m concerned that a mentor of mine is right—for the majority of churches, leaders, elder boards, and church leaders… the patient isn’t sick enough yet for the Church to change.

I hold out hope that he is wrong.

Whatever your disagreements with my proposals on how churches address the ACFs, you must come up with your own methods and practices to address them. The reality is that our house is structurally damaged, and cosmetic solutions will not solve the problem. You must wrestle with the reality that the 3 ACFs are actually poisoning our communities.

In my humble opinion, the churches that will most successfully and faithfully navigate the 21st century challenges the ACFs present are churches that follow…

If you have questions, I would love to talk.

Or email me at