A Little Exercise for New Historians: An Interview

A LITTLE BOOK FOR NEW HISTORIANS

(Robert) Tracy McKenzie is Arthur F. Holmes Chair of Faith and Learning along with being a professor of history at Wheaton College. He is the author of several books. His book, The First Thanksgiving, was the subject of a previous interview here:

Tracy’s latest book is the short, but long on wisdom, A Little Book for New Historians.

David George Moore conducted this interview. Some of Dave’s teaching and interview videos can be found at www.mooreengaging.com.

Moore: What was the impetus for writing this book?

McKenzie: Intervarsity Press approached me some years ago about contributing to a prospective series, now well under way, designed to provide brief introductions to academic disciplines from a Christian perspective. Each book in the IVP series is titled “A Little Book for New _____” with titles already out for new scientists, philosophers, theologians, and now historians, among others. The expectation is that the series will primarily find an audience in Christian college classrooms, but I believe that the book can be useful and accessible to anyone who wants to think “Christianly” about the past. That’s my heart’s desire, at least.

Moore: Enrollment steadily decreases of students with majors in the humanities. What do you think are some of the most significant reasons why, what can be done about it?

McKenzie: The conventional answer is that the economy drives such patterns above all else, with the recession that began in 2008 discouraging college students (and their parents) away from “soft” academic disciplines that don’t seem to guarantee immediate lucrative employment after graduation. I think there’s a lot to that. There’s also been a concerted emphasis at the K-12 level on STEM disciplines, predating the recession, that reinforces the narrative that the humanities are a poor investment. I am reflexively suspicious of simple answers, however, and I suspect that there are multiple other variables at play as well.

What to do about it? The common response in humanities departments is to challenge the widespread perception that humanities grads all end up as baristas, to make the case that rigorous liberal arts programs actually inculcate a variety of analytical, persuasive, and communication skills that equip students to flourish in a broad range of occupational contexts. A common argument is to look at post-graduation income patterns and to observe that humanities grads start out at lower incomes but that they “catch up” within a few years. While this appears to be true, I am always uneasy in making such arguments, because at bottom they tacitly accept the cultural assumption that the only education worth paying for is vocational education. This is why I insist on telling every prospective student who visits Wheaton—and the parents who often accompanying them—that while rigorous training in the humanities can actually prepare them for a broad range of career paths, there are even greater goals to aspire to, namely to learn how to pursue wisdom to the glory of God, the love of our neighbor, and the edification of our souls.

Moore: Does being a Christian have much of a bearing on how you understand and teach history?

McKenzie: It doesn’t automatically. Almost every academic historian in the United States has been trained in a secular graduate program, and one of the things that the Academy does well is to teach its citizens to compartmentalize religious beliefs that would threaten the reigning materialist orthodoxy. It’s a “don’t ask, don’t tell” environment in which students and professors are supposed to bracket their religious convictions, reserving them for a portion of their lives that is safely sealed off from their academic vocations. When we begin really to take seriously the scriptural command to “take every thought captive to obedience to Christ,” however, the compartmentalization that the Academy demands becomes profoundly frustrating and dispiriting. That was my experience, in any case. To answer your question, I would say that being a Christian should affect how I understand and teach history. God has created us as historical beings who live in time, with all that that means. He has implanted in us a historical faith, and he has bound us to the past by engrafting us into a historical church. I believe that when we approach the study of the past with humility and awe, recognizing the past as a sphere that God has ordained and prompted by biblical dictates and principles, the study of history can become both an act of obedience and an expression of worship.

McKenzie: At the outset of the Little Book I do my best to drive home the basic truth that history is not synonymous with the past, that in fact the difference between the two is vast. Then, rather than offer them a propositional definition of “history,” I choose instead to develop a series of metaphors to inform their thinking about what is history is, why it is important, and how they might learn to think historically themselves. One of those metaphors is conversation. At the most basic level, in juxtaposing conversation about the past and with the past, I am simply trying to help students think about the difference between primary and secondary historical sources. We enter into conversation about the past when we engage secondary sources. We enter into conversation with the past through the study of primary sources. At a deeper level, I also want to challenge students to seek transformative knowledge, and in this respect I also find the about/with distinction helpful. In contrast to conversing about the past, conversing with the past connotes a level of intimacy and immediacy and raises the possibility that in conversing with we might actually learn from. One of my favorite quotes, which I include on the syllabus for every course that I teach, is David Harlan’s observation that, at its best, the study of history can be “a conversation with the dead about what we should value and how we should live.”

Moore: Most Americans, and yes, this would include most American Christians (!) live in echo chambers. It is reflected in a variety of ways like only watching one cable news network. How does the study of history help us to better scrutinize the problems with our comfortable echo chambers?

McKenzie: Echo chambers are an obstacle to the examined life, or in scriptural terms, they make it impossible to “take every thought captive.” The reason for this is simple: We rarely think deeply about questions that we consider settled. Why should we? If we don’t know personally a single intelligent, well-meaning person who disagrees with us on an issue, it becomes all too easy to conclude that all other perspectives are either the product of ignorance or malevolence; those who disagree with us must be either stupid or evil. This is deathly to the life of the mind.

But echo chambers aren’t defined solely by which cable news network you watch, and they’re not limited exclusively to ghettos of red or blue voters. Areas in which there is agreement across the political divide can assume a sort of “givenness” as well, leading to the unspoken assumption that the current way of seeing things is the only plausible way. Nearly eighty years ago, C. S. Lewis predicted that among the things that would shock future generations about the 1940s, that would cause future historians to marvel how any intelligent people could believe such a thing or act in such a way, would include values on which Hitler and Roosevelt were agreed. The study of history helps us to see the values and assumptions of our own moment that are so ubiquitous that we neither see them nor scrutinize them. To cite just one example, contemporary American culture is supremely individualistic as compared to the 18th century, but because that value is so nearly universal today, it becomes invisible to us until we engage with a time when the predominant values were starkly different.

Moore: I am grateful that you touched on the need for scholars to demonstrate, especially in their own lives, that disciplines like history should have a “so what?” component. Would you unpack a bit why you included that particular need?

McKenzie: Academic historians typically define the “significance” of our scholarship first and foremost in terms of its historiographical contribution, by which we mean how it either expands on, modifies, or challenges what other academic historians have said on the subject. What is missing from this definition is any concern about whether individuals outside the Academy have read, understood, and benefited in any significant way from our labors. If anything, historians whose readership becomes too large run the risk of no longer being taken seriously by their peers. As a Christian, this bugs me. When the early Reformers first began to write about vocation, one thing they quickly agreed on is that vocation is intertwined with the call not only to love God but also to love neighbor. They took for granted that every legitimate vocation, albeit in different ways, must serve the common good. And so in the Little Book I challenge readers to insist on a “so what” answer that is not first and foremost historiographical. It’s entirely appropriate when students conduct research to determine what previous historians have concluded on a given subject, I just don’t want them to stop there. Invariably, they will begin by exploring what happened in the past and why, but I also them to meditate on the meaning of what they are learning, to learn to wrestle with the significance of the knowledge that they’re acquiring to the present. When they conduct their own research, I want them to remember that they are listening to the dead in order to speak to the living, or more precisely, to be a blessing to them.

Moore: What are a few things you would like readers to take away from your book?

McKenzie: One of the things that I consciously tried to do is to tear down the barrier that academic historians too often erect between the Academy and the larger society by insisting that “history” is something that only trained historians do. I argue instead, as Margaret Macmillan put it, that “History is something we all do, even if, like the man who discovered he was writing prose, we do not always realize it.” We are all unavoidably historians, in that we necessarily draw from the past to understand the present and address the future. God has created us as historical beings. But this doesn’t mean that we are naturally good at historical thinking. Another hope that I have is that readers would get a glimpse of how the systematic development of historical habits of mind can enrich their lives. I believe that any academic pursuit worthy of being labeled “educational” should change us in three ways: in what we know, in how we think, and in who we are. Perhaps my highest hope for the Little Book is that it would convince readers that the study of history can be genuinely transformative. 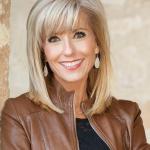 June 1, 2019 Wade Burleson Calls Out SBC Bullying of Beth Moore
Recent Comments
0 | Leave a Comment
Browse Our Archives
get the latest from
Evangelical
Sign up for our newsletter
POPULAR AT PATHEOS Evangelical
1