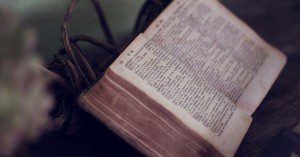 The Southern Baptist Convention (SBC) met this week in Phoenix for its annual meeting. As a pastor of an SBC church, I took great interest in what transpired. There seemed to be two major topics that dominated the news at the meeting.

The first topic was the statistics that came out to show that although the SBC increased in the number of churches, their actual membership is in continual decline. The number of Southern Baptists it takes to convert one person to Christ is now 54, according to the latest information from the Baptist Press.

Gene Veith does a great job at reporting the shrinking numbers, and I would encourage you to read his article. Christianity Today also has more information about the decline as well. Other people across the religious spectrum like Captain Cassidy have noted the decline with humor and make important observations outside the denomination that Southern Baptists would be well to heed.

Opposition to White Supremacy and the Alt-Right

White supremacy and the Alt-Right dominated the press as well. The evangelical denomination initially declined to consider a statement of its opposition to the alt-right, according to the Atlantic. The Washington Post weighed in on the drama as well. Ed Stetzer posted the proposed resolution #10 and clears up some confusion about it. The resolution eventually passed, according to CNN.

The events highlight the divisions in the Southern Baptist family of churches. The group did affirm a resolution on the importance of moral leadership along with eight other resolutions. Yet, the divisions from the previous election are still fresh in the minds of many people in the SBC, according to Religion News Service.

I wrote about these divisions concerning supporting Russell Moore as he criticized candidate Donald Trump and some church’s refusal to give Cooperative Program mission money as a result.

The declining numbers are related to the problem with white supremacy resolution that had difficulty getting approved during this year’s annual meeting. First, the SBC has an image problem. It has difficulty reaching out to other races, and the kerfuffle over the resolution against alt-right white supremacy highlights that problem. The SBC did vote in a slate of diverse officers, and the Pastor’s Conference elected H.B. Charles, Jr. as its new president. However, the SBC has a lot more work to do to overcome this problem.

Second, the SBC is going to have to engage in much more evangelism. As one speaker noted, churches must evangelize or they will fosselize. It is going to take an army of soul-winners in order to turn the tide of baptisms in SBC churches. However, the work is very hard to do because people in SBC churches seem to be more easily divided than united. That is true at the local level as well as the national level. Yet, if we spend time sharing Christ with others, God will honor our efforts. 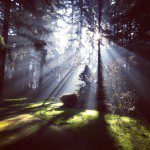 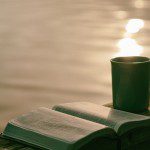 June 15, 2017 4 Ways to Thank the Lord
Recent Comments
0 | Leave a Comment
"I would of gone just I little further with the scripture that you mentioned so ..."
D.M.S. What Christian Growth Looks Like
"i really gain a lot of insight on how to defend marriage. This article was ..."
Nathan Andreas Mark 10:1-12 How to Defend Biblical ..."
"Excellent exposition, Jim -- Yes, and discernment is actually a free gift of the Spirit ..."
tovlogos What Christian Growth Looks Like
"Good analysis. For the generational gap the means of information doesn't change the content."
Jesse H 5 Major Fault Lines in the ..."
Browse Our Archives
get the latest updates from
Jim Erwin
and the Patheos
Evangelical
Channel
POPULAR AT PATHEOS Evangelical
1

Announcing...Living the King Jesus Gospel (A...
Crux Sola: Formed by Scripture to Live like Christ
Related posts from Jim Erwin