Patheos Explore the world's faith through different perspectives on religion and spirituality! Patheos has the views of the prevalent religions and spiritualities of the world.
Christ is born!

Do Christians put too much emphasis on Christmas and not enough on Easter? It may sound surprising, but it turns out that several serious theologians and Christian thinkers have been saying so of late. But not so fast! You can’t pit one holiday against the other.

I was reminded of the strong thread that knits together these two holidays last night at church. Amid readings and hymns that highlight the advent of Christ, we repeatedly sang this line, taken from Galatians 3:27:

As many of you as have been baptized into Christ have put on Christ, Alleluia

It’s an Easter hymn. We die and rise with Christ when we are baptized, as is clear from other New Testament passages. Historically speaking, catechumens are most commonly baptized and received into the Church at Easter time. Galatians 3:27 is chanted throughout the Easter season in Orthodox churches for this reason. But its inclusion into the Christmas liturgy is a purposeful juxtaposition.

During his homily last night, Fr. Stephen Rogers pointed to the reason, the mystery that ties the holidays together: Christ put on our nature so that we can put on his. The first happens at the Incarnation, the second happens as a result of the Resurrection. You can’t divide them without destroying the one mystery that they both accomplish and celebrate.

The Icon of the Nativity amplifies this point. In Orthodox tradition the stable in which Mary and Joseph took refuge was a cave. The icon depicts Christ tightly wound in swaddling clothes and laying in a box in the cave, deliberately foreshadowing the grave clothes and sepulcher.

Wilson draws attention to the same imagery. “The babe in swaddling clothes comes with a mission to fulfill,” he says. “[A]s we sing carols for his birth, we see him taken down from the cross, wrapped in ‘a clean linen cloth,’ and laid in the tomb of a friend. That’s the cloth that is left behind in the empty tomb on Resurrection morning.”

Let the winding sheets be the thread that binds these holidays together in our minds. The Church directs us to do so because our salvation is only possible because of them both.

He lowered himself to elevate us. 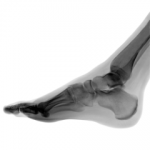 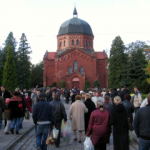 December 29, 2010 Life in the community of faith
Recent Comments
1 Comment | Leave a Comment
"Thank you, I am a Mormon and my love for Jesus Christ is only surpassed ..."
Tina Beal Why Mormons aren’t Christians
"Two kings were about to wage war against King Ahaz. Isaiah comes along and gives ..."
Prizm Is the virgin birth really predicted ..."
"Praying three times a day is the Jewish prayer schedule. Blessing the Lord seven times ..."
Jennifer Lee Why pray the hours?
"So do you have any evidence that the Greek version is more authentic to the ..."
geoffrobinson You’re reading the wrong Book of ..."
Browse Our Archives
get the latest from
Evangelical
Sign up for our newsletter
POPULAR AT PATHEOS Evangelical
1

Evangelical
Why you need the church to read your...
Joel J. Miller
TRENDING AT PATHEOS Evangelical