Well, sort of. Let me explain. There is a widespread belief — or maybe a suspicion — that Christmas is little more than a baptized version of a pagan winter solstice celebration. The idea is that the church “christianized” the celebration so recently converted pagans would celebrate Jesus instead of Saturn or Sol or what have you.

But I’m afraid that’s bogus. In the early church the resurrection of Christ was celebrated, not so much his birth. Easter was the thing. Because of that, fixing the date of Christ’s passion was of great importance for the ancient Christians, and in the West they adopted the date of March 25.

March 25 is important for Christmas because at the time of Christ it was commonly held that prophets died on their birth or conception date. It’s the idea of “integral age,” as William J. Tighe notes. That’s why the Annunciation is liturgically celebrated on March 25; Christ’s conception came right after Gabriel’s news.

Now, add to this the theologically-important connection between the womb and tomb — something John Behr discusses in The Mystery of Christ — and the real story emerges: Christ died on the same date of the Annunciation (his conception), and Christmas Day is exactly nine months from March 25.

You can see how easily Augustine holds these concepts together in this passage from On The Trinity:

For He is believed to have been conceived on the 25th of March, upon which day also He suffered; so the womb of the Virgin, in which He was conceived, where no one of mortals was begotten, corresponds to the new grave in which He was buried, wherein was never man laid, neither before nor since. But He was born, according to tradition, upon December the 25th.

When Christians began to celebrate Christmas as a separate feast on the liturgical calendar, the date was pre-planned by the earlier agreement on the date of the Annunciation and passion. They just counted nine months and landed on December 25. It’s got nothing to do with pagan celebrations and everything to do with the conception of Jesus. 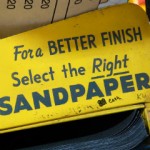 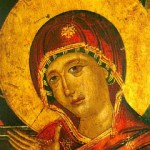 March 27, 2012 Mary said yes. What about us?
Recent Comments
1 Comment | Leave a Comment
"Thank you, I am a Mormon and my love for Jesus Christ is only surpassed ..."
Tina Beal Why Mormons aren’t Christians
"Two kings were about to wage war against King Ahaz. Isaiah comes along and gives ..."
Prizm Is the virgin birth really predicted ..."
"Praying three times a day is the Jewish prayer schedule. Blessing the Lord seven times ..."
Jennifer Lee Why pray the hours?
"So do you have any evidence that the Greek version is more authentic to the ..."
geoffrobinson You’re reading the wrong Book of ..."
Browse Our Archives
get the latest from
Evangelical
Sign up for our newsletter
POPULAR AT PATHEOS Evangelical
1