After watching Peter Jackson’s Hobbit, the usually soft-spoken Frank Schaeffer compared it to a botched circumcision. “[T]hey left everything they should have taken and took what they should have left,” he said, quoting Surgeon General C. Everett Koop.

“The spirit of the book has been almost entirely lost and replaced by a movie that looks as if it was made to spin off theme park rides and videogame derivatives rather than to tell the story as written in the beloved children’s classic,” said Schaeffer.

J.R.R Tolkien’s son and the keeper of his literary legacy, Christopher Tolkien, agrees with the assessment. In 2012 the typically reclusive Christopher, who lives in France, gave a rare interview to Le Monde. I missed it when Worldcrunch offered its translation but was excited to see it last night nonetheless.

Given the opportunity to meet with director Peter Jackson, Christopher declined. “They eviscerated the book by making it an action movie for young people aged 15 to 25,” he explained. “And it seems that The Hobbit will be the same kind of film.” His assumption was more right than he knew.

Christopher is fundamentally concerned about the debasement of his father’s work.

“Over the years, a sort of parallel universe has formed around Tolkien’s work,” said journalist Raphaëlle Rérolle, “a world of sparkling images and of figurines, colored by the original books of the cult, but often very different from them, like a continent that has drifted far from its original land mass.” It’s not just Jackson’s movies and its spinoffs. Le Monde mentioned, for instance, VeggieTales’ groan-inducing Lord of the Beans production. This continental drift has left Christopher beleaguered and evidently blue.

“Tolkien has become a monster, devoured by his own popularity and absorbed into the absurdity of our time,” he said. “The chasm between the beauty and seriousness of the work, and what it has become, has overwhelmed me. The commercialization has reduced the aesthetic and philosophical impact of the creation to nothing. There is only one solution for me: to turn my head away.”

Perhaps at this point, faced with the cartoonish spectacle of Peter Jackson’s Hobbit and two more artificially bloated films, we should too. 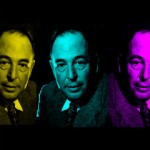 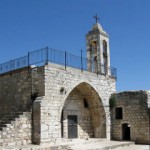 January 16, 2013 Vandalized church in Israel holds harsh memory
Recent Comments
8 Comments | Leave a Comment
"Thank you, I am a Mormon and my love for Jesus Christ is only surpassed ..."
Tina Beal Why Mormons aren’t Christians
"Two kings were about to wage war against King Ahaz. Isaiah comes along and gives ..."
Prizm Is the virgin birth really predicted ..."
"Praying three times a day is the Jewish prayer schedule. Blessing the Lord seven times ..."
Jennifer Lee Why pray the hours?
"So do you have any evidence that the Greek version is more authentic to the ..."
geoffrobinson You’re reading the wrong Book of ..."
Browse Our Archives
Related posts from Joel J. Miller