Vandals desecrated a church and cemetery in the Galilee village of Kafar Bir’em, spraying graffiti and dousing the building with incendiary fluid just days after Christmas.

The graffiti included the word “Revenge” in both English and Hebrew, racist language, stars of David, and a cross next to a phallic symbol.

The same village suffered a similar attack several weeks prior, according to the Committee for the Uprooted of Kafar Bir’em. Haggai Matar reported on the desecration here.

The attacks are among many over the last few years in which Jewish extremists have vandalized Arab properties and, as in Kafar Bir’em, even religious facilities like churches and monasteries.

Cars have been torched, orchards uprooted, and buildings burned and tagged with abusive statements, such as “Death to Christianity,” “Mary was a prostitute,” “Jesus is dead,” “Jesus is a monkey,” and “Jesus, son of a bitch, price tag.”

Price tag refers to the “price” these extremists are inflicting for interference with Jewish settlement plans — hence the use of words like “revenge.” The Israeli supreme court likens price taggers to terrorists.

For want of a home

It’s somewhat ironic that these attacks are connected to the loss of home.

Haaretz also covered the Kafar Bir’em story, but its headline was misleading. “Vandals desecrate north Israel church abandoned in 1948,” it read. But the church wasn’t abandoned; the residents of the village were kicked out by the new Israeli government.

On October 29, 1948, according to the Committee for the Uprooted of Kafar Bir’em, Israeli military came to town and demanded that the villagers surrender their firearms. They complied and turned in what few they possessed. Less than three weeks later, with no prior warning, an expulsion order was given. Everyone had to clear the town within 48 hours.

The same action happened elsewhere in the region. Israeli forces arrived in Beisan several months before the expulsion of Kafar Bir’em, which is just sixty miles to the north of Beisan. Anglican priest Fr. Naim Ateek recalls his town emptied:

As people gathered at the center of town, the soldiers separated us into two groups, Muslims and Christians. The Muslims were sent across the Jordan River to the country of Transjordan (now Jordan). The Christians were taken on buses, driven to the outskirts of Nazareth, and dropped off there, since Nazareth had not yet been occupied by the Zionists. Within a few hours, our family had become refugees, driven out of Beisan forever.

It was the same with the Christians in Kafar Bir’em. Told by authorities they would be able to return, so far, all these decades alter, they are still barred from doing so.

In 2011 the Jerusalem Post ran a story about the plight of the villagers and their efforts to return to their home. The Post interviewed Shadi Khalloul, a local activist:

He described a community that smuggled Jews to the pre-1948 yishuv, and has seen its contribution forgotten, with the people left unable to recover lands they lost in the war.

“We helped Jews escape to Israel through Lebanon when the British wouldn’t let them in. Some of these Jews would sleep in our village at night until the bus would come the next day and take them to Haifa. So in 1948 we didn’t run; most of those who ran were Muslims. We didn’t run because we knew the people we were facing, so we stayed,” Khalloul said.

“Instead of treating your allies well, you treated us like enemies. We were not enemies, we were allies. We helped the Jews and we expected the same treatment, and now we ask them to help us, allow us to go back and build the village again. . . .”

The politics and grievances of the Arab-Israeli conflict are impossible to sort out, but it seems that whatever impulses the tagging terrorists have to express their anger at lost settlements, it’s worth remember ing that some have already paid the price when no debt was owed. 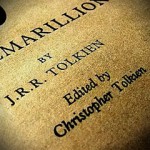