The whole Duck Dynasty imbroglio comes down to this: Phil Robertson blasphemed one of the few gods our culture really worships, sexual liberation and unfettered self-expression. Robertson did it with all the class of white trash (his phrase) and that made it more off-putting than it might otherwise have been, but he was walking into a propeller blade no matter how he said it.

It is not a free speech issue. No one’s speech has been hampered by the state. It’s a moral fight. We’re just as moralistic as we’ve always been — hence calls for Robertson’s head. It’s just the moral landscape is in a state of flux. What is widely received in some quarters is despised in others, and Robertson is (no surprise here) not terribly savvy about how to proceed.

Open gay writers like Camille Paglia and Brandon Ambrosino have come to Robertson’s defense. They realize the larger problem is not that Robertson is a Philistine or that he hates gays. It’s that we lack any ability to publicly talk about this continental drift in morality.

Along those lines, TV critic James Poniewozik has so far offered the best analysis of the story:

In TV, writers talk about getting notes from the network to ‘make the subtext text.’ That is, rather than be subtle, or hint at the meaning of a scene or dialogue without saying it in so many words, you need to make it clear so that nobody in your audience misses it. Robertson got in trouble, for once in TV history, for making the subtext text — for being explicit about the conservative Christianity that, when it was subtext, was a selling point for him and for his show.

The show works in part because the Robertsons are outspoken Christians, but there has been tension with A&E on that front from the beginning. We tolerate them so long as they are Christians to a point or in a certain way — which is to say moral declarations that run counter to the newly prevailing mood are tolerated so long as they only come in winks and nods. Beyond that, hiatus. Either way, of course, we’ll cash the checks.

Was Robertson crass, unkind, unthoughtful? Sure, that and more. Could others have expressed things better? No doubt. But we’re missing the story if we focus on him. The real story is the changing moral landscape, where things are moving fast and few (me included) seem to have the skills or resources for the conversation. 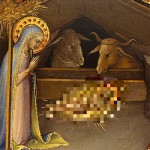 December 18, 2013
Read this before you burn that picture of Jesus
Next Post 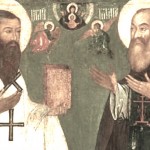 December 22, 2013 A quick lesson in effective communication from Basil the Great
Recent Comments
11 Comments | Leave a Comment
Browse Our Archives
get the latest from
Evangelical
Sign up for our newsletter
POPULAR AT PATHEOS Evangelical
1